The dollar began the month on its back foot, as the US reported increased numbers of Covid-19  infections and fatalities, while Asian and European data displayed relative improvement.

A gradual turnaround in the dollar took place mid-month based on unexpectedly strong US economic data. After losing a record number of jobs (over 20 million) in April, May turned out to be another month for the record books when nonfarm payrolls swelled by 2.5 million. A record 18% jump in US retail sales for May MoM helped pull the dollar off three-month lows.

Early in the month, the euro reached a three-month high versus the dollar ($1.1420) and a five-month high versus the Swiss franc (SF 1.09) amid a surge in confidence with the announcement of a huge European Union (EU) recovery fund (€750bn). Gradually, the euro’s strength faded as confidence was replaced by doubt. Political disagreements between EU members over the make-up of the fund (loans vs. grants) put the plan on hold, dragging the euro’s strength down with it.

The Australian and New Zealand dollars were the two top performing currencies for the month and for the quarter. Strong ‘risk-on’ sentiment in financial markets was key to their outperformance, as well as rising commodities prices and surprisingly positive economic news.

In June, European stocks outperformed US stocks, driven by what investors see as Europe’s greater success in containing the coronavirus. Analysts also point to strong monetary policy support from the European Central Bank and the proposed €750bn fiscal response that would permit the EU to borrow in the capital markets and allocate the money to member nations most in need.

Several major central banks met during the month. In their fight to stop Covid-19 from destabilizing the global economy, central banks have gone “all-in.”

The UK pound is at the mercy of the ongoing EU/UK post-Brexit trade negotiations. Now that both sides have agreed not to extend the transition period beyond December 31, 2020, pressure to reach an agreement, while at the same time dealing with Covid-19, is enormous. A growing possibility is that the UK leaves the EU without a trade deal and must trade on WTO terms, which most people think would not be good for the UK economy.

The Trump administration is threatening to impose tariffs on any European country that imposes a tax on the digital services of US companies. Apple, Facebook, and Google are tech giants in the European market, on par with the US.

US-China relations are the worst they have been in decades. President Trump warned that “a complete decoupling from China” remains a policy option. Recently, the Trump administration threatened to impose tougher accounting and ownership requirements on Chinese companies listed on US exchanges, which has led to Chinese companies leaving the US stock exchanges at the fastest pace since 2015.

Assuming no disruptive market event (like a collapse in equity markets), major currencies seem poised to continue trading higher versus the US dollar. Even so, market sentiment for each currency should continue to vary as hope of an economic recovery balances fear of a second wave of the Covid-19.

Political issues are likely to become more important as the US presidential election approaches. The increased likelihood of a Biden victory is forcing investors to look at potential opportunities: in green energy, as Biden has made climate a key theme; and in infrastructure stocks, as a potential Democratic sweep would result in more infrastructure spending. Businesses should expect an increase in the corporate tax rate to 28% and more regulation. Drug companies and Big Tech may face additional legislative control, and the DOJ may formally mount anti-trust cases against the likes of Amazon and Facebook.

US second quarter growth will be announced on July 30. The latest forecast from the Federal Reserve Bank of Atlanta predicts that real GDP growth will decline by -35.5%, significantly worse than the first quarter’s contraction of -5.0%. The Atlanta Fed believes a continued contraction in manufacturing is suppressing consumption and private investment, two key pillars of the economy. 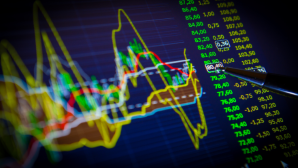