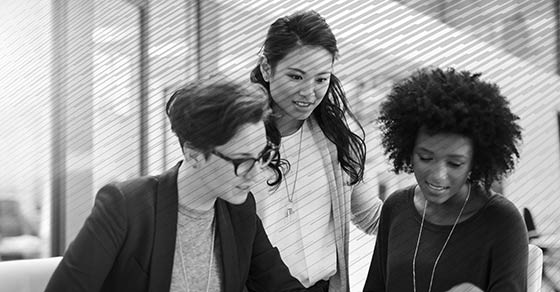 5 ‘need to knows’ about VC funding

Congratulations! You’ve just landed your first round of VC investment. Now you have a few million in the bank and you still own, say, 75% of your company.

It’s an exciting time in the world of start-ups but there are a few things to remember. Your organisation is no longer run by just you and your co-founder(s); you now have new partners to work with and they will have a say in how you do things. It is critical to ensure that their vision is aligned with yours to avoid misalignments and conflict in the boardroom.

Anarghya Vardhana, a partner at venture capital firm Maveron, has “the talk” with every startup founder before she invests, to ensure they are on the same page. “There could be potential misalignments between what we as the investors want and what the founders want.”

Securing that first big injection of venture funding is cause for celebration, and for good reason: you’ll get cash, connections, credibility and much more. But accept that cheque with eyes wide open; venture money isn’t a ‘no strings attached’ approach to raising capital. VCs now own a percentage of your company and they will have opinions on how you do things moving forward.

Understand what those ‘strings’ are to ensure you and your investors are on the same page when it comes to important aspects such as company trajectory, culture, diversity and values.

Here are five key things you need to know about the changes in your startup following VC funding – the good, the bad and the different.

When you pitch for and accept VC money, there’s often an implicit understanding that there will be hypergrowth. Now founders have the cash, there’s no reason not to grow. But it’s important to ensure that this investment and a hypergrowth strategy is the right choice. If your vision is to grow your business slowly, VC funding might not be right for you.

“Nowadays, there’s this automatic, ‘I have an idea, let me raise venture capital’ attitude,” Vardhana says. “Rather than really thinking through whether that’s the route for them and the company they’re trying to build.”

2. VC funding is more than just a cash injection

As you know however, it’s not just about the cash. There are tangible advantages to landing with a venture firm, especially a well-regarded one. Any venture capitalist worth the job title will bring both their experience and their network to the table. They can help hire key people and make introductions to potential customers. They both are a sounding board and a voice of experience in the room.

Yet taking venture capital means giving up some level of control. You now have more people around the board table; you and your co-founders will no longer be solely in charge of decisions and business direction.

Although in this instance control refers to giving up some ownership of your company, it’s important to consider the other clauses and preferences that come with the investment.

When accepting venture funding, at least at the A Round and beyond, a founder is likely to waiver one or more board seats to the new investors. That means a regular cadence of board meetings, phone calls and more.

“They’re not going to give you direct advice. Or the good ones won’t,” says Michael Wolfe, a serial entrepreneur who has been a founder or early employee at five startups. “What VC board members tend to be good at is pattern recognition: patterns of growth, the tradeoffs of different decisions. They give you things to think about. They help you think through problems and form decisions.”

When things are going well, the VC board member can be a close advisor along with others in a founder’s network. Leila Zegner, Co-founding Partner at Kindred Capital VC says that all founders should focus on building their network and getting a strong set of advisors around them.

“Sitting down with a fellow founder and being able to ask questions that may seem basic or uninformed will get you the richness of answers from someone who’s recently been through the same process”, Zegner advises. “Successful founders are often surprisingly keen to share how they did it.”

James Henderson, CEO at Zephr in London agrees with Zegner and comments that, “The UK founder eco-system is very accessible, people are extremely willing to share their experiences. So don’t be scared to reach out and ask people for help.”

Additional board members means accountability — something that can be very helpful, especially in the case of less experienced founders, but can feel uncomfortable for those accustomed to running things their own way. Receiving venture money also means a new level of transparency as you are operating as a steward of the capital from your investors. You can’t suddenly decide to pay yourself £300,000 a year.

4. Remember, you’re still the CEO but now you have more support

Of course, the CEO still runs the company even after the venture capitalists have entered the picture, setting the tone for both the company and for board meetings. The executive team establishes goals and then executes and delivers (or doesn’t deliver) on them.

A good VC is not there to micromanage day-to-day decisions but to help determine the course the company takes and problem solve when required.

When it comes to key decisions however, the board will certainly have an opinion. They might not be in charge of personnel, but they’re going to want to meet that new vice president of sales you’re thinking of hiring and it’s important to give them the chance to input on these types of decisions.

“You probably have a limited number of times to ignore their advice, which you do at your own peril” Beninato advises.

A common refrain about corporate boards is that their primary job is to hire and fire the CEO. “That might be true of publicly-traded companies but at a young company, especially when you’re bringing in VCs who have lots of industry experience, the discussions and decisions being made at the board level are much broader and go well beyond the hiring and firing of the CEO,” says Scott Dettmer, a Silicon Valley-based lawyer who has been providing counsel to the founders of tech startups dating back to the 1980s.

“There are many strategic business issues that get vetted and discussed and really decided at the board level,” Dettmer says. The direction of the company. The rate of growth. Budgets. The hiring and firing of the management team. All are potential sources of tension and frustration for the entrepreneur, he adds.

A founding team typically retains control of the board after that first round of funding. But that inevitably changes if there are more rounds of financing says Dettmer.

And it’s not the ownership percentage that matters, he often has to remind founders, but the majority vote of the board. “When we coach founders, we tell them to keep their eye on the prize and stay focused on the board, because that’s what really matters.”

Takeaway: VC-funding entails ceding some control to your investors so make sure you share vision and values.

That first VC cheque will transform your startup. Investors now believe in your idea and are ready to roll up their sleeves to help you succeed. But their money means shared ownership and control. It’s also the beginning of what’s likely to be a long relationship, choose the right investors and make sure you are aligned.

Valuing a startup that has no revenue, and perhaps not even a product, is a difficult business. There is no agreed technique to facilitate valuation; instead it is best to consider all of the methods outlined.