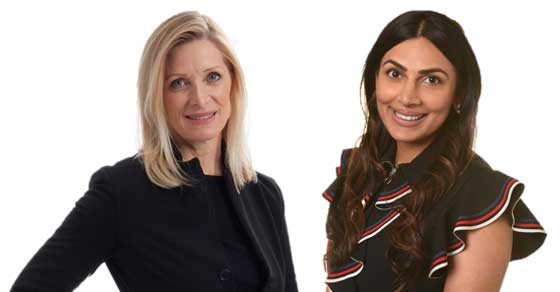 The return of the SPAC certainly made waves in 2020, leading many high-profile investors to sponsor tech-focused SPACs. We are taking a look at the phenomenon through the lens of what’s in it for long-term investors. Exit activity across the board is making for a lot of happy investors, and SPACs have a lot to do with the tsunami of capital raised in the public markets in the second half of a most unpredictable 2020.

At the dawn of 2020, there was a lot of talk about direct listings and other alternative paths to take companies public. The traditional IPO had run its course, or so some opined. But few predicted how companies are SPACing their way to billion-dollar-plus valuations or how, even amid a pandemic, traditional IPOs are springing back to life.

Why SPACs now? The IPO process has seen little innovation, and for some companies thinking about going public, SPACs can provide useful tools to raise capital quicker and with fewer hurdles based on current market conditions. SPACs may offer an opportunity to obtain more price certainty and give founders a better idea of who the investors will be, helping the company weigh the value of short-term investors seeking a pop versus those with a longer-term goal to help a company grow over time.

Reid Hoffman, SPAC sponsor and LinkedIn co-founder, recently sat down with Silicon Valley Bank and clients to discuss this trend. In the second half of 2020, Hoffman and Mark Pincus, Zynga founder, launched two SPACs—Reinvent Technology Partners and Reinvent Technology Partners Z—targeting tech company mergers. Investors are looking at all these great private companies beginning to come out in the markets and asking, “‘How do we have a starting position in them. How do we have a potentially larger position?’ And that’s part of the reason why there is … a sharp increase in the attention to SPACs, now also increasingly amongst more interesting investors,” says Hoffman. In essence, SPAC investors are putting money into financial structures that act like buyout funds—in this case for a single company. A sponsor investor forms a shell company (sometimes called a blank-check company) through an IPO and sometimes includes additional investors, known as private investment in public equity (PIPE) investors, with the sole intent of buying a yet-to-be-identified company. In most cases, the SPAC has two years to identify a target company and take the company public through a reverse merger (referred to as deSPACing).

In other ways, the SPAC investor can be a public-market extension of the venture capitalist, an investor with a long-term vision who is not risk-averse and prefers to stick around for a while—in this case, after a company hits the public markets—to help it evolve. As Hoffman sees it, SPAC investing is “venture capital at scale.”

The recent first-day price pops led by Airbnb and DoorDash have everyone rethinking pricing strategies. The huge gap between supply of public-ready companies and investor demand has become increasingly obvious. Consider that 19 IPOs by mid-December 2020 had doubled their share prices on the first day of trading—a feat not achieved in two decades.

SPACs provide an alternative pathway for strong but non-household name companies to enter the public markets. For companies going public, “the IPO is not the end game. The IPO is actually the beginning of the next major phase,” Hoffman says . But many traditional IPO investors today view their investments with an eye toward minimizing risk; they seek well-established companies that have thrived on huge VC and PE cash infusions. In contrast, Hoffman says, the SPAC process enables long-term investors, with a five- to 10-year view, to help companies reinvent themselves over time and adapt to changing marketplaces. “Taking smart risks to capitalize upon new opportunities that technologies are opening up … is in fact what is really important, and we need to be set up for that next decade,” he adds.

The SPAC sponsor typically receives 20% of the pre-acquisition shares as compensation for top SPAC management and advisors to align them with the success of the SPAC. More commonly now, additional investors are recruited to put in additional PE capital before the target acquisition is identified. These PIPE investments are designed to help reduce risk for SPAC stockholders and may provide growth capital for the newly public company. In fact, the size of an acquisition today is typically five times the size of the original SPAC.

While the market is experiencing booming SPAC investor demand and an increased number of private companies willing to participate, there are many factors to consider for all roles in the SPAC deal: sponsor, PIPE investor, and target company.

When looking at the performance of companies following a deSPAC, since 2017, outcomes have varied. According to SVB research, the median performance has been trending downward, but the recent burst of activity should give more substantial clues in 2021. Some investors remember the emergence of SPACs during the global financial crisis (GFC) that came to a screeching halt after companies faltered or no target was ever realized.

Since then, there has been better hygiene in updating the structure to add investor protections, including adding warrants for investors, increasing transparency around the sponsors, and establishing trust accounts to protect the investments until a target company is identified.

The cost of the SPAC process (with the sponsor taking 20% of the shares off the top, completing the SPAC IPO, and then acquiring the target company to go public) will ultimately affect the dilution of share of the founding team and early investors in the newly public company.


For companies going public, “the IPO is not the end game. The IPO is actually the beginning of the next major phase,” Hoffman says

That’s why Hoffman and others emphasize that SPAC investors should have a longterm perspective and a willingness to roll up their sleeves and take an active interest in the company, helping the company grow and increase valuation.

There is no one-size-fits-all strategy, but rather a variety of methods that can shape investor outcomes. Still, SPACs can diversify the investor pool. SPAC investments may provide Main Street investors access to VC-style investing, which is often otherwise limited to fund investors.

Additionally, SPAC investors will have a seat at the table before the target company goes public, and their experiences can affect how the eventual target enters the public markets. And if they stay involved, these investors may take on the equivalent role of a VC board, as long as they are in sync with the sponsor and company. That’s why investors are advised to pick their SPAC partners and target companies carefully.

In the months ahead, we are sure to see new iterations, strategies, and regulations around exits evolve. Whether investors seek to realize value now or down the road, M&A, IPOs, and SPACs will play a role. From our perspective, it is advantageous to have capital flow options and innovation in fundraising with new or revised approaches, especially in a time of huge demand for new solutions to address global challenges.