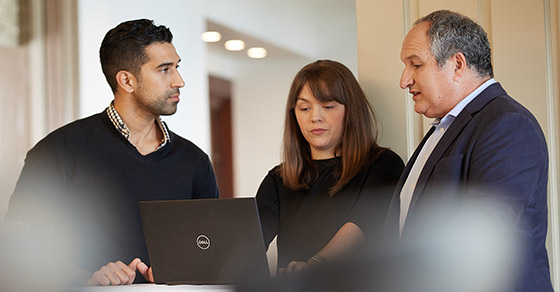 The Covid-19 crisis has venture investors on edge. But it isn’t time to throw in the towel: Managers who are nimble enough to adjust their approaches to fundraising and investing have an opportunity to emerge from the crisis in a stronger position.

That was one of the key takeaways from a panel of investment veterans we convened in mid-March to help advise and guide our customers and the broader community of emerging managers through this unprecedented crisis.

Among the key questions we covered were: What does the Covid-19 crisis and its economic impact mean for early-stage investors who are relatively new to the industry? How will the dynamics between LPs and GPs change? How should GPs act and communicate in a time of uncertainty?

What’s clear is that no one in the investment funnel —not institutional limited partners, not funds-of-funds, not general partners—is freezing in place. Instead, they’re reassessing their positions and adjusting their approaches. Understanding how is critical to getting through this perilous period.

Below are some of their key takeaways. You can listen to a replay of their full discussion here.

“We are spending a lot of time communicating with our investment community…thinking through our asset allocation, rebalancing in the public markets,” said Joanna Rupp, managing director of private equity at the University of Chicago’s endowment. The sharp decline in the public markets immediately caused the percentage of the endowment allocated to venture to grow, and the university will likely have to reduce it to stay within its investment guidelines. But a multi-year budgeting process and an approach that focuses on the long term mean the changes won’t be abrupt. “These tend to be really good times to invest, so we want to make sure that we can be there committing capital to our managers,” Rupp said.

Similarly, Michael Kim, the founder of Cendana Capital, sent a strong signal to general partners, especially those who are raising new funds, that his firm remains open for business. “We have dry powder and we plan on using it,” he said. That’s not to say it will be business as usual, as the entire industry is likely to recalibrate. “The sizing of rounds and, therefore, the sizing of the underlying portfolio funds are going to materially change,” Kim added.

But even in a down market, savvy LPs will be doing their best to strengthen their portfolios. “I think a lot of LPs are going to use this as a moment to try and increase the exposure to their most core position,” said Lindel Eakman, partner at Foundry Group.

What are the implications of these changes? For starters, GPs, especially first-time fund managers, will have to adapt and rethink their approach to fundraising. In some cases, that could mean solo GPs pooling their efforts with others or joining an existing firm. Some first timers may even want to reconsider whether this is the time to get in the game.

“If you haven’t had a closing yet, and you don’t have an anchor investor, you should look yourself in the mirror really hard and say, ‘Is this something I want to do?’” Eakman said. Closing a first fund is never easy. In this environment, it could easily take 12 to 18 months of relationship building and “hand-to-hand combat,” he added.

For those who stay in the game, a key decision is figuring out what smaller investment rounds mean for the size of funds they’re targeting. “The entire environment is going to change,” Rupp said. “Hopefully, round sizes will come down, and we’re going to see some better value, which may impact how much you have to raise to have a minimum viable fund.”

This resizing—both in venture rounds and venture funds — may not be a bad thing. It comes in the wake of an era when massive amounts of capital washed over the sector. And smaller funds don’t necessarily mean poor returns, especially for first-time managers. Indeed, many of today’s star investors at large funds — the likes of Aydin Senkut, Kristen Green and others — began their careers with funds in the single-digit millions.

“Somehow between 2016 and 2019, we jumped to $25 million first-time funds,” said Kim. “What’s more typical are these single-digit million funds that prove a manager has access to amazing founders and the nose for finding them.” That’s not a bad playbook. “Cobble together what you can; deploy that to make the best portfolio possible,” Kim said. “Then go out perhaps in a year or two to raise a more institutional fund.”

An opportunity to upgrade your investor mix

The sharp retreat in the markets and the ensuing downturn could have another impact: pressure on liquidity that may cause some LPs to pull back on their capital commitments. “If your LP base is 90% individuals and their individual stock portfolios took a 40% hit, then you might have cause for concern,” Kim said.

While this could be a problem, some GPs may be able to turn it to their advantage, using the opportunity to alter their investor mix, tilting away from individuals and family offices and towards institutional investors, including through secondary offerings (in which an LP sells their stake in the fund to another LP). Understanding which of your investors are under particular stress will help you get ahead of the problem.

“If you get a sense from your LPs of their appetite to sell, you can cobble together a decent-sized secondary to offer to a stronger LP,” Eakman said. “I would encourage you to manage that process proactively. If you don't, it may end up in the hands of a pure secondary player.” That investor may be opportunistic and not interested in a long-term relationship. It’s worth putting in the effort to find the right secondary buyers, who “may be willing to do a primary commitment for fund two or fund three,” Eakman added.

Transparency and communication have never been more important

Regardless of approach, times of turmoil will test everyone in the market, putting strain on relationships across the industry. That makes open and fluid communications more important than ever, whether it’s between investment managers and their portfolio companies or between LPs and GPs.

Different LPs in a fund play different roles, depending on their makeup and capital commitments. “Make sure you’re in touch with your most important LPs,” Eakman said.

And being in touch doesn’t necessarily mean playing it cool. “Being open and transparent engenders trust,” Kim said. “It’s perfectly fine for a GP to express his or her worries and concerns and fears. We would be very receptive to that kind of vulnerability and be very empathetic to it.”

“You have a chance during these periods of stress to strengthen your relationships and deepen them, not just with your LPs but also with the portfolio companies,” Rupp said. “Be very deliberate and very mindful in how you are reaching out to everyone right now.”

Biopharma Exit Outlook in the Age of COVID-19

Why the optimism? In one word: performance. Namely, the continued strong performance of venture-backed biopharma IPOs and the emerging, very lucrative M&A activity seen in recent public deals.
Read more 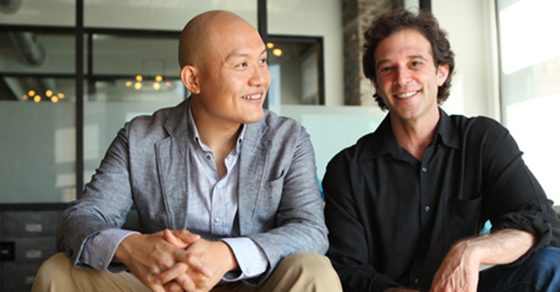 The second in a three-part series on building your fund's foundation.
Read more