Part one of a series 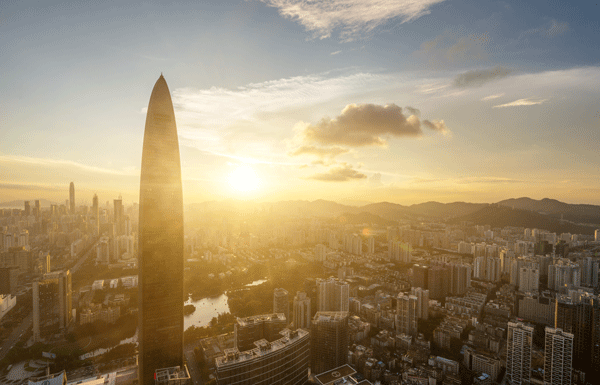 Steve Allan, head of SVB Analytics, and John Kinzer, managing director of SVB Asia Link, have been following China's transformative innovation landscape in their respective roles at Silicon Valley Bank. They recently sat down to share perspectives on China's growth, drivers and challenges for their innovation economy, and what's driving Chinese investment activity. This conversation has been condensed.

JOHN KINZER: Good to see you, Steve. I look forward to hearing your insights from your recent trip to China.

STEVE ALLAN: It's nice to be here, John. It was great to meet entrepreneurs, corporates, and investors in Beijing, Shanghai and Hangzhou. I left extraordinarily impressed with the level of sophistication of the entrepreneurs themselves. For me, it was eye opening to see the degree of advancement, given the relatively smaller window of time the Chinese have spent developing a tech innovation economy and infrastructure. Their innovation centers are brimming with opportunities — like Silicon Valley in the mid-1990s — but with the infrastructure and advancements that exist today. The opportunities for innovation to make an impact are that much greater.

It was interesting to see the regional differences first hand. Just as certain pockets of innovation are focused in certain areas in Boston and New York, and the Bay Area versus Los Angeles or Austin. And it was just as impressive to see how those regional ecosystems are evolving and developing at a rapid pace.

Yes, in a number of cases they're enhancing something that already exists in the U.S. and making it more efficient, less costly, and a better version of the product. But, in a lot of cases when you talk to Chinese entrepreneurs, you realize they're actually filling a void. So the opportunity for any business is not just for enhancing, augmenting, making something better — it includes creating something entirely new, and that really accelerates adoption and even greater opportunity.

JK: When you read the news about China here in the U.S., you'd think the world there is entirely different. While of course there are cultural differences, the same challenges, opportunities and mindsets exist there. Innovation flourishes in no small part because you have this huge catalyst in the central government and large amounts of supporting capital. Also a lot of people who have been either educated or have been entrepreneurs in the West have now gone back and are looking to replicate that innovation mindset in China. With the infrastructure, money and growing talent pool, they're able to build things quickly in an environment with fewer barriers. I think anyone in the innovation economy should recognize that China is going to be the first, or at least second, in terms of leading innovation around the world.

SA: I'm glad you brought up the role of government. Some Americans have these misconceptions about an almost matrix-type dystopia in China. Think about what you hear: "Oh, the government is involved in everything and they have control over this." In fact, what the government does in so many cases is provide the seed and then step out of the way. They'll make sure there's the right structure and focus on the areas they want to catalyze, and prioritize a balance between the centralized government and a capitalist-powered innovation economy.

JK: I think we can all agree that for China, the privatization of capital, adoption of market principles, promotion of entrepreneurship and growth of an innovation economy is the ultimate goal. The 13th Five Year Plan approved in December called out innovation and entrepreneurship specifically as a means to double GDP by 2020. Through this process, the government has begun slowly transforming and closed state-owned enterprises (SOEs) that provided employment and social services for the populace. The process can be dramatic depending on how far away or close to Beijing you are.

To add on to your comment about the rapidly changing economy, you had the winners of the old economy — manufacturing, labor-intensive industries — mostly along the coast, and now you're seeing the second revolution of the economy. All these city-states and municipalities are saying, "I want to be a part of the new innovation economy, this is my opportunity to rise." Similar to the impact from exits in U.S. markets, like Eli Lilly was a catalyst for Indianapolis, there's suddenly tens of millions of dollars feeding startups in towns like Hangzhou or Shenzhen, formerly a hardware manufacturing city, which is now sort of like Dallas.

SA: The amount of talent that's come out of a handful of companies is incredible, right? The talent that started at Tencent, Alibaba, and Baidu and that are now leaving those companies to form startups in their perimeter. It's a new generation of entrepreneurs — top-tier talent — that's forming the foundation of these burgeoning cities. I was really impressed at the talent that's coming out of these Chinese companies that have had 8, 10, 12 years on the front lines of technology. Startup entrepreneurs are succeeding in the training grounds of these hugely successful Chinese companies and are now extremely well equipped to execute on their visions.

JK: We are also seeing lots of Chinese entrepreneurs return from the U.S. When they go back they say, "Okay, what are my key advantages in China versus the U.S.? I don't need to raise $10 million so I can provide food and soft benefits to my developers. In China I can run a very slim and cost-effective structure for this business." Though recently labor costs have risen in China, startups can still do the exact same thing at a fraction of the cost, compared to the U.S or other Western markets. And at times surpassing U.S. companies in output and quality.

JK: In what sectors do you see China innovation equal to or poised to surpass U.S. advancements?

SA: I think robotics, and if you want to look at some of the hardware components associated with it, they're ahead. They've already leapfrogged. And it won't surprise me if the leapfrogging continues in some other areas — especially those areas in the U.S. that are subject to a regulatory regime, including financial services and healthcare. There are just smaller hurdles to create compelling services or products.

I'm not saying that one is right or wrong — U.S. and Western approaches versus China — but just the way the systems are established and set up, it wouldn't surprise me, just like what's happened in robotics and hardware, it might happen in digital healthcare and financial technology. And looking five years down the road, we could be seeing cutting-edge innovation coming from China.

You're looking at a massive increase in the overall wealth, a burgeoning middle class that suddenly has discretionary income, and with discretionary income comes a need for financial services, for better healthcare. And for populations of their size, you have to be extraordinarily efficient in how you deliver healthcare so it doesn't consume almost 20 percent of your GDP like it does in the U.S.

JK: Unlike the U.S., they're not disrupting industries and infrastructure that have been around for fifty-plus years. In China, they are coming at it from a totally different angle and can use technology and not have to build the infrastructure in the same way to reach the over 600 million Chinese not yet online. Think about that, a population twice the size of the U.S. is not even networked, doesn't have mobile phones, or have online access.

When you start talking about the attractiveness of China, you have to realize they are still figuring out how to best deploy technologies. That's what makes the opportunity so impressive, the startup community so vibrant, and why you're seeing some of the larger Chinese players seeding investment in all these other areas.

Whether this focus on innovation pushes China ahead of the U.S. is an open question, but what's clear is that they will be the primary driver of the Southeast Asian economy. They're going to take the lead in terms of innovation and exportation on that side of the world, especially in Vietnam and some of the other emerging countries that are more reflective of their governance model. It will be interesting to see how China influences the development, and how the U.S. responds, and who aligns with whom, not just from a geopolitical perspective, but from the development of a trade economy and an innovation economy.

JK: What do you make of the burst of Chinese investment activity at the start of 2016?

SA: The Chinese economic environment in the first two or three weeks of 2016 was as disastrous as August 2015 — and yet, simultaneously, you have nine $100 million-plus fundraising rounds and one that was a billion-dollar financing round happening. This is a huge jump from zero mega-rounds in the fourth quarter of 2015. To see this kind of continued pouring in of investment dollars in some of these market leaders when volatility and fear should be running rampant, from my perspective, demonstrates just how big the opportunity is.

JK: I think you're looking at sophisticated investors versus the broader market. And just like in any other time, the sophisticated investor generally does a flight to quality, and we're seeing that there. That dynamic is no different in China — leading companies continue to raise massive rounds in part because investors don't know where else to put their money. Instead they double-down on the companies they believe are going to be the winners at the end of the day. One question is — are they making good decisions on valuation? I don't know.

JK: Another thing at play with professional investors is that I'm guessing they're funding war chests for dominant players to go on acquisition sprees given likely valuation pressure for startups in the near term. They're going to be able to pick off companies to gain a technology or a complementary service or customer base. They're saying, "Let's put a war chest together, and let's pick off some of these companies that are running out of gas."

This is part one in a series. Follow @JohnKinzerSVB to be notified when part two is posted.