Part two of a series 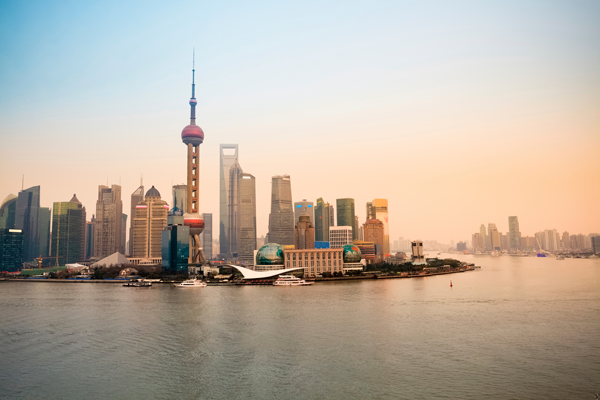 Steve Allan, head of SVB Analytics, and John Kinzer, managing director of SVB Asia Link, have been following China's transformative innovation landscape in their respective roles at Silicon Valley Bank. This conversation has been condensed. Read part one of their conversation here.

How to navigate China's volatile economy

JOHN KINZER: Thanks to the government's tight control of the economy and markets, China's growth has only been up and to the right for the last 30 years. No one has ever seen a down cycle. My sense is the government is trying to train and develop the investors and populace about how investing works, including risk and return, and how to figure out a model best suited for China. They may be a long way from figuring that out, and, in my view, lack experience with markets today.

To be clear, it's not really a downturn either. It's not like it's negative, it's just off the peaks, right? But that's part of a narrative — that China is going into a recession. Well, no, it's still growing 6-plus percent, arguably. It's not, not growing.

STEVE ALLAN: Globally, we all have to realize — not just China, not just the U.S. — that with the advent of technologies over the last decade or two, the change curve has just dramatically increased in slope and it only will accelerate faster. And change and disruption does not come on a nice, slow linear progression. It comes in step functions.

No government — China or any other — can keep a steady hand to stave off economic volatility, regardless of influence from the Fed or politics in the U.S. or the central government in China. We're all just going to have to learn that business models are now made and broken in the span of years, instead of a couple of decades. That means a shift in mentality. Like all of us, China has to be prepared for what comes along with innovation, and that means not knowing what may happen next. But with more chaos and volatility, you get more opportunity at the same time.

JK: I think most anyone involved in capital markets would probably agree that the market in China was overvalued. Part of the issue is that in the Western investing psyche, we have learned over time to evaluate companies in individual situations and on their own merits. Chinese private investors or maybe even some of the large institutional investors have yet to learn how to value or identify the relative strengths or weaknesses of individual businesses, so we see movement in stocks on a wholesale basis versus individual companies.

SA: So all boats rise or fall with the tide.

JK: Some people are investing in the Tencents and the Alibabas, which are already dominant players. Once investors understand differentiation, other companies that are coming up will see their value grow. But there must be a distinction between the individual business model and everyone else in the overall market.

JK: How long does it take for markets to gain sophistication?

SA: Experience is something that you can't teach or manufacture and you can't accelerate people through. Education and experience is learned by riding it out. For investors who fold, the question is do you come back in to start the next up cycle? Unfortunately, many investors' first experience was piling in at the top. So they helped push that top a little bit higher, but then the fundamentals kicked in and lead to a correction. What you don't want is to create a risk-averse investor class.

When I was in Beijing in December, people weren't talking about the volatility as ‘The Event' and it wasn't dominating the press or investor conversation. People accepted it and moved on.

JK: I would submit that the market corrections in August and December were probably intended as baby lessons. I think the government's message now is, "Hey, this is how a market moves. We're going to support it this time and it's going to come back up a little bit, but in the future we're not always going to step in." They can no longer afford to do that. The dragon is too big. For me it indicates that maybe embracing this concept of risk-reward and differentiation will take one or two economic cycles instead of one or two generations.

JK: What does the landscape look like for Chinese investments in the U.S.?

SA: The Chinese economy has a mountain of cash available to deploy, between the government, corporations and high-net-worth individuals that have captured a lot of that money on the Chinese banks' balance sheets.

JK: Very seldom do people cross the oceans without using a couple stepping stones, in this case intermediates, holding companies or types of multijurisdictional global structures. The opportunities are often better when you create the compatibility of two symbiotic technologies or relationships that can flourish in both countries.

We're seeing many minority investments from Chinese VCs that are coming to the U.S. for healthcare, clean-tech and hardware companies. They're getting involved earlier than they ever have before to establish relationships, potentially import those technologies, or later help their portfolio companies in China either partner with or acquire these companies. There is some tension — the government doesn't want money flowing out of China, particularly personal money, but they still want Chinese companies to import technologies and innovation. So if there is a situation where they're more likely to let money go, it's to acquire know-how and technologies so that can be deployed to develop the Chinese innovation ecosystem.

JK: What is the biggest challenge and opportunity you see for Chinese and foreign companies looking to take part in China's innovation revolution?

SA: China's distribution of wealth and assets today is based on what was seen in the U.S. and British economies of 100-130 years ago. A key question is how fast will the redistribution of wealth happen in China? Because it has to happen. You can't end up with a tiny portion of the haves and a massive portion of the have nots and still expect political and social stability. That's their biggest challenge and we see it playing out regularly.

It also creates an incredible opportunity to actually create that bigger footprint.

JK: Half of the world's population is in this epicenter around China. If you can dominate that, it's as big a market as you're seeing throughout the rest of the globe, and it's a market where there is a lack of infrastructure, a lack of services and few dominant players. That translates to opportunity for compounding returns.

The U.S. has a lot of advantages, too, particularly in the innovation mindset. But I think power is in purchase and half the world's population is in that one region. That almost assures Asia is going to be a center of innovation, particularly from a consumer product and services standpoint as well as infrastructure development. It's just going to be.