REGION:
Southern California (EN)
Contact Us
Get started with SVB

Riding the Next Wave of Innovation

You'll find Silicon Valley Bank wherever innovation and imagination intersect. That's why for two decades we have partnered with Southern California entrepreneurs and investors. Today, we have teams in Los Angeles, Santa Monica, Orange County (Irvine) and San Diego.

What’s on the horizon for your SoCal startup?

We want to know! Let your voice be heard, and you’ll get a $10 Amazon gift card for taking a few minutes and participating in SVB’s 10th Annual Start Up Outlook survey.

TAKE SURVEY
SVB By The Numbers

of SoCal startups expect business conditions to improve in 2017

of SoCal startups plan to hire in 2017 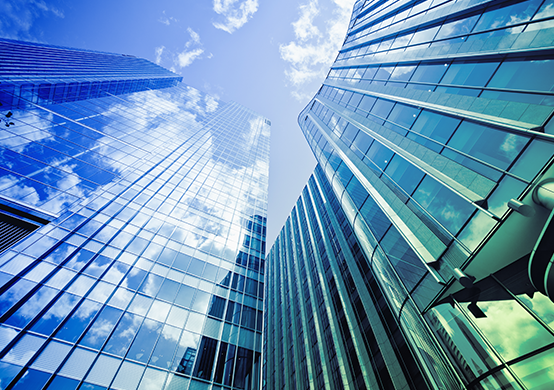 Despite market turbulence, money continues to flow into the innovation economy, finds SVB's latest State of the Markets report. See what trends are shaping the global innovation sector and what shifts in politics and competition could ultimately slow the party down.

US entrepreneurs are confident about 2019, but uncertainty is adding to challenges. Learn more about what startups think about business conditions, funding, hiring & talent and public policy. 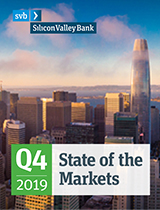 SVB's fourth quarter State of the Markets report provides our unique inside view on the health and productivity of the global innovation economy. 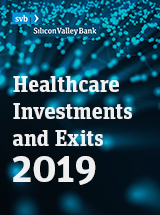 Last year saw new records for venture fundraising and investment in life science and healthcare. Download our annual report to read our analysis plus our outlook for 2019. 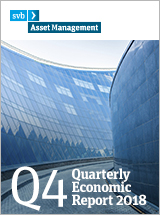 Quarterly Economic Report, Q4 2018
The SVB Asset Management Economic Report is a quarterly review and outlook on economic and market factors that impact global markets and business health. Our Q4 edition discusses how the U.S. economy continues to impress, global economies' growth and what could slow their economic activity, while looking ahead with continued focus on core fundamentals.

State of the Wine Industry Report 2020
Silicon Valley Bank Predicts 2020 Will Bring the Best Wine Values in 20 Years for US Wine Consumers
In this 19th annual State of the Wine Industry Report, Rob McMillan finds that the wine industry is in the midst of a consumer reset, which requires every winery to reimagine how they sell and market wine. Read more about Rob’s perspective on the challenges and opportunities that need to be addressed within the industry. 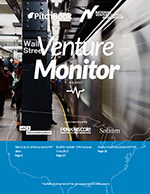 PitchBook-NVCA Venture Monitor Q4 2018
In the latest edition, SVB CEO Greg Becker discusses the outlook for the VC ecosystem and how innovation companies can prepare for global volatility. Also, Bob Blee, Head of Corporate Finance, writes about the trends that may affect the 2019 IPO market.
REGION:
Southern California (EN)