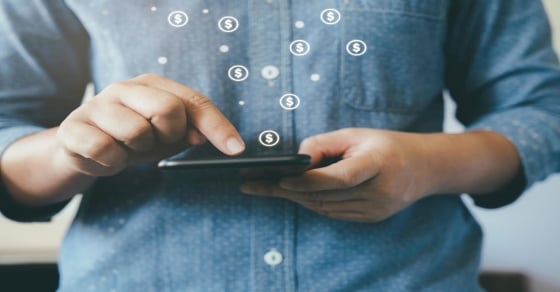 The maker of sensing equipment for robocars goes from paper to digital in 18 months.

When Kim Krider arrived at Velodyne Lidar in 2017, the company, which makes sensing technology for autonomous and driver-assisted vehicles, was paying 95 percent of its suppliers with checks. Paper checks. The kind you have to print, sign, sometimes countersign and put in the mail.

“By its nature, processing paper checks takes a lot of time and resources,” says Krider, who was the newly appointed Senior Manager of Accounts Payable.

Today, Krider processes a significant amount of vendor payments per month through Virtual Card Numbers (VCNs), which are issued through her company’s corporate card program with SVB. The bank’s VCN program has improved payment transparency, security and control. It has also increased Velodyne’s access to working capital by shifting immediate payments for supplies to an SVB credit card schedule that gives the company an extra 25-day cushion before a payment actually happens.

Moving toward the more strategic digital workflow of VCNs, says Krider, “was a no-brainer.” It also eliminated something that Krider found to be a challenge. Once in a while, checks would be sent out properly, but then go missing, or worse, end up in the wrong hands. “It was never a lot of money, maybe $2,000,” she says. “But the process of chasing it down and trying to get the money back is time consuming.”

The shift to electronic card payments proved to have unexpected benefits as the COVID crisis and lockdown that followed upended normal workflows. Like other companies, Velodyne needed to pivot as many of its employees were required to work from home.

With a limited ability to get to the office to send or receive paper checks, the shelter-in-place orders became “an opportunity,” says Krider, to “flip” several previously reluctant vendors from paper to digital.

Indeed, as the current crisis has prevented workers around the globe, including accounts payable people, from going to their offices, it has led to a cash crunch and a rise in delinquencies in company-to-company payments. According to a recent survey by Atradius, an international trade credit insurance group, businesses in the U.S. reported a 72% year-on-year increase in B2B payment defaults in the first quarter of 2020, due to the pandemic crisis.

As a result, many vendors are now looking to switch over to digital payments. “VCNs work for accounts payable by allowing them to quickly scale up operations while vendors benefit from expedited payments,” says Nick Drapeau, Global Treasury and Payments Advisor at SVB.

A streamlined process, with rewards

Using VCNs, which Krider does through SVB, has also streamlined her weekly “payment run.” With other methods of digital payments, like computer-based clearing houses (ACH), Krider has to pay her suppliers directly and immediately debit that from her accounts. But with VCNs, she says, “I can pay on time and I don’t have to take the dollar amount into consideration. I don’t have to think, ‘Hey, this is my cash for this week.’ I can just pay upon payment terms.”

Because VCNs offer several layers of control, from dollar amount to validity period and geographical location, Krider can easily track where money goes. That also simplifies her monthly reconciliation of payment statements. “It’s the easiest way to make sure we’ve paid our bills, that nothing is late and that no one puts a hold on our order,” she says.

Another benefit of switching over to VCNs comes in the form of revenue sharing that SVB offers its card customers. The bank makes money on credit card interchange fees and provides up to 1.5 percent (depending on overall spend) in rebates to those who use them. For Velodyne, that enables Krider to use this as an offset to the company’s bank fees for other payments.

Of course, getting to these benefits is not always easy. Switching over to VCNs takes buy-in from the top. “You have to be willing to automate,” says Krider, who attributes that willingness and the success of her digitalization strategy to her controller and CFO. “You have to have that level of engagement in order to make this work,” she says, noting that every time she asked whether she could automate something the answer has been yes. “I’m always looking for ways to improve our process, so that kind of attitude is a huge plus for me.”

Learn how SVB's Virtual Cards can benefit your business.

SVB Payments Insights provides timely and actionable industry news, trends and insights from our Global Treasury and Payments experts.
More on this topic

The global pandemic and quarantine lockdowns have shuttered businesses and hit many other companies hard. Learn why Sun Basket is not one of them.
Read more

Get added security protection with our virtual card platform, a payment solution that frees you from plastic cards. Instead, 16-digit codes are randomly generated for each transaction, offering better control over spending and cash flow – and stronger fraud protection. 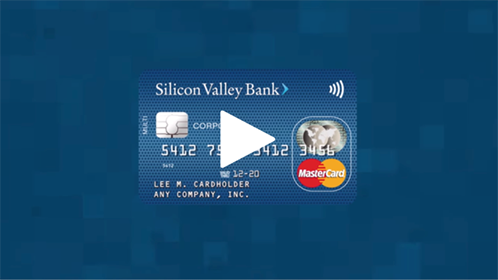 How to pick the right corporate card for your business

Will Your Business Card Keep Up with Your Growth — or Slow You Down?