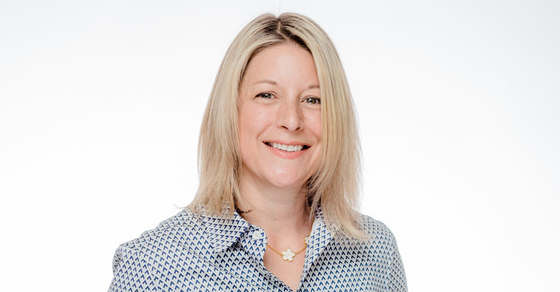 Caitlin Haberberger, who has held top finance roles at several startups, opens up about the demands and rewards of international expansion.

Caitlin Haberberger has been shuttling back and forth between the Bay Area and Europe lately. As CFO of Turnitin, whose technology helps educators all over the world to ensure classroom integrity, she’s been busy growing her team internationally.

Turnitin, which is based in Oakland, has long sold its services overseas and already has offices in the United Kingdom, India and elsewhere. But following its March 2019 acquisition by Advance, the parent company of Condé Nast, Turnitin decided to bolster its international operations with an eye toward long-term expansion. Haberberger joined in June, in part, to lead that effort.

And so Haberberger has crisscrossed the Atlantic to interview and hire new finance staff and to deal with some of the not-so-glamorous complexities of being a global company.

Haberberger has done this before at a handful of other startups. Along the way, she has gained extensive firsthand knowledge about it takes to successfully expand across borders. Recently, she sat down with Silicon Valley Bank to share practical advice with others planning to take their business internationally.

What would you tell a startup that’s thinking of expanding internationally? And what are the critical steps you need to start the process?

It's always going to be a lot more work than you think it is. You want to have a really good business case before you start because it's going to be expensive.

I think it's most important to find a firm in-country that can help you navigate things from an employment law perspective, a company setup perspective. It's also good to talk to a tax advisor so that you're setting up the right type of entity in a new country. Sometimes you can get going without establishing a full-blown entity. You might be able to hire one or two employees or you might be ready to start with some contractors. There are often creative ways before you fully commit.

When you say it’s always going to be more work than you thought. Can you give us an example?

Advance wanted us to switch banks. That should be easy, but it rarely is. Because Turnitin has replaced both its controller and CFO, who were acting as directors of the company’s various international entities, we can’t switch accounts until we change the directorship of these entities. So, I have to become a director. And becoming a director has its own set of rigamarole you have to go through. Some countries require wet signatures that have to be certified by a government agency. Others may ask for recent utility bills to verify addresses or notarized copies of your passport. It's not hard. It's just that you have to be meticulous in your approach. It's just very real right now what a time suck it is.

Is the approach you take different depending on the country?

It varies so much from country to country. Every country has different employment regulations. The rules may impact the cost of employment and will affect compliance. Take the Netherlands. It has an 8% holiday allowance that is typically added to pay, a generous sick time allowance, and a program offering some payroll tax relief to incoming migrants. These items will affect the cost of operating there and impact employment agreements.

In general, countries outside the US tend to have much stricter regulations around termination of employment, and even within the EU, this varies significantly among countries. This is an essential factor when making decisions to hire employees in a new jurisdiction.

If all you want to do is dip your feet into international sales, as opposed to opening global offices, you don’t need to do all this, right?

Absolutely. Typically, you can make some amount of sales in a country without having to have somebody there in person. I've primarily been at SaaS companies where you're selling a cloud-based service, which is different from selling physical goods that have to be imported. In that type of scenario, you don't need to have people in-country.

What tends to work best is to target countries where you've already started seeing some critical mass, using that as your impetus to go in. At one company, we had reasonably robust sales in the UK, which was then followed by an ask from customers for local support. Before we set up shop there, we stress-tested both the real market demand—did we already capture the ready buyers and were those outlier use cases or was there really a more significant opportunity? —and a few different ideas for supporting customers without going through setting up a full entity and hiring locally.

In a way, that’s what you’re doing at Turnitin. You’ve had people in Europe and elsewhere for a while, but now you are expanding your finance team. Why?

Since we’re growing so much internationally, we are starting to hire a lot more finance and accounting people overseas. We hadn't added enough in-country or in-time-zone accounting support, and it certainly is helpful, especially in roles like order processing and billing.

We have an office in Newcastle, England, which is turning out to be a great spot in part because we've managed to find some great talent there, but also from a time zone perspective, it sits between us and India, where we have people as well.

We also need to have some senior leadership based in those places to make sure we're instrumental. I've just made two senior hires—in financial planning and analysis and our new global controller—in Newcastle. This balanced out because some of their more senior-level reports who've been with the company for a few years are in Oakland.

We're going to be able to move a lot faster. We’ll have the expertise needed to make decentralized decisions split between time zones. Right now, there's always this delay, there's a lot of stuff that has to get approved in Oakland.

You want to have a really good business case before you start because it's going to be expensive.

How did you handle the hiring in a country where presumably you don’t have a built-in professional network?

I'm fortunate that we have some great recruiters in our Newcastle office. I ended up interviewing one of the people while I was there. But our global controller was not able to meet in person. That's the first time I've ever hired somebody not having met them in person, only through Zoom, which was a big leap of faith.

Nothing can fully replace face-to-face meetings. But if you’ve got people you can rely on in-market to meet candidates in person and handle the interviewing for some of the culture traits you might be looking for, then you can leverage that.

Besides the challenges around switching banks, what other things take more time than one would expect?

Just getting an entity set up can take time, even when you might hear, "Oh, this country is only going to take a couple of weeks." There will be some back and forth on things, or you will need to include advisors from a legal standpoint and maybe a tax standpoint.

Some companies offer these office setups in a box to make it really easy, which sounds great, but you will still need to make a lot of decisions about things that are going to be specific to your business. For example, I once had to deal with the unintended consequences of trying to offer comparable perks in the Netherlands as those provided in the U.S. In the Netherlands, and I’m way over-simplifying here, company-provided meals can trigger a significant employer and employee tax. So, trying to offer the same perk there could lead to a messy situation.

Given all the complexities, what do you tell a fellow CFO of a Series B or C startup who is all excited about the prospect of international expansion?

I think they should think about tapping their network to talk to people, including a CFO, who has done this. They should speak to their bank. They should get recommendations for a partner to work with who's in that country, who is experienced helping other U.S. companies get set up.

Another useful resource, a lot of countries have people based in the Bay Area to entice you to come to business in their country. They may offer connections to law firms they work with, and they might provide you with an hour or two of free consulting services. They also often have connections to recruiters. Their job is to try to sell you on going to that country, so you have to know their bias. But they’re often a good source of information. They can help smooth the way a little bit.

As a CFO who understands the challenges, what do you say to a CEO who’s pushing you to go international?

I think it's just laying it out from both a timeline perspective and a budget perspective, and then posing the key question: "What's the business case for this?" You also want to lay out some alternatives. Do we want to try with a reseller first? Do we want to hire a consultant to do some more marketing surveys?

An entire executive team needs to work together to make a decision like this. It's the CFO's job, along with someone on the legal side or on the HR side, to pull together information about what it means and what the opportunity costs might be.

A CFO'S TIPS FOR GOING OVERSEAS
- Make sure you have a strong business case for doing it
- Plan for it taking longer and being more expensive than you expect
- No two countries are the same, especially in areas like employment law
- Get advice from peers who have done it Find in-country partners who can help
- Find in-country partners who can help

As your business grows, it becomes more difficult to evaluate the overall health of your startup. VC Mike Kwatinetz suggests using these five metrics....
Read more

Nobody knows tech banking like Silicon Valley Bank. About 50% of VC-backed US tech startups bank with us. Learn more 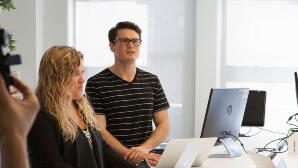 “Alexa, where is the Internet of Things (IoT) heading?”