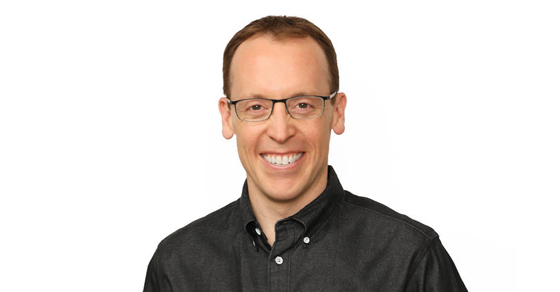 Large venture capital (VC) funds have become even larger in recent years, prompting firms such as Andreessen Horowitz and Sequoia Capital to lead mega-rounds of $100 million or more. At the same time, solo venture capitalists—such as Elad Gil, the entrepreneur and ex-Google and Twitter employee, and Lachy Groom, a former product manager at Stripe—are becoming increasingly prominent, writing headline-making checks from the seed stage to late rounds. What do these trends mean for the investors of the future? Rob Freelen, Head of Venture Capital Relationship Management, shares his thoughts.

How would you characterize the latest evolution in the venture capital ecosystem?

If you were to map the industry on a scatter plot by size of firm, you would see two distinct and growing groups at either end. Several very large firms—Tiger Global Management, Coatue Management, Sequoia Capital, Andreessen Horowitz, and others—are adding fund complexes and assets under management at staggering speeds. Funds of more than $1 billion now represent 47% of U.S. VC fundraising—28 percentage points higher than in 2015—according to SVB analysis.

At the other end of the spectrum are solo general partners. These are not angel investors putting their own money into the earliest rounds; they are general partners raising funds from limited partners and, these days, often writing substantial checks into startups at all stages. According to PitchBook data, solo capitalists’ 25 largest deals to date in 2021 were spread across Series A through E; and Gil, for instance, is currently raising a $620 million fund—the largest amount ever raised by a solo fund manager for a single fund.

Do entrepreneurs have more power in this environment?

Absolutely. Over the last few decades, founders have gained more ability to control their companies. As an example, look no further than the successfully negotiated classes of stock with super voting power.

Based on their needs, founders can build their capitalization table with the type of investor they prefer—and do so in record time. Many U.S. VC firms are feeling intense competitive pressure to compress their decision timeframe from a couple of months to a couple of days.

How do these trends affect VC firms that are not global brands or solo VCs?

There are plenty of players larger than solo capitalists that have strong brands, impressive portfolios, and excellent track records. But without global brand recognition and the corresponding staff size, they struggle to compete for the best deals.

The firms that will be most successful will have a specialty in a particular stage or sector, such as Basis Set Ventures in seed stage enterprise AI, and such as Emergence Capital in enterprise SaaS. It’s noteworthy that top investors like a16z, Founders Fund, Accel, and Tiger Global Management have followed on into the same companies that Basis Set identified and backed in earlier rounds. Emergence Capital is another example of a firm that has quickly earned one of the very top spots in VC by focusing on the narrow niche of enterprise cloud services.

Scaling solo capitalism is really tough. At some point, doing it all by myself—sourcing, investing, adding value—I was just drowning and not delivering on what entrepreneurs needed. Investing is easy; building is the real challenge.

What implications do these shifts have for entrepreneurs?

Top entrepreneurs are in the driver’s seat today. They often have their choice of firms, valuation, and terms. That said, entrepreneurs often choose their investors based on the skills, expertise, networks, and perspectives of the specific partner or firm.

For some entrepreneurs, a firm such as Tiger Global is the perfect equity partner: They and some other large global investors often do not take board seats or get involved in helping operate the business. Some consider this to be a flaw in their model, but others applaud their conviction and find Tiger’s pitch to be tremendously enticing, because it affords entrepreneurs access to capital with less investor oversight.

Critics of the VC-without-board-seat model argue that the partners at hands-on firms such as Sequoia Capital and Andreessen Horowitz are willing to talk, text, or Slack entrepreneurs at any hour of the day or night.

The pressure being exerted by board-free investors on the company-building, board seat-taking firms has dramatically affected the pace of deal making. With more investors chasing deal flow—and solo capitalists able to make investment decisions without the input of other partners—entrepreneurs can ink deals far more quickly than they have in the past.

How should up-and-coming investors think about these changes in the venture ecosystem?

Equity investors are long-time partners. Entrepreneurs choose solo capitalists when they have directly applicable industry experience, expertise in the discipline of scaling, or a strong reputation for being a trustworthy partner.

How might a person position or prepare themselves for a career in venture?

Working for an established firm, large or small, can be a great fit for some investors, but “Scaling solo capitalism is really tough,” said Jeff Clavier, founder and managing partner at Uncork Capital. “At some point, doing it all by myself—sourcing, investing, adding value—I was just drowning and not delivering on what entrepreneurs needed. Investing is easy; building is the real challenge.”

As pre-partners and junior partners explore which of these firm models is most appealing, I see the best outcomes happen for VCs who know themselves and match their skills to the firm they’re joining. The good news for all those looking to join VC firms is that the VC asset class is attracting record amounts of capital year after year, with no signs of systemic slowdown on the horizon.

Learn how and why a venture capital term sheet is more than a contract and instead is more like a blueprint for an investment.