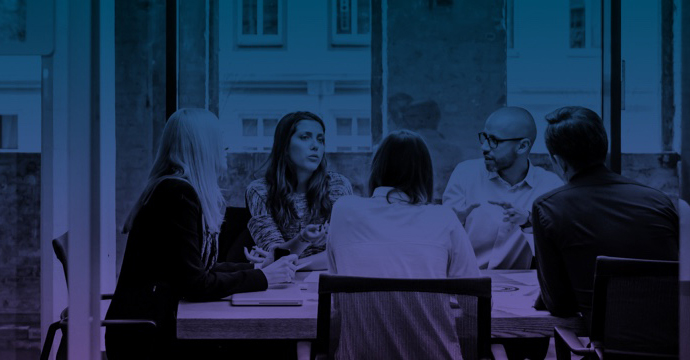 Jim Marshall
New data about the global venture capital industry shows that a fourth wave of VC is just beginning and will pick up momentum over the next few years. To stay relevant, venture firms will have to adapt for this era, which will see an explosion of new firms, demands for greater diversity and a pressing need for VCs to differentiate and add unique value.

Silicon Valley Bank has been analyzing data about venture capital since our founding in 1983, and we see this fourth wave as a significant historical shift. To understand how to thrive in this new era, it helps to know how the previous VC waves unfolded.

For more than 30 years after Georges Doriot opened the first VC firm in 1946, venture capital remained essentially a craft business that barely changed. Family offices helped seed the first VCs in Silicon Valley decades ago. Venrock, for instance, was founded in 1969 by Laurance Rockefeller, a son of John D. Rockefeller Jr.; Kleiner Perkins was formed in 1972. In this era, capital remained scarce, and technology companies — many of them making hardware — cost a lot to start. VCs had all the power and could dictate terms to entrepreneurs. Most VCs were men, and their expertise was in finance more than technology.

The dot-com boom in the late 1990s brought fame to VCs for the first time. The media gushed over internet companies and the VCs who invested in them — such as John Doerr at Kleiner Perkins and Jim Breyer at Accel Partners — but the dot-com bust then sucked capital out of the system for several years. As technology rebounded in the late 2000s, capital poured back in to venture firms, setting off a distinct second wave of VC.

Capital became plentiful and entrepreneurs had choices. Andreessen Horowitz pioneered the concept of venture as a service business that could offer startups help in customer acquisition, marketing, public relations, recruiting and technical advice. (Marc Andreessen and Ben Horowitz had been founders and operators of tech startups.) Every VC firm had to react and show how it would add value. Unlike Doerr and Breyer, VCs such as Horowitz and Bill Gurley made names for themselves as influencers and authors as much as for their investments, parlaying themselves into brands.

As firms like Andreessen Horowitz built large operations packed with services, that left an opening in the early 2010s for a surge of micro-VCs, bringing on what we see as the third wave of democratization of venture capital.

Small funds in the third wave could compete with major VC firms thanks to a radical drop in what it cost to start a company in the era of cloud computing and mobile technology — the idea that “$500,000 is the new $5 million.” New firms like Floodgate Fund and Cowboy Ventures invested seed money and acted as hands-on mentors to young entrepreneurs. Capital flooded in from family offices and global institutions. The industry bifurcated into a handful of powerful large firms — Andreessen Horowitz, Sequoia Capital, Benchmark and others — and growing numbers of micro-VCs. Power shifted hard to entrepreneurs, who could shop around for the best terms and fit.

GET READY FOR A NEW ERA

Now a fourth wave of VC is emerging, driven by several powerful trends.

One trend is that capital has completely transitioned into a commodity. SoftBank raised a $100 billion fund. Multibillion-dollar funds among the major VC firms have become commonplace. Simply having capital to dole out is no longer special.

Another is that although it’s cheaper than ever to start a company, the extreme winner-take-all digital economy means that new companies require huge investments as they race to be first in a category to get scale. That dichotomy has resulted in an explosion of new firms at the seed stage —while a handful of big firms with mega-funds dominate later stages.

At the seed and early stages, we see the rise of “emerging managers” (EMs) — VCs who peel away from larger firms to set up small, specialized shops. We’re also seeing more former entrepreneurs and angel investors entering the venture business, many of whom are more diverse with non-traditional venture backgrounds. Of the 370 EM funds we track, 21% have at least one female founder (only 6% of the 157 traditional VC firms tracked have a female founder.) Over the 12 months ended in Q3 2019, the EMs that we cover invested $28.5 billion in 1,536 companies. Of those companies, almost 205 lie outside the major tech hubs in California, New York and Boston. A total of 14.5% of capital invested by the EMs we track was invested outside those core markets.

One interesting point from our data: 48% of all companies to raise venture dollars this year have been located outside the core technology geographies, yet they have received only 24% of capital invested. In other words, VCs are funding more companies in alternative places but are investing less in those companies compared with companies in the tech hubs. Why? In part, it is because it can cost less to start a company outside the tech hubs (lower cost of living, of office space and for talent), yet VCs also often perceive that companies founded in tech hubs have a greater chance of success.

As this new era unfolds, smart VC firms are reacting with new strategies.

Big platform firms want to play a role from seed to an initial public offering. They want to get in early and protect their share of the company from other investors in later rounds. Some of the larger funds are Limited Partners (LPs) in small emerging-manager funds, so they can see more early companies and feed their pipelines. (SVB defines an emerging manager fund as typically less than $100 million and focused on seed-stage investments.)

That seed-to-IPO trend goes hand in hand with specialization. Entrepreneurs are in the driver’s seat. An interesting company with a solid team can raise capital in multiple ways, ranging from networks of angel investors to Kickstarter campaigns and on up to calling on dozens of VC firms. A smart founder will turn to a VC partner who knows their sector and can add value with guidance and connections throughout the company’s life cycle. So, for VC firms as this era develops, differentiation and specialization will be key.

In this age of artificial intelligence, one more trend worth watching: greater use of data-driven investing. Lightspeed Venture Partners built an in-house data investing team and talks of taking a “craftsman-at-scale” approach to VC. Rocketship.vc has built a sophisticated database of startup activity globally, analyzing over 31 terabytes of data across more than 40 data sources. As venture capital becomes more competitive than ever, many firms are racing to use data as a key differentiator and competitive advantage.

SVB’s role, based on 35 years of focus on the venture ecosystem, is to help by acting as a connector, bringing the community together to discuss relevant issues, and providing financial services and impartial advice to investors throughout the different phases of the investment journey. After actively supporting investors through the second and third waves, SVB sees this fourth wave as an exciting new time for VCs. We’re committed to supporting the trend of allowing space for a broader diversity of investors and entrepreneurs to thrive.