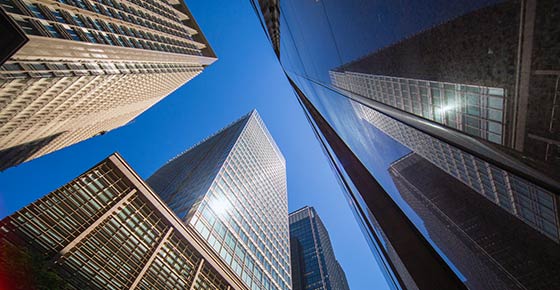 Harvesting a decade of innovation: Will IPO trends continue in 2019?

Share
Bob Blee, head of the corporate finance group at Silicon Valley Bank, provides an outlook for IPOs in 2019. Read other articles and learn more about our new partnership.

More than two dozen U.S. venture-backed tech companies went public in 2018, many of which benefitted from nearly a decade of exuberant capital fundraising in the private markets, allowing for better scale, capitalization and operational durability. Will the trends that led to so many high-growth scaled tech companies continue to drive IPOs in 2019? Let’s turn to the numbers.

Current VC-backed companies going public are far better capitalized at the time of exit than in prior years, with an average of $184 million across six privately-raised rounds at the time of IPO in 2018 vs. $60 million across four rounds in 2010. In fact, in the past five years, there have been a staggering 342 $100+ million venture rounds compared to 126 IPOs.

Not only are these companies better capitalized than in previous years, they’re also generating more revenue. In 2018, average trailing twelve-month revenue prior to IPO was $182 million vs. $92 million in 2010. Another topline trend has been the shift to recurring revenue models. With this approach, today’s software-as-a-service companies, for example, have more predictable and durable financial results, which appeal to investors and increase valuation multiples.

With better capitalized companies generating more revenue, higher values have indeed followed. In 2018, there were more $1 billion+ IPO valuations than ever, 18 vs. three in 2010. And the average $192 million raised in a public financing was significantly higher than the 2010 average of $82 million.

We all know that tech companies are staying private longer, but with the average time from founding to IPO now reaching 12 years, might we have reached a turning point in 2018? Certainly there exists an unprecedented war chest of dry powder for further venture investing. However, could the imbalance between large private rounds and IPOs have peaked? Pressure to go public is mounting for a variety of reasons. Among these pressures are access to liquidity for founders and employees as well as the need to create an exit opportunity for early investors. While workarounds in the secondary market have emerged to mitigate these factors, full liquidity for shareholders remains a driving force to list.

Another reason companies go public is to gain permanent access to capital going forward, whether in the form of additional equity, debt, or convertible notes. In 2018, those tech companies that had achieved solid unit economics and a viable path to profitability performed well on the first trading days and post-IPO. They also enjoyed the benefit of increased brand visibility and awareness, a point of employee pride and market differentiation in a crowded competitive landscape.

With many investors still on the hunt for outsized growth, valuations for public tech companies remain historically high. If more robust access to liquidity and long-term independence remain important to successful private tech companies, 2019 may well be active for IPOs. And even if aspiring candidates face a potential flat or down round from their last private valuations, with valuations as high as they are from a nominal standpoint, they need only float a smaller percentage of their stock than has been typical. This scenario may make even a down-round IPO potentially less dilutive, and more palatable when considering the long-term health of the company.

In 2019, we’ll watch to see if the classic pressures to list are building enough to begin to tip venture-backed companies to ease the imbalance and access public markets rather than private capital. External forces impacting valuations and market volatility make for some uncertainty. But with the growing inventory of scaled private unicorns, many venture-backed tech companies may find good reasons to go public in 2019.

Previously, Bob held a variety of roles in SVB’s California and Midwest geographies, most recently heading seed, early and mid-stage Infrastructure, Hardware, Consumer Internet, Enterprise Software and Fintech banking in the Bay Area and Southern California, and has been responsible for SVB’s Mezzanine Lending and Syndicated Lending practices. In addition, he led SVB’s Midwest region for seven years, focused on tech, life science, clean tech, VC and PE clients of all stages.

Before joining SVB in 2003, Bob was a co-founder of SAVO Group, a Chicago-based sales enablement platform provider which was acquired by Seismic. And prior to SAVO, he spent nine years as a commercial banker and manager at Comerica and LaSalle Banks in Chicago.

Bob sits on the non-profit board of the Network for Teaching Entrepreneurship (NFTE) and the Silicon Valley Advisory Council of the Commonwealth Club. He is also active with his alma mater University of Illinois and several tech and business organizations.