A new global survey reveals the venture capital strategy of these ultra-high-net worth family advisories.

Over the past few years, family offices have been acting a lot more like venture investors. Not only are many increasing their allocations to venture capital as a way to capture the potential upside of early-stage deals, they’re also building out their own in-house capabilities to directly and successfully invest in startups.

As a result, family offices have established themselves as reliable and sophisticated players in today’s venture ecosystem that can add strategic value to startups and venture funds alike. They’ve become better at due diligence, helping to identify the right combination of idea, team and product market fit that leads to success. And they can provide strategic connections to the family’s operating business or other investors in their network.

The survey, Family Offices Investing in Venture Capital: Global Trends & Insights 2020, was conducted between October 2019 and February 2020, with follow ups to account for the impact of COVID-19 on investing. It shows that venture investments now make up 10% of respondents’ overall portfolio. The number of direct venture deals that families have participated in over the past decade has increased six-fold.

Among the highlights from the survey:

The immediate impact of COVID-19 on the relationship between family offices and venture investing has been modest. After a near-total pause in venture investing at the beginning of the crisis, family offices are now cautiously optimistic, following an increase in activity and in conversations with both startups and funds. Family offices said they are likely to deploy capital more slowly, particularly for direct investments in startups, while putting a greater emphasis on quality managers and sector diversification. But they’re expecting market conditions to put pressure on valuations, creating new opportunities to generate returns, especially with early stage investments. And with a long-term focus inherent in any venture investment, they expect to remain committed to the asset class.

Two-thirds of family offices believe the highest returns in the next decade will come from emerging managers rather than from established firms.

The rise of the family office

This growth was driven by a number of factors, according to survey respondents. The 2008 financial crisis and the bull market that followed drove many families to take a more active role in managing their assets. What’s more, as a variety of private investments garnered renewed interest, many realized the family office structure facilitated them.

The family offices that responded to the SVB/Campden survey had average assets under management (AUM) of $797 million for single-family offices, $1.5 billion for multi-family offices, which comprised of 20 families on average. Nearly half (45%) were located in North America, and nearly a third (29%) in Europe with the remaining divided among Asia Pacific (13%), Middle East (8.2%), Central and South America (3.6%), and Africa (1.8%)

Growing their teams, and their venture investments

Family offices tend to operate efficiently, deploying small teams to manage their assets. According to the survey, the average family office staff is nine people, and typically includes three family members, four investment professionals, and one venture capital specialist. Prior to COVID-19, respondents expected their staffs to rise to 12 within the next five years, on average, as they planned to bring on more investment professionals and VC specialists.

“Sometimes, families manage with a lean team with a network of partners with whom they can co-invest,” said one Asia-Pacific family founder. “But the moment the family starts to generate deal flow, it needs to hire more staff; it needs a team.”

Survey respondents said they are most comfortable with co-investments because other investors bring complementary skills and share the burden of due diligence. “If you have a co-investor who has been there from day one—through due diligence, valuation, sitting on the board, etc.—it is a far more productive way of investing compared to being on your own,” aid the founder of an Asia-Pacific multifamily office.

Next Gen leading the way

The embrace of venture by family offices is driven in part by younger members of those families, which we call the Next Gen. One third of those Next Gen members are involved in venture investments.

Next Gens favor venture because they often see startups as more innovative and more straightforward than public companies with multiple products and services. They also tend to be in the same peer group as many startup founders.

Next Gens also help drive a growing interest in environmental, social impact, and governance (ESG) investing. Nearly half of survey respondents (47%) participate in ESG venture investing, and many argue that such focus doesn’t necessarily compromise returns.

“In our community, ESG is still a relatively novel concept,” said the founder of a North American family office. “It is what the next generation is talking about and it is where they are going…a more ethical form of capitalism.”

The long-term commitment of family offices to venture as an asset class appears to be unaffected by the current pandemic. Post-COVID-19 responses to the survey showed that 63% of family offices planned to allocate the same percentage of their capital or more to venture, with an eye toward sector diversification. Several families indicated they were spending time educating themselves about opportunities in life sciences and healthcare.

While family offices said direct investing will become more strategic, they also said VC investing will remain part of their portfolios, especially since those investments are made with a long-term horizon. “We think family office interest in the [venture] asset class will persist,” said one North American family office. “When you invest in an early stage venture, as long as that seed capital has funded the company well, that company is not going to exit for seven to ten years, and the macro environment is going to be completely different.”

Written by
Barry O'Brien
Barry is head of the Family Office Practice and Strategic Investments for SVB Capital. He works with the Emerging Manager and Startup Banking Practices.
Sign up for insights from across the innovation economy
Subscribe now

The Covid-19 crisis has venture investors on edge. But it isn’t time to throw in the towel: Managers who are nimble enough to adjust their approaches to fundraising and investing have an opportunity to emerge from the crisis in a stronger position.
Learn more 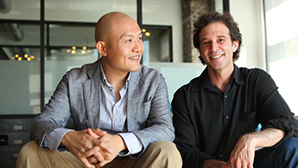 This report is for informational purposes only, you should not construe any such information or other material as legal, tax, investment, financial, or other advice.

Not an Offer. This report does not constitute an offer to sell or a solicitation of an offer to buy an interest in any fund sponsored by any affiliate of SVB Financial Group. Such an offer can be made solely to accredited investors (or the applicable equivalent thereof) in accordance with all applicable laws by means of the organizational agreements for the specific fund, subject to all of the risks described therein.

Fiduciary Rule - Not Investment “Advice” Under ERISA. The information contained herein is not “investment advice” as defined under ERISA and the U.S. Tax Code. Further, SVB Financial Group is not being paid for any financial planning or needs analysis services from qualified plan assets and, therefore, is not an “investment advice fiduciary” with respect to any qualified plan under ERISA and the U.S. Tax Code.

SVB partners with LatinxVC to double the number of Latinx VCs

Connect with the Family Office Practice

Get insights and be considered for access to our Family Office Data Room.