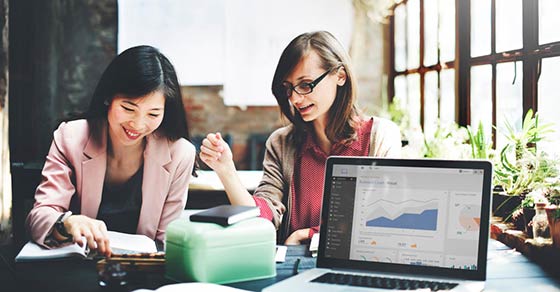 In the world of startups, not all shares are created equal. Venture capital investors who finance unproven companies will insist on contractual agreements that mitigate the risks they take with their money. Those contracts are expressed in the terms of underlying preferred stock. So, as you negotiate those terms, it’s important that you understand what they mean so that you don’t give away too much before your startup gets off the ground.

The story is all too common for startup entrepreneurs. A high-profile startup sells for tens maybe hundreds of millions or more. It’s not the lofty unicorn valuations some had hoped for at outset, but it appears to be a decent return. And yet, after the dust settles, employees, and sometimes even the founders, find that their equity stakes in the company are essentially worthless. Investors, on the other hand, fare better, sometimes recouping their money or even pocketing a decent positive return.

“That’s how it works,” says Tim Tuttle, founder and former CEO of MindMeld, a maker of conversational apps backed by artificial intelligence that was acquired by Cisco in 2017. “The people that give you money get paid back first.” The same dynamic, where investors take precedence over employees and founders, comes into play when a company is closed down.”

Welcome to the world of preferred shares. They are an essential part of venture deals in tech and beyond. So before issuing them, entrepreneurs must understand how they work, how they are structured and how they behave in different scenarios.

Founders don't get preferred shares. But it's nearly impossible to raise venture capital without issuing them (or preferred stock as they are also known). In most cases, VCs today won’t hand over a penny in exchange for common shares, the form of equity extended to founders and employees.

Preferred stock, unlike common stock, is exactly what the name implies. Its owners receive preferential treatment over other investors in specific situations. Exactly what this means is negotiable, and it will end up in the fine print of your term sheet, the agreement that sets out the terms and conditions of any investment in your company. It can involve a wide range of special rights. The most common and important is the liquidation preference.

It’s not as bad as it sounds. That’s because deal terms have become increasingly standardised, says Ivan Gaviria, a partner at Gunderson Dettmer, a Silicon Valley based law firm that has worked with startups for decades. And today’s standards tend to favour founders.

Given those conditions, Gaviria says most venture capitalists will ask for and receive a liquidation preference called “1x, non-participating.” Since liquidation preferences are expressed as a multiple of the initial investment, the 1x means they will receive a pound back for every pound invested, a full recouping of their money — as long as there’s enough to cover this. Common shareholders will divvy up what’s left.

The term “non-participating” means that the investor has a choice. He or she can receive their original investment back or convert their preferred stock into common stock and share in the proceeds according to their equity ownership, whichever amount is greater.

While terms are becoming standardised, sometimes entrepreneurs get into trouble because they are fixated on maximising their company’s valuation in a given round. “I have seen companies raise money and negotiate for higher valuations and, in trade, they give up more favourable liquidation preferences,” says David Van Horne, a partner at the law firm of Goodwin Procter. “More often than not, that ends up being a bad trade.”

In later financing rounds, matters can become more complex and dangerous — especially if your company has struggled to hit key milestones. In these situations, investors might ask for 2x or 3x liquidation preferences, meaning they would receive twice or three times their original investment before common shareholders are paid in the event that your company is wound up or sold. That can all but guarantee that employees and founders don’t see much for their equity, unless they succeed in turning the ship around.

But preferred participating is the thing you really need to be wary of. If a company lacks appeal, investors sensing big risks might even try to negotiate for “participating preferred shares,” also known as the “double dip.”

“In a simple example, if a company sells for £100 million,” says Gaviria, “an investor with participating preferred shares might take their original £20 million investment off the top and then take 20% (their percentage share of the company) of the remaining £80 million such that common gets 80 cents on the dollar on the amount remaining after the preference.” In later rounds, common shareholders could end up with as little as 30 or 40 cents on the dollar, Gaviria adds.

Say a company raises £500,000 in its seed round at a post-money valuation of £2.5 million, giving investors a 20% stake. The chart below shows how much money investors receive if the company is sold for between £2 million and £6 million.

In the worst case scenario for founders and employees (£2M exit with 2.0x liquidation), common stockholders with 80% ownership will receive £1 million — the same amount as preferred shareholders with 20% stake.

It’s important to remember the terms of preferred shares are negotiated between founders and investors. Founders who agree to give up 3x preferred participating rights are typically desperate for money. In a bull market, such terms are very rare, says David Pakman, who founded one of the first cloud-music companies and is now a partner at venture capital firm Venrock.

“The leverage is with the entrepreneur.”

“If an investor asks for a number of terms that are completely over the top that no other investors are asking for,” Pakman said, “then he or she is unlikely to get them unless the entrepreneur is having a super hard time raising funding.”

For healthtechs looking to expand into the US, it is important that they pay close attention to the rules as they are notoriously complicated. Failure to properly prepare can lead to costly mistakes further down the line.