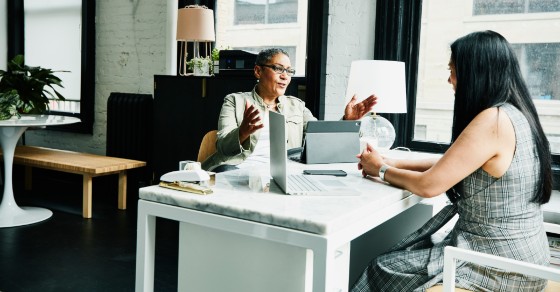 Your IP may seem intangible, but it’s likely among your most valuable assets.

"In the startup economy more than anywhere else, it’s innovation that will differentiate you from competitors. That “intellectual property” can come in many forms: ideas, algorithms, names, business methods, designs and more. You must understand how to protect that IP or risk seeing the value of what you’ve built go up in smoke."

Imagine the following scenario: You come up with an idea, develop a prototype and get ready to turn it into a product customers will pay for and investors will be willing to bankroll; then, you realize you can’t prove that the idea, prototype or product are actually yours. Perhaps someone else — a former employer, a rival, a contractor you hired — will say it was all their idea or work. Perhaps your blueprints leaked and someone else beats you to market with your own invention.

Sounds like an entrepreneur’s nightmare. And yet, it happens all the time. To wit: Mark Zuckerberg famously spent years battling the Winklevoss brothers over who owned Facebook and ended up settling with them for $65 million.

"The ideal investment partner is someone that’s completely aligned with your best interests."

To avoid such headaches — and to protect yourself when they arise, either directly or through your startup’s insurance policy — you must understand how to safeguard your “intellectual property”, a term that applies to things as diverse as your business plans, your algorithms, your company’s name and logo and its customer list.

“Intellectual property is the intangible knowledge and know-how that separates an entity from what’s widely known in a certain field,” says Deepak Gupta, a partner who specializes in IP at Farella Braun + Martel, a San Francisco law firm. “It’s that intangible je ne sais quoi that gives companies a purpose and a place in the technology world.”

Perhaps because IP covers so many things that can seem abstract, founders often treat it as an undervalued asset — or fail to recognize its value at all. But ignoring or failing to claim, register or otherwise protect your IP can have dire consequences that can range from damage to your company’s reputation and bottom line to its destruction. Conversely, IP that is clearly and legally yours can become an important source of revenue and add significant value to your company. (Protecting IP in a world where remote work has become the norm, presents its own challenges.)

Nowhere is the importance of IP more significant than among tech or life sciences companies that are the lifeblood of Silicon Valley’s economy. “In the Bay Area there’s an understanding that all companies are built on IP,” says Daniel Schacht, a partner specializing in IP at Donahue Fitzgerald, a law firm in Oakland.

Intellectual property falls in four major categories — patents, trademarks, copyrights and trade secrets. We’re going to take you through the basics of each with the help of experts. You should consult with a lawyer on how each applies to your company.

Even before focusing on what should be protected through patents, trademarks, copyrights and trade secrets, there’s a simple step you should take that could help avoid disputes about who owns what. Each founder, employee and contractor should sign a well-crafted proprietary information and invention assignment agreement, or PIIA, which assigns ownership of what they create while working for your company to the company. “It is a basic and inexpensive corporate hygiene that more often than not gets overlooked by founders as they focus to grow their enterprise” says André Thiollier, corporate associate of DLA Piper’s Silicon Valley office.

You don’t have to be Thomas Edison to create something worthy of a patent. Patents can apply to everything from an algorithm, to the design or operation of a piece of hardware, a manufacturing process, a business model, even a game. Patents are the most demanding classification under the U.S. Patent and Trademark Office and offer broad protection from unauthorized reproduction of almost any kind. Founders seem to understand their overall importance: one in five startups told SVB that they consider patent litigation a top public policy priority.

Getting a patent approved can be a long and meticulous process. You’ll have to submit detailed examinations of descriptions, drawings or photography of the patent candidate plus a deep investigation into how original it really is. You’ll almost certainly need to hire a patent lawyer to steer you through the process. And you’ll have to be prepared to wait:  At the time of writing the USPTO had more than 580,000 submissions in the "unexamined patent application inventory" category, and a typical approval cycle was 22 months.

Still, the deep, wide protection that comes with a patent can make it worth the time, energy and money of seeking approval. Amazon’s early “1-click shopping” patent, gave it an edge over its rivals, and was widely considered a game changer in the world of ecommerce.

Here’s roughly how the process works: After some initial paperwork, you’ll hear whether your idea is patentable, meaning that it’s new and novel — that someone else hasn’t had the same notion and already claimed your creation. You’ll be assigned a patent examiner who will review your descriptions and claims and determine whether your invention meets the standards for a patent. “It’s often a straightforward answer and unfortunately the answer is often no,” says Todd Noah, a patent attorney at Dergosits & Noah in San Francisco. That “no” is not necessarily definitive as you can either appeal or ask for further examination.

Patents, or even patent applications, often serve as a signal to potential investors that your business is worth backing. Investors like to see barriers to entry, and could be turned off by founders who don’t know how to protect their inventions from rivals. “People know from The Shark Tank that if the new idea has a patent people get 10 times more excited,” says Schacht.

People know from The Shark Tank that if the new idea has a patent people get 10 times more excited.

The USPTO defines trademarks as “brand names and logos on goods and services.” Most immediately, that will apply to your company name. And since you will likely put some effort into coming up with one you like, you should make sure it’s truly yours.

A good place to start is by searching online to make sure someone else isn’t already using similar or identical trademarks to the ones you are considering. Once you narrow it down to a few candidates, you may want to hire a lawyer to help you confirm availability. While the USPTO has a service that allows anyone to check against a huge database, trademark searches can be complicated. In the digital age, of course, you’ll also want to make sure a URL related to your trademark is available.

Registering your name with USPTO is not required, but doing so will buy you peace of mind. In the U.S., as long as you use a trademark in selling goods or services you can claim rights to it. In many other countries, the first person to register a mark gets primary rights to it, no matter who used it before.

As a startup, you may also benefit from filing an “intent to use” trademark before you are ready to launch. It will essentially reserve your right to use the mark, and prevent others from claiming it.

Copyright covers original works of authorship that involves some form of expression. That includes works in the form of print and music, lyrics and dance, photography and painting, even software, which falls under the “literary works” classification. As to whether you should patent or copyright software: Patents protect the idea; copyright protects the written code.

The good thing about copyright is it vests upon creation so don’t have to file for copyright protection. But registration is recommended as it will help you in legal disputes.  Registration, through the Library of Congress copyright.gov web portal, is a simple process. When you register, the protection lasts for the life of the author plus 70 years. Works made for hire, such as when a company is considered the author of its employees’ work, are protected for 95 years from first publication, up to a maximum of 120 years from creation.

There are plenty of things at your company that you don’t want the outside world to know about. Your product or marketing plans for next year. The pricing of an unannounced service. Plans for a new device. A list of existing or potential customers. They are your trade secrets — but only if you treat them as such. “Secrets depend on them being secret,” says Schacht. “If you do not take reasonable measures to keep them secret, they are no longer protectible.”

That may seem a bit mysterious, but it’s actually simple. As long as the information is kept secret, your competitors can’t benefit from it. But if you are careless and the information leaks, anyone can use it. Say you have an open office, someone walks by and takes a picture of your prototype, which happened to be sitting on a shelf, and posts the photo online. In that situation, you may not have any recourse. (Of course, if someone breaks into your office or hacks into your systems to steal information, you likely have a claim against them.)

That’s partly why non-disclosure agreements have become so prevalent. You should consider using them with partners, visitors, job candidates, contractors, service providers, and employees.  “You should understand that talking to someone about your trade secret without an NDA puts it at risk,” says Schacht. When it comes to asking prospective investors to sign an NDA, however, Cooley recommends you weigh the pros and cons carefully before deciding how to proceed.

Written by
Julia Figueiredo
Julia is the Director responsible for the Latin America portfolio and launching the Miami office for Silicon Valley Bank’s startup banking.
Sign up for insights from across the innovation economy
Subscribe now