In the past year, the pace of innovation in healthcare sectors like biopharma, health technology, med devices, diagnostics and tools has accelerated. But overall, the industry hasn’t made much progress on one of its most intractable challenges: making healthcare more accessible and affordable.

That’s the question the panel of experts grappled with at Silicon Valley Bank’s Innovate Next Summit, as they discussed what could be done to build a more equitable and inclusive healthcare system.

Technology can play a big role. Widespread adoption of technology and growing consumer expectations about using it in virtually every aspect of their daily lives means there never has been a better opportunity for the industry to leverage technology to drive wider adoption and accessibility of care. The result would be a greater number of patients treated, better outcomes, lower cost and more efficiency in our healthcare systems.

What if we could use technology to level the playfield, to the point where anyone with a smartphone can access quality and cost-effective care? For this change to occur, we need buy-in from payers, providers and consumers. COVID-19 sparked change for all three, spurring a convergence of technology and healthcare out of necessity. Our hope is that this change is permanent, and that we build off this foundation with more urgency to shift how we treat patients.

Below are just a few highlights from the panel discussion at SVB’s Innovate Next summit. (A replay of the full discussion is available here.)

A healthcare system that rewards high-priced innovations, said Avik Roy, president of the Foundation for Research on Equal Opportunity and policy editor at Forbes, is “great for investors. It's great for biotech entrepreneurs, but it's terrible for the country.” Speaking during a panel at SVB’s Innovate Next summit, Roy added: “The real problem is affordability. How do you actually get the cost of healthcare down?”

When it comes to healthcare affordability, drug pricing remains an enduring challenge. “We're at a point now, where about half of all net spending on pharmaceuticals is taking place on 0.4% of prescriptions,” Roy said. “That’s not a system that's sustainable. There's going to be a reckoning. How's that reckoning going to happen and what shape does it take?”

Roy said the Biden administration is expected to continue efforts started by the Trump administration to lower Medicare payments for certain drugs, benchmarking prices based on those in countries comparable to the United States. It is also likely to keep pushing for price transparency, with rules requiring disclosure of payer-provider negotiated prices. “Just by continuing them, those are two pretty significant levers for health reform from an executive branch standpoint,” Roy said.

The new Congress may also revive a Senate Finance Committee drug pricing bill that would cap reimbursements for Medicare Part B and Part D drugs and have significant implications for oncology treatments. “That's going to be a very interesting thing to follow,” Roy said.

While critical, expanding insurance coverage and lowering drug prices, won’t address another barrier that prevents millions from getting the care they need: accessibility. “What healthcare access really means is: Can people actually get the care they need when they need it?” said Mike Pykosz, CEO of Oak Street Health, a startup focused on providing primary care for low-income seniors.

What healthcare access really means is: Can people actually get the care they need when they need it?

Patients, especially low-income patients, often face simple logistical barriers like lack of transportation or the inability to get an appointment with the provider they need when they need it. “There are so many different barriers that get in the way,” said Pykosz. “It's not just access to a primary care doctor or specialist. It's also access to behavioral health, social work support, and all these things that have a huge impact on overall wellbeing.”

To help address the issues, Oak Street Health has set up more than 80 centers across the country in low-income areas that tend to be healthcare deserts. While the company has been successful – it went public in August in a $328-million IPO – Pykosz said providers in general must do more to earn the trust of a sometimes reticent public that doesn’t always understand how the system works. “There’s a lot more work to educate people about how to navigate the system and make sure they're not just going to the ER when they're sick, but actually getting primary care,” Pykosz said.

While education is necessary, Pykosz argued that industry incentives that reward providers for pricey procedures need to be changed. Today two-thirds of all Medicare Part A and Part B dollars are spent on hospitalizations and acute episodes, with only three percent of overall spending going toward primary care, Pykosz said. “If we triple what’s spent in primary care, we can lower hospitalizations by more than half,” he added.

But shifting a massive industry away from the traditional fee-for-service doctor-centric model won’t be easy. "You have hospitals with different business models that may not be so amenable to change,” Stephen Tanal, managing director at SVB Securities.

The answer, Roy said, may be in finding ways to make the hospital sector more competitive. “There’s a lot of opportunity for dynamism in terms of payer-provider interactions through new ventures, entrepreneurs, and existing players,” Roy said. “That’s going to be one of the most interesting things to watch.”

The 2020 election – which left Democrats with the slimmest of majorities in the Senate and a weakened grip on the House – has done little to increase the chances that Congress will enact major legislative changes on healthcare policy. “One of the things the Democrats made clear in the Biden Sanders Unity Task Force document is that as a party, they're ultimately angling toward providing access for all Americans to high quality health insurance,” said Tanal.

This will most certainly be a challenge said George Olsen, president of Williams and Jensen, a D.C.-based legal and lobbying firm. Medicare for All, which is favored by progressives, is effectively off the table, Olsen said. And even a “public option” that would expand the Affordable Care Act – which President Biden campaigned on – may remain elusive. “That could be a bridge too far,” Olsen said. “I'm not sure you can hold all of the necessary votes in both the House and the Senate to get there.”

But Olsen said there are still steps the current administration can take to expand access to affordable insurance coverage. They could include the loosening of a series of waivers under the ACA that would allow states to relax health insurance marketplace requirements so more low-income residents can access them. The Biden administration could also build on the ACA by increasing the income threshold for subsidies and by automatically qualifying those who are unemployed. States like Texas and Florida, that have held back on expanding Medicaid could see increased incentives to do so. “That’s much more doable,” Olsen said.

Written by
Christopher Moniz
Chris is the director of SVB's Life Science and Healthcare practice specializing in healthcare IT and device companies.
Sign up for insights from across the innovation economy
Subscribe now

US healthcare venture fundraising soared in 2020 with a 57% growth over the prior year's record. Read our 2021 report to know more on healthcare investment trends. Learn more 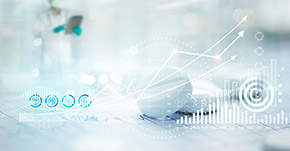