The future of vertical farming tech 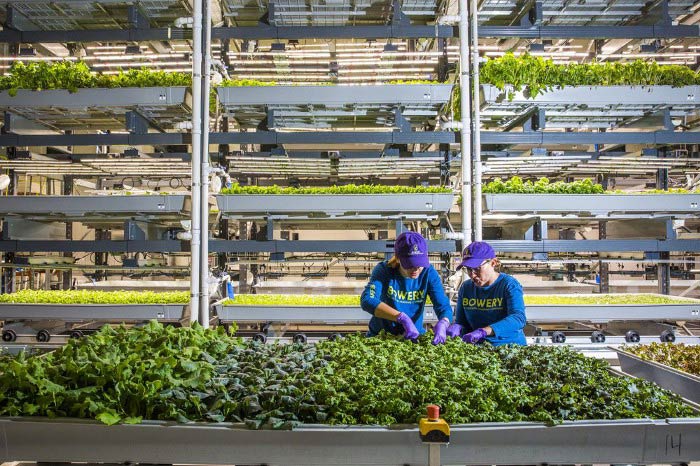 Global population is projected to increase by approximately one-third by 2050, and food demand is expected to increase by about two-thirds. With climate change complicating conventional farming practices amid a growing demand for locally sourced food, there is a tremendous opportunity for the disruption of traditional field agriculture. Here on the front lines of innovation and disruption, we at Silicon Valley Bank have the opportunity to partner with and finance many companies challenging the current agricultural paradigm. One such industry disrupting the status quo is vertical farming — the practice of growing crops vertically, often indoors in controlled environments; this is distinct from greenhouses that moderate climate but still produce food on a single horizontal plane. 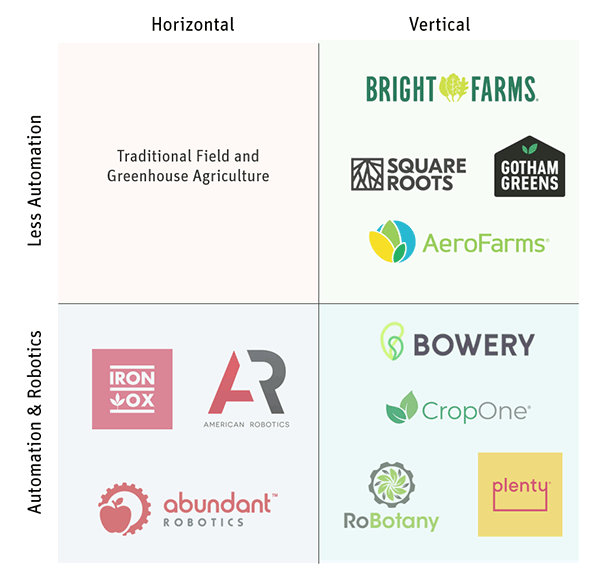 Climate control meets climate change. As climate change shifts seasonal weather patterns — leaving many areas to face more severe storm events, droughts and extreme heat — vertical farming enables the growth of large quantities of food in a compact, controlled environment. Among other providers of capital, this has attracted several sovereign wealth funds, especially those domiciled in arid regions such as the Middle East, to invest in these technologies — not only for return on investment but also for national food security. The Abu Dhabi Investment Office, for example, has committed $272M to its AgTech Incentive Programme, which has funded numerous companies, including US-based AeroFarms’ Series F.

Location, location, location. The growth in popularity of the local food movement has placed a premium on locally grown produce in urban centers; providing this food to major cities, however, is all but impossible. Field agriculture requires large swaths of land and can produce only what is in season. And while they can be used to grow produce out of season, greenhouses require more land than is available near most metropolitan areas.

Vertical farming, on the other hand, enables products to be grown in or near city centers. This reduces the length and complexity of supply chains, especially because many vertical-farming operations have vertically integrated their supply chains, from seeds and fertilizer to harvesting and distribution. A simplified supply chain also means increased freshness and traceability for disease outbreaks like E. coli. Vertical-farming company Plenty, for example, has recently announced a deal to grow produce for Albertsons near their stores.

Small footprint, big impact. Agriculture accounts for between 10% and 12% of global greenhouse gas emissions and 70% of freshwater consumption. Because vertical farming takes place in a highly controlled environment, some farms have created closed-loop systems that are net zero carbon. Additionally, these systems are far more water-efficient. Bowery Farms, for example, reduces water use by 95% compared with traditional field agriculture for the same crops.

Fertilizers used in traditional agriculture are the leading cause of nitrogen deposition in waterways, which leads to algae blooms responsible for ocean dead zones. But due to the sterile indoor environment of vertical farms, pesticides and herbicides are not required, further reducing the harmful environmental impacts of agriculture.

Automation. Many vertical farming companies are leveraging automation through robotics and climate control systems to improve crop growth and reduce human labor inputs. Bowery Farms, for example, leverages automation, visions systems and machine learning to optimize crop inputs beyond what is possible in the field.

Furthermore, the controlled indoor environment improves working conditions by keeping workers out of the heat and into safer working environments. Fifth Season (formerly RoBotany), exemplifies the leveraging of robotics to improve production efficiency by automating essentially all aspects of the production process. And as immigration policy tightens and it becomes harder to employ migrant workers, specialty crops producers facing labor shortages can use automation to reduce labor force reduction risks.

The environmental impact of agriculture 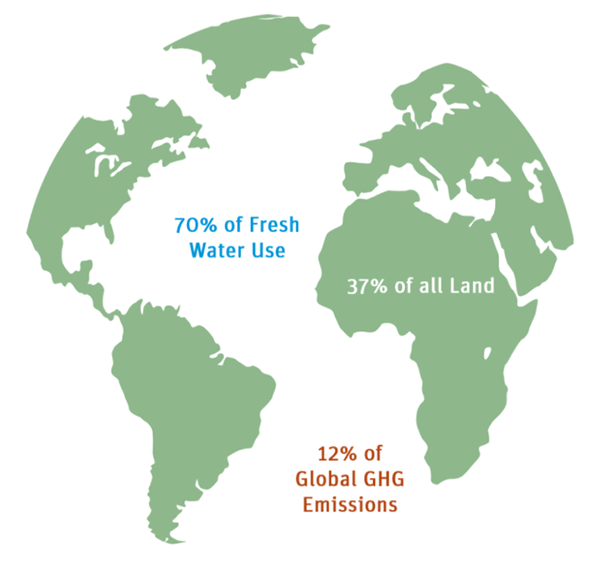 Electricity. Lighting, climate control and automation require a lot of electricity. This past summer, California experienced rolling blackouts for the first time since 2001, and with more extreme heat and increased electricity demand, the electrical grid will come under increasing stress. Indoor vertical farming operations will need to solve for electricity supply as they scale. Currently, vertical farming operations do not qualify for wholesale electricity rates, so electricity can be cost-prohibitive. Combinations of demand response, renewables and storage may help resolve these issues, along with larger operations that may qualify for wholesale rates.

High-cost products. Because vertical farming is far more capital-intensive than traditional agriculture, the produce costs are higher. Products are usually on the high-end market and potentially too expensive for some consumers. With growing economies of scale, technological advances and changes to electrical pricing and infrastructure, however, produce costs are likely to fall over time.

Variety. While it is possible to grow almost any plant indoors, economic factors severely limit the breadth of products that are grown. Plants that are small or prolific or that grow rapidly are well-suited to vertical farming. Leafy greens and herbs dominate the vertical farming market due to their high value, rapid growth and small size, yet some vertical farming operations are now producing strawberries and tomatoes as well. Commodities such as corn, soy and potatoes are unlikely candidates for vertical agriculture due to their low value and the high costs of vertically producing area-intensive, slow-growing crops.

With a lower environmental footprint, simplified supply chains and increased automation, vertical farming has the potential to expand its market share in the coming years. Although it is unlikely that field agriculture will be replaced anytime soon, in the near term we expect to see high-value perishable crops produced increasingly by vertical farming. The technology is still developing, and we look forward to continued partnerships with industry leaders and new players as the sector grows. If you are interested in partnering with SVB or simply want to learn more about trends we see shaping the future of vertical farming, please reach out.

Written by
Jordan Kanis
Jordan specializes in crafting debt and banking solutions for companies focusing on renewable energy and storage as well as food and agtech at all growth stages.
Sign up for insights from across the innovation economy
Subscribe now

As governments, companies and entrepreneurs across the globe race to achieve net zero, climate investments are on the upswing.

Defining the grid of today and tomorrow

The highest-valued merger of the 21st century: Fossil fuels and alternative energy

Alternative proteins are here to stay

Thriving in the fourth industrial revolution

Kelly Belcher
Read more
You are now leaving Silicon Valley Bank (SVB)
You will be directed to a different website or mobile app that has its own terms of use, visitor agreement, security and privacy policies. SVB is not responsible for (and does not provide) any products, services or content at the third party site or app, except for products and services that carry the SVB name.
I understand, let's proceed Stay on SVB.com