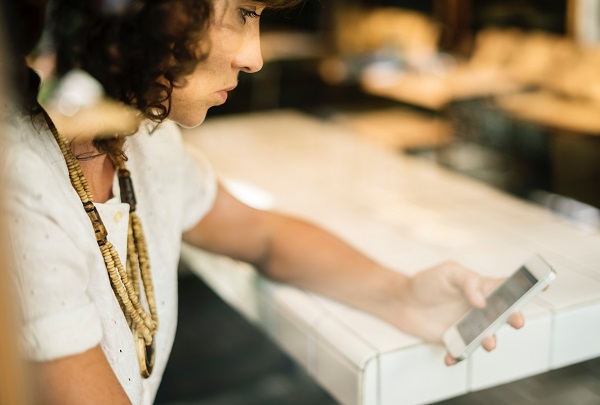 A KFC restaurant in China is using a facial recognition system that allows customers to pay for their dinner with a smile. It’s an example of how biometric technology is finding an increasing number of ways to make our lives easier.

Biometrics identifies people either through unique physical characteristics – such as their facial features, fingerprints, iris and vein patterns – or by the way they behave, as we all walk, sign our names or use our keyboards slightly differently.

The technology is common in areas where verifying identities is crucial, such as banks and airports. In Brazil, Banco Bradesco claims to have reduced ATM fraud to almost zero by installing palm vein scanners in over 35,000 machines. At London City Airport, staff scan their fingerprints to access restricted zones.

However, biometrics is set to find a host of new applications. Staring here at home, a system that uses facial recognition, palm vein scanning and object tracking is being developed for use on the London Underground. The Cubic Transportation Systems initiative aims to remove the need for barriers and reduce overcrowding by monitoring each passenger as they pass through the station.

In the automotive sector, German company Continental has unveiled a new level of security whereby simply having the key isn’t enough to start the vehicle – a fingerprint is also required. In addition, a facial recognition system recognises the driver and personalises vehicle settings such as seat position and music.

And Onfido, a company founded by three Oxford graduates, recently raised $60m, thanks to the success of its technology for helping websites verify users’ identities via their photo ID and facial biometrics.

Although governments began to take biometrics seriously after the 9/11 attacks, it wasn’t until the introduction of biometrics sensors, such as fingerprints on mobile devices, that the technology really entered the public consciousness. It is only now that we’re starting to properly consider the issues.

Dr Richard Guest, a Reader in Biometric Systems Engineering at the University of Kent leads the European Union’s AMBER project, which is researching the use of mobile biometrics. He believes mobile is the future, but warns that it is not just technical problems (like poor lighting and noise in external settings), but also privacy issues that have to be overcome.

“Behavioural biometrics, for example, require long-term monitoring, but how comfortable are we with organisations such as Apple or Google watching us 24/7?” he asks.

The Biometrics Institute, which promotes the responsible adoption of the technology, also sounds a note of caution. Chief executive Isabelle Moeller points to the huge advantages, but believes we must get serious about dealing with privacy issues. It’s a simple thing to change a password if it is compromised but what do you do if your fingerprint is stolen? And how can organisations be sure of the identity of people providing biometric samples?
Ultimately, if the public is to get fully behind the technology, industries need to be transparent about what data they have, how it’s being managed, what it’s being used for and how secure it is.

The technology is there – now the regulatory, security and ethical frameworks need to catch up.

This article originally appeared in City AM.

Sonya Iovieno is head of venture capital and growth banking for SVB UK, where she focuses on high-growth, venture capital-backed businesses that have usually raised Series A financing. She joined SVB UK in 2016.

Sonya has more than 20 years of corporate and commercial banking experience. Before her current role, she was responsible for new business origination with mid-market companies for Lloyds Bank.