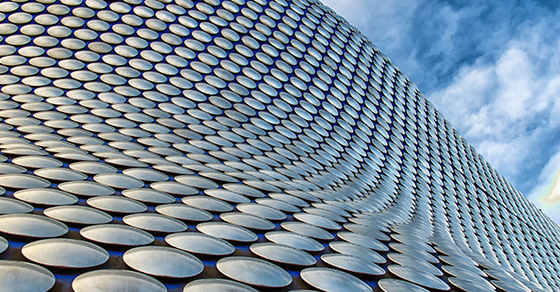 The venture industry has taken off since the end of the Great Recession, achieving figures unseen since the dot-com era. In the past few years, we’ve seen new dynamics take hold: Deal sizes grew while the number of completed financings declined; valuations rose as IPOs plummeted; and a variety of nontraditional investors became involved. We asked Silicon Valley Bank’s President Mike Descheneaux about his perspectives on the venture industry today and where it’s headed:

What’s your outlook for the venture capital industry?

Interest in the tech sector is strong for investors, companies and corporates alike, and venture capital remains the go-to source of funding for growing businesses.  VC firms are bullish on tech, and the favorable fundraising environment is resulting in new expansion and opportunity funds.  While raising VC funds for seed investing is challenging, there is plenty of capital for successful late-stage companies. In each of the last four years, annual U.S. venture fundraising has exceeded $30 billion, and that figure doesn’t include nontraditional investors such as SoftBank’s Vision Fund. With excessive dry powder in the ecosystem, companies are choosing to stay private longer.  However, as the pressure to generate liquidity increases, there could be more M&A activity.

What recent factors or market dynamics have impacted how SVB evaluates, invests in, or lends to the venture community?

The pace of M&A exits was healthy in 2017. IPOs, however, were a different story. The growth in IPOs we had expected did not materialize. Normally, this would put a chilling effect on valuations and the pace of venture investing in general. Instead, capital continued to be available for private, late-stage companies throughout 2017, resulting in valuations at the high end of the private company market that occasionally outpaced those seen in the public market.

These dynamics impacted the venture debt market, too. With ample, relatively inexpensive equity financing available to breakout companies across multiple sectors, coming from less-traditional sources such as mutual funds, hedge funds, family offices, micro VCs, and initial coin offerings (ICOs), many companies that would have otherwise been candidates for venture debt didn’t require this supplemental financing in order to fund their plan and/or reduce dilution.  At the same time, other breakout companies elected to supplement their equity raise with unprecedented amounts of venture debt, which compelled us to reevaluate how we think about valuations, growth rates, burn rates, access to capital and the amount of debt that is healthy.

We’ve seen anecdotes around the use of capital call loans by GPs across private equity and venture capital. What benefits do GPs realize?

While there are differing views on this subject, capital call lending provides GPs with a tool to fund investments and/or operating expenses in advance of receiving capital calls from the fund’s limited partners. VC and PE firms both use this tool, but typically see different benefits. VCs, focused on operational benefits, are attracted by the convenience of being able to fund an investment quickly while reducing the number and frequency of capital calls, but typically do not borrow for long periods of time before calling capital.  In contrast, PE funds value those same benefits, but tend to borrow for longer periods of time so as to delay the eventual capital call, thereby improving fund IRR.

Have you noticed any changes in regional deal flow, specifically new trends in investment outside of Silicon Valley? If so, what is driving that?

SVB has seen a dramatic increase in new capital sources and growing tech hubs in places such as Southern California, New York and London. New domestic capital sources such as family offices and high-net-worth individuals and new foreign capital sources, mostly from Asia, are fueling the venture growth in SoCal, New York, Salt Lake City and Boston, to name some examples. Much like the pattern seen with successful Silicon Valley-based companies, employees of successful startups in these regions are leaving to start new ventures.  VCs are also showing greater interest to invest in markets outside of Silicon Valley, such as Steve Case’s “Rise of the Rest Fund.”

Given the massive rise in fundraising in recent years, what do you think the future holds?

We expect VC fundraising to remain strong considering the pace of innovation, growing pervasiveness of technology, increasing number of viable investment opportunities and the expectation that more mega funds will be created, such as SoftBank’s Vision Fund. Venture-backed companies are staying private longer, prompting larger capital investments to continue to support these companies.

Michael Descheneaux is the president of Silicon Valley Bank, and oversees the global commercial bank, private bank, credit administration and business analytics, as well as SVB Financial Group’s venture capital investment arm, SVB Capital. He is also a member of the executive committee of the company, and serves on the board of directors for the company’s joint venture bank in China.

Michael joined SVB Financial Group in 2006 and was appointed chief financial officer in 2007. As CFO, Descheneaux was responsible for all finance, treasury and accounting functions for the company.

Prior to joining SVB, Michael was a managing director with Navigant Consulting and head of Arthur Andersen’s Financial Services Practice for the Central and Eastern Europe Region, advising large, public and multi-national clients. He was lead audit partner with Andersen’s Telecommunications and High Tech Practice in that region, and technical expert partner on U.S. GAAP and GAAS matters. During his time at Andersen, which also included assignments in the firm’s U.S. offices, Michael advised clients on a wide range of accounting and finance related issues, including audits of financial statements, SEC filings, restatements, purchase and due diligence investigations, arbitration and litigation support, internal controls, and off-shore investment structures. Michael has provided extensive acquisition advisory services to large banking clients and has served as an expert and consultant in international arbitration disputes related to banking and investing.