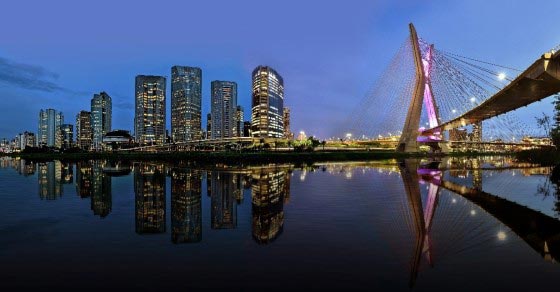 A growth story of innovation

Silicon Valley, fueled by a deep entrepreneurial culture and supportive venture capital, spurred the creation of companies from stalwarts like Facebook and Amazon to recent darlings Zoom and Robinhood. These companies have fundamentally changed how we socialize, shop, work and invest. The technologies and innovations of tech companies have led to productivity gains, improved quality of life and significant wealth creation. To date, however, the majority of these tech companies originated (and operate) in developed markets — nearly 80% of global VC-backed companies are headquartered in North America or Europe. Yet this trend is quickly changing: In the past 10 years, emerging markets have experienced widespread technological leapfrogging, growing investor willingness to back companies in emerging innovation economies. Latin America (LatAm) exemplifies this transition. 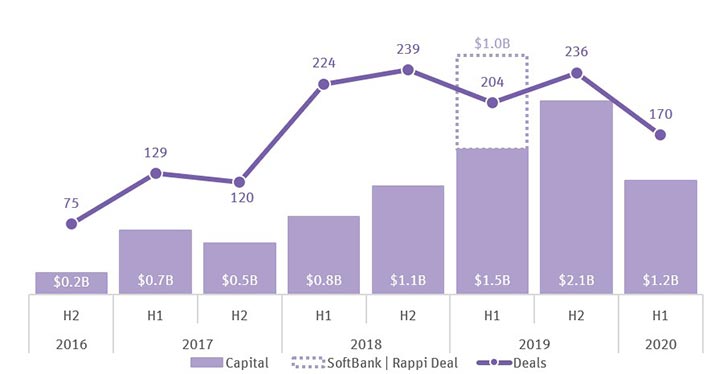 Between 2017 and 2019, LatAm VC deals grew at a 33% compound annual growth rate (CAGR); at the same time, VC investment in LatAm grew at a 93% CAGR. The rapid growth of capital illustrates not only the growing innovation economy in LatAm but also increasing investor confidence in the region, as investors are writing bigger checks. SoftBank Group, for example, has raised a $5B innovation fund focused solely on LatAm.

Most VC investment in LatAm goes to Brazil, which received 60% of VC investment in H1 2020. Investment disproportionately goes to Brazil in part because the government has established incentives for VC, such as highly favorable tax laws for capital gains, and because São Paulo is one of the largest tech hubs in LatAm. As we know from Silicon Valley, the networks that form in and around tech hubs create a self-perpetuating cycle: High-tech companies attract talent, capital and supporting infrastructure, which fuels the next round of founders and further growth of the ecosystem.

Venture investment in LatAm has slowed in 2020 because of the COVID-19 pandemic, but similar declines are occurring in other major innovation economies. LatAm investors have faced many of the same challenges: High uncertainty, difficulty conducting diligence remotely and top-of-the-funnel deal flow declined as a result of decreased networking. Yet company founders in LatAm have built-in resiliency to weather the storm because they are conditioned to operating in countries with mediocre GDP growth, inflation and poor infrastructure.

Despite short-term declines, the long-term growth of VC investment is fueled by strong VC fundraising dynamics, not only for funds within LatAm but also for international funds, which are increasingly active in the region. As with most innovation economies, VC dry powder has reached new heights in 2020 — signaling a bright future. 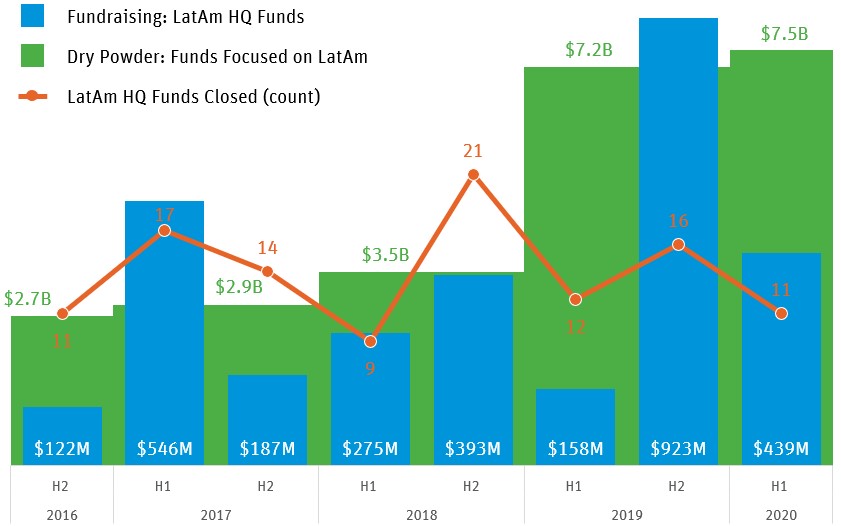 Although VC fundraising is robust in the region, like many emerging VC ecosystems LatAm depends on foreign capital to fuel its growth. Nearly 70% of funds investing in LatAm are from the US, and 12% are international (excluding the US). In 2010, only 137 US VC funds invested in LatAm; for 2020 year-to-date, that number has grown to more than 560. Yet while US participation quickly grew, there is plenty of room to expand. Of all active US VC firms since 2015, only about 30% have invested at least once in LatAm.

Compared with developed countries, higher political, operational and security risks in LatAm —coupled with the added logistics of cross-border financial transactions in a new market —discourage some investors from buying in. The number of investable companies in the US has held steady over the past three years, yet the amount of US venture dry powder has reached a record high, which means increased pressure on VCs to look further afield. As such, we at Silicon Valley Bank expect more capital to flow into LatAm in search of investment opportunities that offer favorable valuations for investors compared with Silicon Valley startups. Furthermore, in an era when remote due diligence is the norm, there is less reason for international investors not to take action: Everyone looks the same on a 15-inch screen whether you’re a mile away or 5,000 miles away.

Headquarters of funds investing in LatAm by year 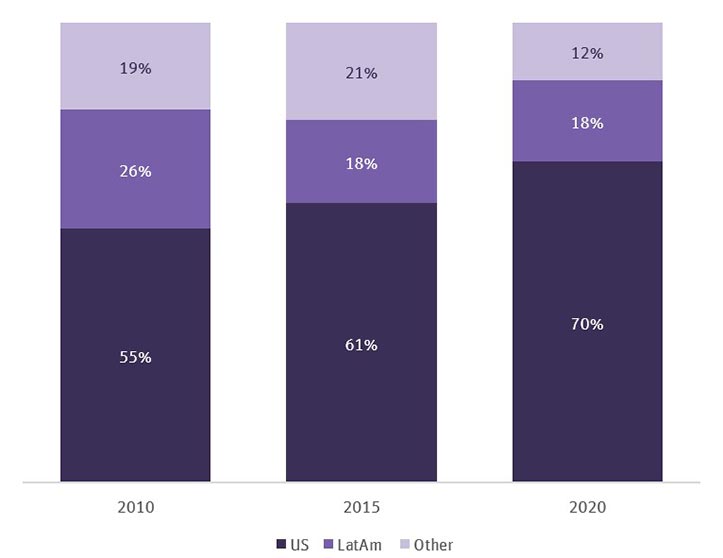 Source: PitchBook and SVB analysis. Note: Funds have participated in at least one deal in LatAm in a given year.

With an abundance of capital, growing interest from international investors, a vibrant early-stage ecosystem and the proven success of LatAm unicorns, we see a bright future for the innovation economy. COVID-19 will undoubtedly continue to stifle investment, but the fundamentals of LatAm have not changed.

As the global leader in the innovation economy, we at SVB are excited to partner with entrepreneurs and investors in this up-and-coming ecosystem — taking our learnings and deep industry expertise from Silicon Valley and bringing it to LatAm. With this in mind, we recently launched our first $30M debt fund focused on lending to growth-stage technology companies in the region. While small, through close relationships with IDB Invest and Partners for Growth, we can write checks between $1M and $15M. As LatAm continues to grow, we look forward to supporting the next generation of founders and VCs as a business and financial partner. If you are a founder or investor in LatAm or are interested in learning more about LatAm opportunities, please reach out — we are always happy to chat.

Our State of the Markets Q4 2020 report provides our unique inside view as the innovation economy continues to demonstrate its resiliency and continued success, amid the new normal. 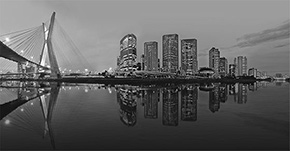 Hedge funds are increasingly investing in fast-growing startups. In the latest Venture Monitor, SVB’s Sunita Patel discusses what's driving this trend, how it's affecting startups and how venture capitalists are responding
Read more