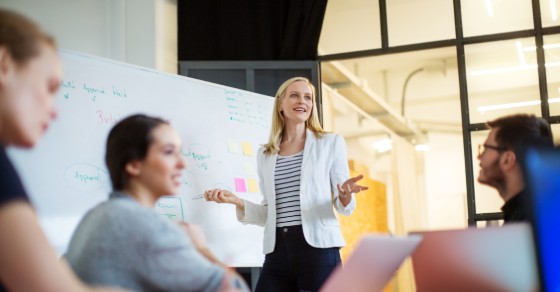 Not always. But their services can help your founding team get to the next level.

The terms are sometimes used interchangeably, but there are well-agreed upon differences between accelerators and incubators.

Accelerators: Accelerators aim to do literally that: accelerate your startup’s growth. Applicants will be expected to have something more than an idea, be it a prototype or product. They provide intensive guidance, support and structure for a set period of time, most commonly three months. They’ll expose you to advice from a wide range of mentors. You’ll be building toward a “demo day” when you’ll present your idea to potential investors and other interested parties, including press.

Incubators: Incubators tend to offer companies a longer-term home in exchange for a similar cut of equity. Applicants can be accepted with just a germ of an idea.

A startup accelerator can be a big distraction. Creating a tech company is invariably an around-the-clock endeavor that leaves room for little beyond work. Committing to an accelerator can rob founders of time that would otherwise be spent building product, hiring key staff, closing sales or the other things they’d be doing if holed up in their living room, garage or a WeWork somewhere. And signing an accelerator agreement typically means giving up a slice of your company in exchange for a relatively small slug of cash.

And yet many founders who have gone through a top-tier accelerator believe it was the best thing that ever happened to their company.

That’s how I felt as a member of the founding team behind EverTrue, a Boston-based company that applies social media analytics to fundraising in education. Taking part in the 2011 class of Techstars, a leading accelerator with chapters scattered around the globe, meant surviving what the group calls “Mentor Madness” — basically two weeks of back-to-back-to-back meetings that sometimes felt like speed dating. There would be a lot more meetings as part of the 90-day program, along with many social obligations. But all of us on the EverTrue team agreed the experience was well worth it.

“I’m not sure we would have made it without Techstars,” says my EverTrue co-founder and CEO Brent Grinna. In the ensuing years, the company raised roughly $25 million in venture funding. With EverTrue going strong, I left in mid-2018 to take a job with Silicon Valley Bank helping Boston-based early-stage startups.

Not all accelerators are alike, however. There are some 200 accelerator programs across the United States — many more globally — and they differ in approach, focus and cost, not to mention effectiveness. While top programs boast of a large roster of well-known graduates, the number of successful exits and amounts raised drops off rapidly, according to reports in Forbes and Seed-DB.

That’s why the real question your founding team should be asking is whether an accelerator is right for you given your size, circumstances and the challenges you face as a business. And you need to choose carefully so you don’t end up giving away your time and equity in exchange for off-the-shelf help.

"It will help you drastically improve in a short amount of time your leadership skills and the fluency you need to build an early-stage company."

Sonciary Honnoll, cofounder of Promoboxx, which sells marketing technology connecting retailers and manufacturers, says going through Techstars proved effective in part because the opportunity to join the program came at the right time. “We were at the point where we had bootstrapped for a bit of time and weren’t sure how to get to that next level,” she says. She credits the program with helping to school her in what she lacked: the skills to build a successful company.

Now Honnoll advises every founder, especially first-time CEOs, to at least consider whether an accelerator makes sense for them. “It will help you drastically improve in a short amount of time your leadership skills and the fluency you need to build an early-stage company,” she says. This winter she joined Techstars as a mentor-in-residence in Boston — something I’ve done as well for the past two years.

Membership has its privileges

Judging an accelerator’s potential value to a company means assessing the strength of its network.

“An accelerator can very quickly introduce you to a ton of people,” says serial entrepreneur Michael Wolfe. That’s especially useful if you are new to the industry. “By connecting you to a lot of advisors, you quickly become part of the culture and develop a network in a year that it would otherwise take ten years to create,” he adds. Membership in that network also gives you credibility, which will help with hiring and fundraising.

Talk to founders that have gone through an accelerator to figure out if it’s a fit for you.

The key, Wolfe says, is getting into a quality accelerator such as Techstars, which is backed in part by SVB, or Bay Area-based  Y Combinator (YC). “If you go with an accelerator that’s not as well known, or not as respected, the benefits are not as clear,” he says.

Other incubators might make sense for your founding team because they may specialize in your startup’s sector, be it life sciences, healthcare or retail. Some of the country’s top universities are also creating well-regarded accelerators, including Stanford’s StartX and MIT’s delta v. So, too, are large corporations with clout in a given sector; for instance, Johnson & Johnson’s  JLABS, whose focus is life sciences. There are also some strong regional accelerators, such as MuckerLabs in Los Angeles and the Entrepreneurs Roundtable in New York. (Silicon Valley Bank runs Commerce.Innovated, a commerce-focused accelerator, in conjunction with First Data.)

“With all these different programs out there,” says Pejman Nozad of Pear Ventures, “my suggestion is to talk to founders that have gone through an accelerator to figure out if it’s a fit for you.” Look closely at its mentors and staff, “and see what value you might get out of those relationships.”

Make the most of it

That was an easy calculation for Zach Dixon and his two partners, who took part in Y Combinator in the winter of 2018. After two years of 16-hour days spent working on Players’ Lounge, a gaming platform, the trio temporarily moved from Brooklyn to the West Coast.

Being with a cohort of founders who were going through the same challenges was an amazing experience, Dixon says. It taught him to navigate personnel, fundraising and scaling issues. And it was a bit like college: the requirements were minimal so it’s up to participants to make the most of it.

“You become part of this amazingly prestigious accelerator program that educates you in any number of ways, optimizes you for fundraising — optimizes, really, your early company cohesion,” he says. After moving back to Brooklyn, they raised a $2.5 million seed round from an impressive set of investors on favorable terms. One year later, the company has more than tripled its revenue and headcount. “There’s definitely our life before Y Combinator and our life post-,” Dixon says.


“An accelerator can very quickly introduce you to a ton of people.”

When you should say no to an accelerator

Despite all these benefits, weI sometimes advise teams to say no to an accelerator. One factor might be the stage at which a company finds itself. You can be too early for an accelerator. “I wouldn’t say an accelerator is right for every company,” says Honnoll. “Generally it’s better to have a product that’s gotten at least some traction.” You can also be too late once you’ve raised venture money. And it’s possible that your founding team has a depth of knowledge and experience that would make an accelerator less valuable.

What’s more, accelerators often require that a company temporarily relocate, which can be disruptive, though some are looking for ways to address this challenge. Techstars, for example, has started a virtual program for a cohort of 10 companies per class.

Robert Sweeney, a repeat entrepreneur, applied to Y Combinator but after some reflection said no when he was invited for an interview. He explained his decision on Medium: His years building a VC-backed startup had been a “complete hell.” His new company was already profitable and growing fast, and he was working just 40 hours a week. “The truth is, bootstrapping is a better choice for most software engineers, especially if you are a first-time founder,” Sweeney wrote.

Venture capitalist Andrew Beebe of Obvious Ventures points out another risk — there’s a chance yours? won’t impress investors. “Being part of a powerful accelerator like YC can be a double-edged sword,” Beebe says. “If you don’t get funded in those first weeks after graduating, everyone does ask, ‘What’s wrong with that company?’”

Takeaway: if the fit is right, an accelerator can be great

Often an accelerator makes great sense for a startup. The key is to find the right fit — and then do what you can to convince those running that accelerator that you belong there.

And whatever you do, don’t make the mistake to wait for the accelerator to validate your idea. “We’ll hear from entrepreneurs who say if you accept me, we’ll pursue this idea,” says Wolfe, who has served as a judge for StartX. “We’re saying ‘no‘ to them. We want people who say, ‘We’re starting this company one way or another, and it’s going to be awesome. And we’re hoping you guys can help us.’”

Written by
Jesse Bardo
Jesse capitalizes on his own experience as a founder to help other entrepreneurs as they turn their early-stage businesses into high-performance companies.