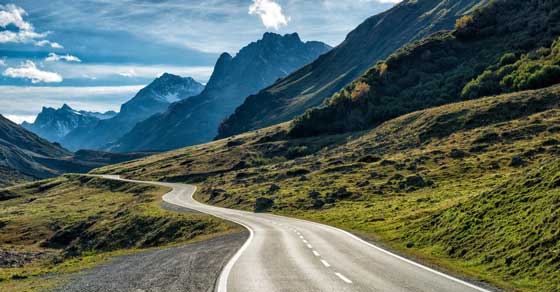 Outlook: The effect of the pandemic on the US economy

Looking back one year ago, many of us were realizing that the COVID-19 pandemic was not the short-lived (maybe a few weeks at most?) hiatus we had originally thought when shelter in place orders were mandated across the country. Instead, we watched the novel coronavirus make its way across the globe. Though equity capital markets remained largely steady due to global central banks’ policies to shore up the world’s economies, the slow rollout of the vaccine coupled with rising cases threatened to cause a near standstill in economic growth and productivity. Most notably, the hospitality and travel industries were decimated, and many were forced to pivot to another way of doing business — some did and survived, whereas others did not. Fast-forward 12 months and we are witnessing a dramatic turn of economic events even as the global pandemic continues.

What lies ahead for the rest of 2021 and beyond?

In short, we are simply not out of the woods yet with respect to the pandemic. While it is thrilling to be regaining some sense of normalcy, we absolutely cannot become complacent. Israel, often cited as a model country with respect to handling the pandemic, is reinstituting restrictions, and new requirements are also appearing in the US and elsewhere in response to the Delta variant.

So, from an economic standpoint, what do we need to worry about? Inflation? Interest rates?

Indeed, the focus by many in recent weeks has been on rising inflation — with the US July Consumer Price Index (CPI) coming in at 5.4% comparing prices to a year earlier, more than expected and higher than the May index. However, it was only April 2020 when the US pandemic-induced recession hit rock bottom. The remedy was to increase money supply, fueled in the US by stimulus checks making their way into household bank accounts and corporations raising cash reserves.

These actions by the Federal Reserve were intended to stimulate consumers to spend or invest more. This also led to higher wages and allowed companies to generate higher revenues. Additionally, inflation, in conjunction with low interest rates, is typically positive for risk assets like equities and real estate. A problem occurs if there is sustained inflation, which can threaten economic stability, and that is when we will start to see central banks tighten monetary policy and raise interest rates. And as we saw from recent Fed meetings, there was certainly a more hawkish tone noted and talks of tapering, suggesting it might be looking to raise interest rates sooner than expected, possibly in early 2023 instead of 2024.

Some wonder if this was the best time for the Fed to take this tone as US growth and inflation were in the process of peaking. It is widely believed the economy is improving and that inflation expectations are changing from “too low” last year to moderate this year. The scenario we all want to avoid is a repeat of the 2013 “taper tantrum,” which saw bond yields rise by 130 basis points (bps) even though the Fed did not begin raising interest rates until December 2015. Of course, tapering is on the horizon, but the Fed will likely do it in a thoughtful way to avoid significant negative impact. It would seem, though, that US economic growth should moderate in late 2021 or early 2022. Indeed, Fed Chair Jerome Powell noted he was surprised by the speedy recovery. The Fed lifted the projected inflation rate to 3.5% from 2.5% but did not give a time frame for when and how it might begin to taper its balance sheet.

As we look at lower Treasury yields, and with the yield curve flattening, these signs point to a slowing economy, not an overheating one. That likely signals that the current spike in inflation probably won’t last. It’s fair to say most investors would agree that a few months of higher consumer prices would not be economically significant — particularly given supply chain shocks and all that has been disrupted over the past 16 months. The question is whether inflation will persist over a longer time period. And if worrying about it creates a kind of self-fulfilling prophecy, which could trigger a surge in bond yields, with negative knock-on effects for risk asset markets.

From tailwind to headwind: The outlook for inflation

From an investment perspective, the outlook for inflation is important mostly because of its implication for Fed policy, interest rates and equity valuation multiples. Fed policy has turned from a tailwind to a headwind for the US equity markets, and investors are increasingly focusing on when and by how much the Fed will taper and eventually raise rates. However, once it is clearer that growth is slowing and the spike in inflation is transitory, we expect the Fed to be less hawkish, but these things don’t happen overnight.

Global economic activity is beginning to gain back what was lost during the pandemic, and that is undeniably a good thing. That said, millions of people are still out of work, and that will take some time to correct. Assuming job growth stays strong (expecting on average 500,000 new jobs per month over the next six months), this will only add to GDP growth in the coming quarters. 2021 GDP growth will likely meet, if not exceed, our expectation of 7.0% and remain strong (at 4.9%) in 2022. We still expect to see strong growth and accommodative monetary policy in the near to intermediate term. But we need to be mindful and wary about a resurgence in the virus — or one of its variants — because that could change things in a heartbeat.

Remember, we are in a long game, but investors often get caught up in short-term thinking, which can be risky. Right now, news in the market is largely binary: Is virus risk on or off? We would expect to see a typical summer slowdown, including lighter trading volumes in the equity markets. The bond markets also don’t seem to be too affected by inflation pressures yet — except for the brief jump in yield on the 10-year Treasury note in early March, when it went from below 1% to between 1.4% and 1.5%.

While the general consensus is that inflation will rise in the long term, realistically, it is likely to be at least another two or three years before we really see if structural inflation manifests itself. Also, the official CPI likely overstates underlying inflationary pressures, as the pandemic disrupted global economies. At the end of the day, the Fed wants to make the post-pandemic monetary re-entry uneventful for financial markets. Time will tell whether or not its decisions are successful.

Tips for Personal Financial Planning before an IPO