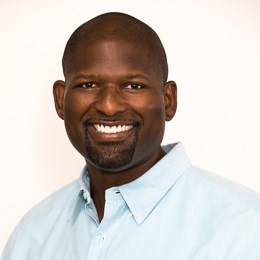 Splits among co-founders can be even or not, but they should be discussed openly

When Bill Gates and Paul Allen co-founded Microsoft, they split the company 64% to 36%. Google’s co-founders, Larry Page and Sergey Brin, went 50%-50%. Which model should you follow? It depends. You should weigh a variety of factors including circumstances, experience, contributions and roles. Whatever you do, don’t avoid the topic with your co-founders, as that is bound to cause big problems later. We talked to some experts whose advice will help guide what could be awkward conversations about who owns what.
-- DeMarcus

Discussions about how to split a startup’s equity among founders can be emotionally charged – so it’s not surprising that many first-time founders avoid the topic altogether.

Scott Dettmer, a Silicon Valley-based lawyer who has been advising startups since the mid-1990s, sees it all the time: the team settles on an equal equity split because it’s more expedient than a difficult back-and-forth.

“Sometimes we’ll feel more like the group psychologist when we sit down with the founders and say, ‘let’s talk this through,’” says Dettmer, a founding partner at Gunderson Dettmer. “We’ll tell them, ‘Here are some things to consider, here are some ideas for thinking about it.’ Often it ends with them looking awkwardly at one another and saying, ‘Uh, we have some things to talk about, we’ll get back to you.’”

There’s no magic formula for determining the equity split among founders. There’s no correct answer when venture capitalists ask the founding team — as they invariably do — who owns what percentage of the business. VCs seek clear reasoning and transparency about how the equity split is determined.

The one mistake to avoid is showing that you’ve spent almost no time discussing it. It’s an issue that can lead to big problems in a company’s future if not properly aired. Several startup equity calculators can help guide you through the discussions.

Figuring out what’s right for a team begins with a frank conversation. And the factors to consider should go well beyond skills, experience and contributions at the time of founding. You’ll want to discuss expectations, risk profile, commitment and personal circumstances. And you’ll want to peer into the future and think about how things might evolve. Bahat advises founders to think broadly. “I think it’s one of the most important decisions that founders make,” he says.


“People can be in different stages of life,” he adds. “Or sometimes there are situations where someone needs more cash to make their life work and they need to give up equity.” He also suggests talking through hypotheticals that might include spouses and children who haven’t come into the picture yet. And what if three or four years in, one of you decides to take a foot off the gas pedal while the other two continue driving as hard as ever? Founders should dedicate ample time to “understanding deeply each other’s interests and intentions,” he says.

The equity should be split based on value creation.

The role each founder plays is critical. “Generally the CEO gets more,” says Peter Pham, a serial entrepreneur, angel investor, startup advisor and cofounder of Science, an incubator in Santa Monica, California that has given rise to Dollar Shave Club and Bird. Pham remembers a team that came in to Science thinking they’d split the company 50-50. “We had to tell them, ‘Look, it can’t be 50-50. Because you’re the CEO and your partner is not, and the value of their role will diminish over time and yours will increase,’” Pham says. While the non-CEO founder deserved a large stake in the company, “the equity should be split based on value creation,” he adds.

Pham was himself the founding CEO of BillShrink, a loyalty rewards company acquired by  MasterCard in 2012, and was part of the founding team at Photobucket in 2005. “At a certain point, your best friend, who owns 33 percent of the company, stops working so hard. Then what?” he asks. “The CEO never stops working.”

What’s an idea worth?

Coming up with the original idea for a startup, of course, is critical. But if the founder who contributed it then takes a back seat, the amount of credit that idea should get on the cap table is less than you might think. Consider Uber. The company began when Garrett Camp started working on an app that would let people use phones to hail a car. At the IPO, Camp owned 4.6 percent of Uber, whereas Travis Kalanick, who led the company until 2017, owned 6.7 percent (and that was after selling around $1 billion in shares to SoftBank earlier on). “Garrett essentially founded Uber but Travis came in as CEO and so Travis owns more,” Pham says.

Dettmer agrees. Success depends on execution — which also needs to factor into any ownership discussion. “If you’re talking about someone who really is at a CEO level of experience, that’s where a thoughtful process would lead the founders to say, ‘this person demands more money,’” he says. The marketplace should play a role in the calculations. “Part of that process would be asking: ‘What it would take to replace this person?’” Dettmer says.

"It’s one of the most important decisions that founders make.”

Not all CEOs are the same

Yet Dettmer cautions against giving too much weight to another kind of CEO — the de facto CEO who is simply assigned to lead the company until it gets big enough to require a real chief executive officer. “Very often a young company gets started by three engineers — three buddies,” he says. “Maybe one of them is the CEO but there’s no expectation that person will be CEO over the long term. That’s a setting where an even split might make sense.”

The Takeaway: Think hard about how to split equity

Maybe the best argument for having a serious ownership discussion early is highlighted in the results of a study by Noam Wasserman, a professor of clinical entrepreneurship at the University of Southern California and founding director of USC’s Founder Central Initiative. Professor Wasserman studied more than 6,000 startups over fifteen years and reported that startups who chose an even split by default, bypassing difficult but important discussions, were three times more likely to have unhappy founding team members.

Unhappiness can even taint a runaway success. “I’ve been at big liquidity events where everyone should be celebrating,” Dettmer says. “But two of the three founders say, ‘The third is getting more than he deserves.’” Avoid that situation, or worse, by discussing equity splits early, fully and openly.

Written by
DeMarcus Williams
DeMarcus specializes in helping startups through solutions that focus on competitive research, trade-off analysis, business planning, and sourcing opportunities.
This material, including without limitation the statistical information herein, is provided for informational purposes only. The material is based in part upon information from third-party sources that we believe to be reliable, but which has not been independently verified by us and, as such, we do not represent that the information is accurate or complete. You should obtain relevant and specific professional advice before making any investment or other decision. Silicon Valley Bank is not responsible for any cost, claim or loss associated with your use of this material.
Get monthly startup insights and advice
Thanks for signing up!
Thank you for signing up for insights from Silicon Valley Bank.  Each month we’ll share insider knowledge and lessons from breakthrough founders, advisors, and VCs that can help you navigate fundraising and operate more efficiently.
Go to Trends & Insights Now

Shutting Down a Startup: How to Protect Yourself and Your Investors from Liability

The Art of the Investor Pitch Deck: How to Make a Presentation that will get Noticed