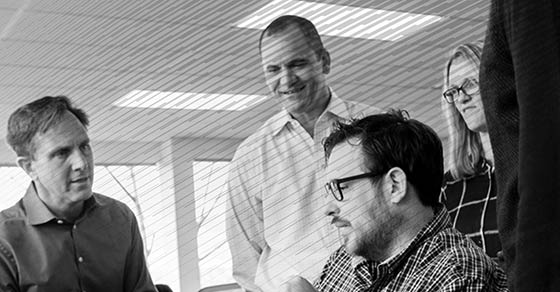 Patrick Salyer’s software start-up pivoted twice on its way to a $350M exit; its story offers valuable lessons for entrepreneurs

In recent years, the word “pivot” has become one of the buzziest within the innovation economy. It seemed as if every other startup had switched gears and morphed into a new company. And it sounded as if a pivot was no big deal.

The truth is that pivots are hard. It’s hard to recognise that you need a radical course correction. And, once you’ve decided to go for it, it’s hard to pull one off. We asked a CEO with two successful pivots behind him to share tips with us.

It was 2009 and the executives running a start-up named Gigya recognised their survival required them to pull off a pivot. The then three-year-old company was selling widgets that customers used to spice up their MySpace and Friendster pages, and it had no problem hitting its revenue targets.

And so like many other start-ups, Gigya needed to come up with a pivot strategy or forget its dreams of big success.

A pivot, of course, is when a start-up breaks with its core focus and changes direction in a fundamental way. Sometimes it happens early on in a company’s life; at other times, after one or more rounds of funding. It might mean scrapping a key product or pursuing an entirely new market, if not both. In Gigya’s case, the founders dropped the very idea that first gave life to the company.

“We still called ourselves Gigya but that’s about all that stayed the same,” says Salyer, now a partner at Mayfield, a top-tier Silicon Valley venture firm. The widgets, which the company monetised through advertising, were out. Instead, Gigya would try selling what it called “social infrastructure” to large enterprises seeking to capitalise on the rise of social networking.

A pivot can seem almost a rite of passage for the successful entrepreneur. Slack, the ubiquitous business messaging tool, began its life as a game developer; Instagram, as a location-based check-in service; and PayPal, as a way to “beam” payments wirelessly between personal digital assistants (remember the Palm Pilot?).

Yet for every PayPal or Slack, there are countless companies you’ve never heard of because they failed to recognise that survival depended on a pivot. Others may have understood the need for an abrupt change in strategy, but failed to execute it successfully.

Pulling off a pivot is hard. “It’s essentially an irrational act,” says Ryan Sarver, an early employee of Twitter and now a VC at Redpoint Ventures. “You’re all fighting to climb one hill but during the battle, suddenly leadership is telling you that you’ve been fighting on the wrong hill.” The shift can be emotionally draining for employees and drain an entire company of its energy. “The odds of success are low,” Sarver says.

If the first challenge of any pivot is recognising the need for radical change, the second might be even more difficult: being brave enough to act decisively. “Early-stage teams get fixated on the new product that everyone has come together to build to the point they ignore warning signs in the market and miss the potential to build a different product of more value,” says Anarghya Vardhana, a partner at Maveron, a consumer-only venture fund.

Gigya suffered no such blind spot. Salyer vividly remembers a 2009 executive meeting where everyone realised the company was doomed if they didn’t adapt to the changing environment. “To the founding team’s credit, they immediately shifted resources into building something new,” Salyer says. If they couldn’t build a thriving business around widgets, they would try something else.

The founders’ determination to build a big, long-lasting company helped. “When you see evidence that that won’t be the case, it’s a lot easier to let go,” says Salyer. Speed was essential. Gigya continued to sell its widgets to help the 40-person company survive a difficult transition period. But immediately every penny of R&D was devoted to finding a new product. A few months later, Gigya was ready to start pushing a beta of a new “social infrastructure” product aimed at businesses. It allowed employees to log into a corporate social network using Facebook, giving them access to a social feed and the ability to share content with colleagues.

Gigya’s executives determined that the R&D staff would be able to shift gears and build the new product. Sales was a different story. Gigya’s salespeople were expert at pitching ads for a consumer product. Selling to businesses required greater technical sophistication along with the patience inherent in sales that typically took months. Gigya decided it needed to build a new sales team, which meant laying off some of its existing salespeople who couldn't make the transition.

Gigya’s pivot also forced the company to alter carefully-considered financing plans. Gigya had raised $11 million in a series C round less than a year before this first pivot. Rather than try to raise a new round, which would have been difficult mid-pivot, the company persuaded its existing VCs to extend the C round with an additional $6 million at the same valuation. That was in early 2011, by which time businesses had begun buying Gigya’s new product. The new revenue was enough to convince existing investors the company was on the right track, but may not have been sufficient to lure new investors.

Salyer took over as CEO on his 30th birthday, at around the time the company was closing on the extended C round. The first pivot proved successful. After some further internal changes, a growing number of customers embraced Gigya’s social infrastructure product, which was sold through a Software as a Service (SaaS) model.

“I couldn’t see how I could grow that to $50 million,” Salyer says. Customer retention was a growing problem, leading Salyer to realise that Gigya’s service was a “nice-to-have” but not a “must have” product, Salyer says. “With the high churn rate, the math[s] just didn’t work out,” he adds.

The product change required Salyer to shift the company’s go-to-market strategy to focus solely on large customers. As the social infrastructure product began to die from neglect, the company was faced with a familiar problem: it had the wrong sales team for the new job. Gigya shut down a 40-person office in Phoenix focused on reaching small- and medium-sized businesses and initiated additional cuts in other parts of the organisation.

“The customer ID product quickly eclipsed the social product,” Salyer says. The successful pivot, and list of marquee customers that included the likes of Nestlé and GlaxoSmithKline, drew the attention of enterprise software giant SAP, which partnered with Gigya in 2017. Later that year, SAP acquired Gigya outright for a reported $350 million.

A pivot is often painful and difficult, but it can save your company. Being attuned to internal issues and market forces can enable you to recognise when a radical shifts becomes imperative, so you can act decisively. “You have to be bold when you do these things,” says Salyer, who at the start of 2019 left SAP to become a VC. “You have to do what’s right for the business.”

Most entrepreneurs with global ambitions will have the US market in their sights as part of their business journey. What then are the key considerations for UK and European entrepreneurs looking to go stateside?