HALF OF STARTUPS HAVE NO WOMEN ON THEIR LEADERSHIP TEAM

We also find that 59 percent of startups have some type of program in place designed to increase the number of women in leadership — and that the founding team’s gender often determines which executive roles women hold at startups.

Since 2014, Silicon Valley Bank has produced the Women in Technology Leadership report as part of our annual Startup Outlook series of reports. Read the 2019 Startup Outlook Reports to learn more about US, UK, China and Canadian startups’ views on business conditions, hiring, raising money and more.

Half of startups have no women on their leadership teams 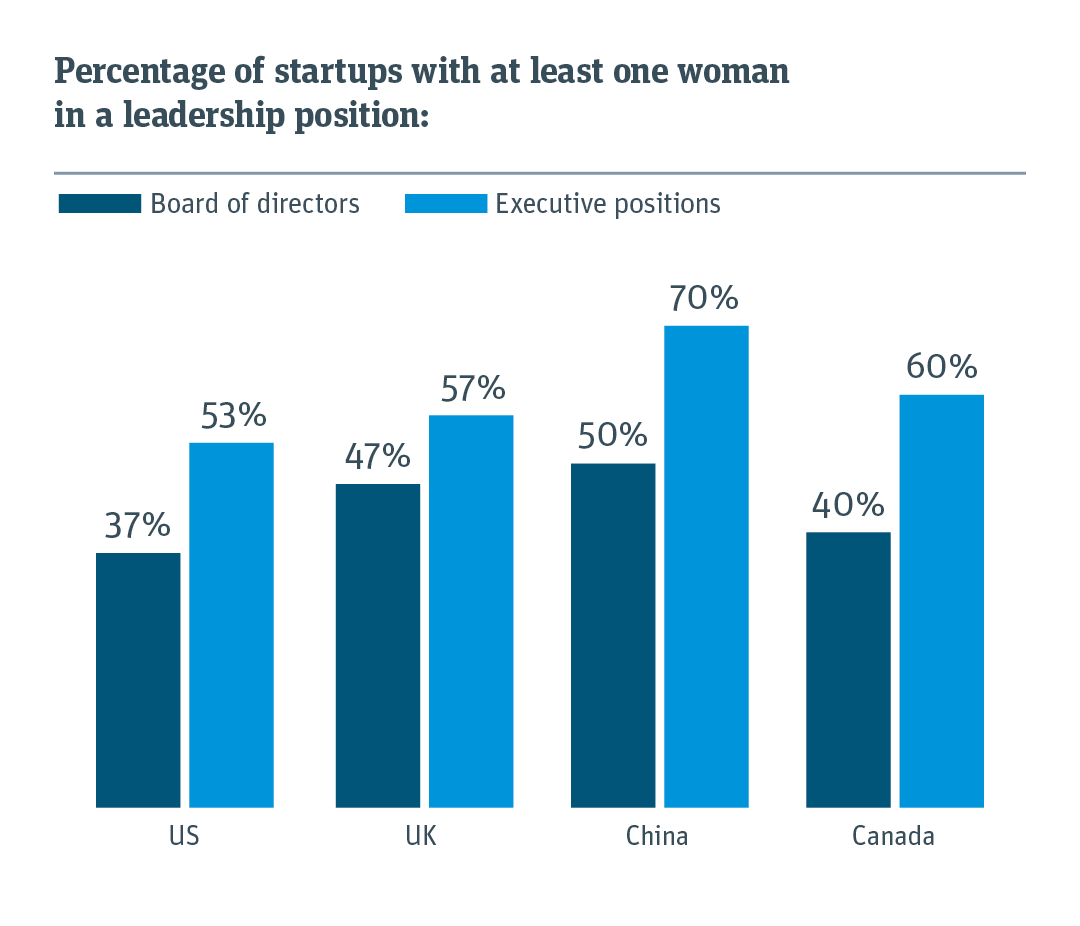 Amid a growing focus on the lack of women in tech leadership, there is some evidence that more women are joining startup boards and filling executive roles. Progress is slow, but it is encouraging to measure momentum compared with the previous two years. 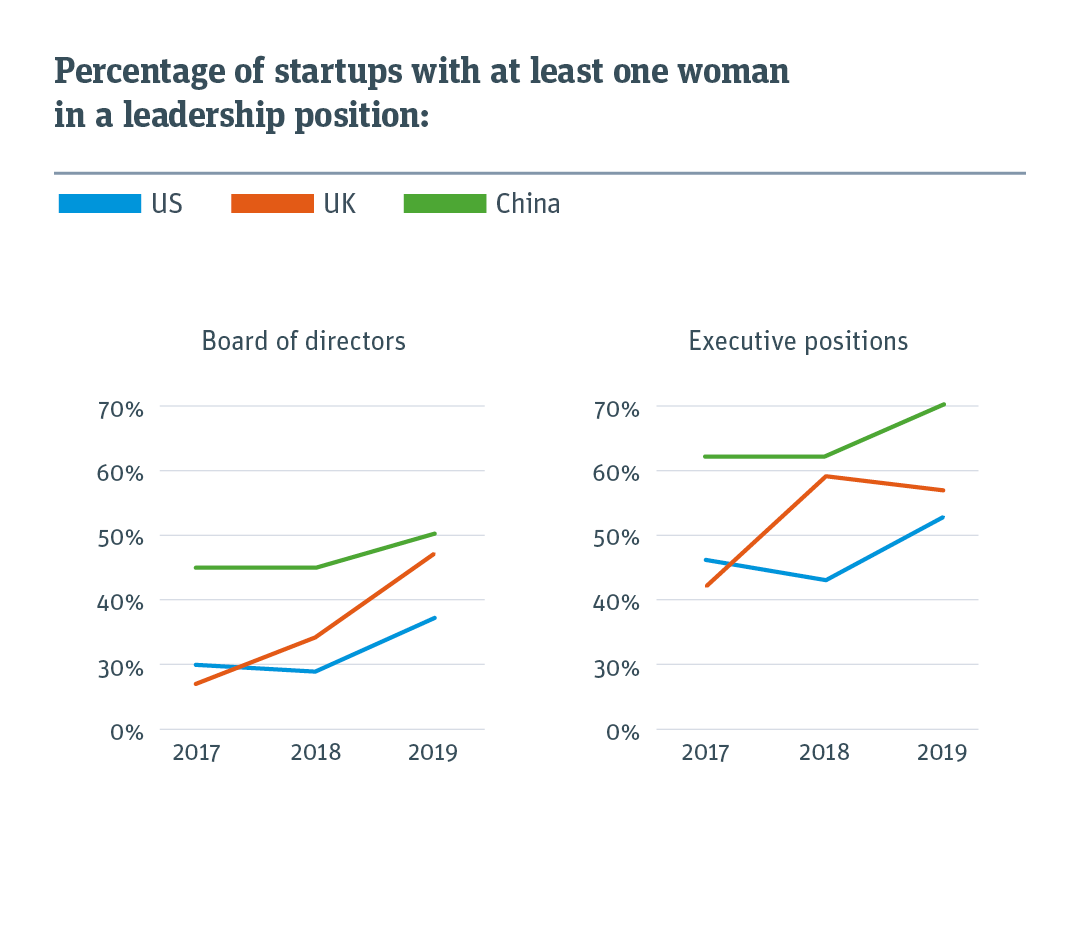 One in four startups has a woman on the founding team

Twenty-eight percent of tech and healthcare startups have at least one woman on the founding team. 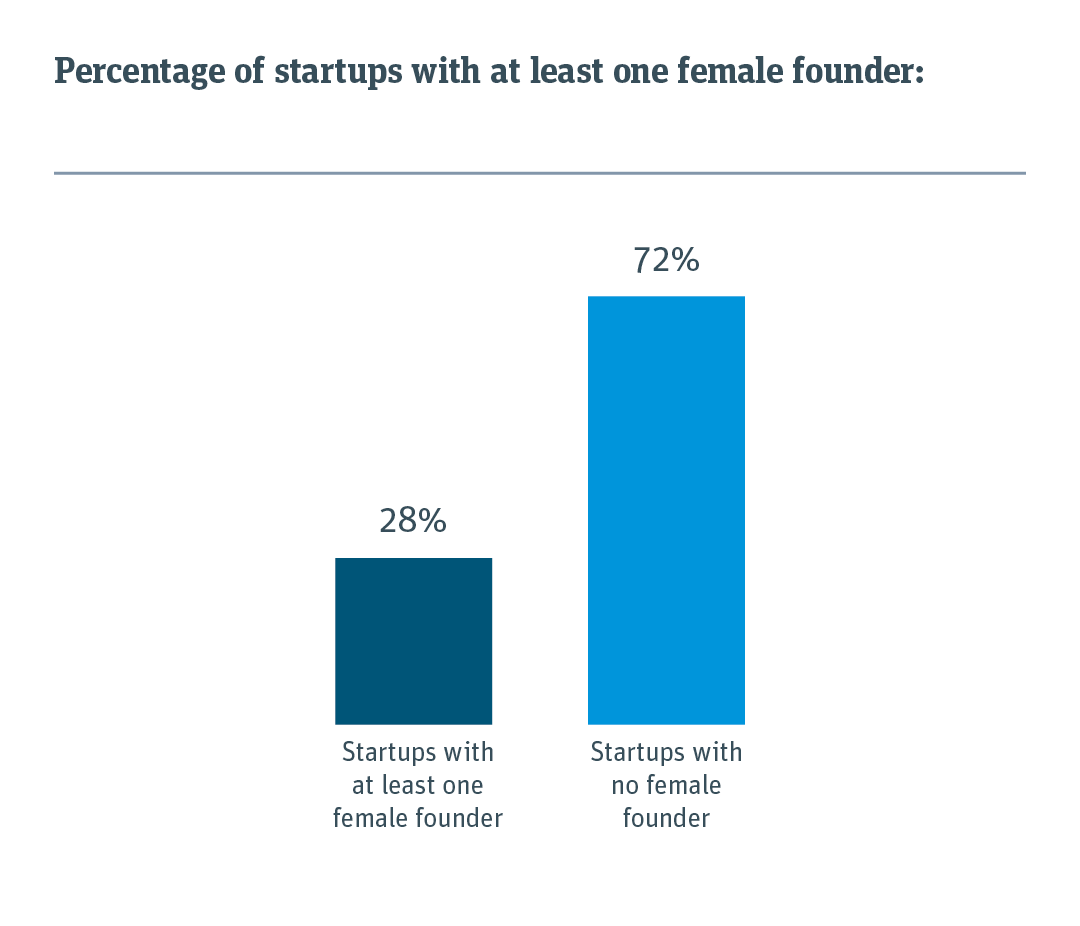 The numbers are stark: Just 5 percent of startups with only men on the founding team have a female CEO, whereas 63 percent have women as HR chiefs. 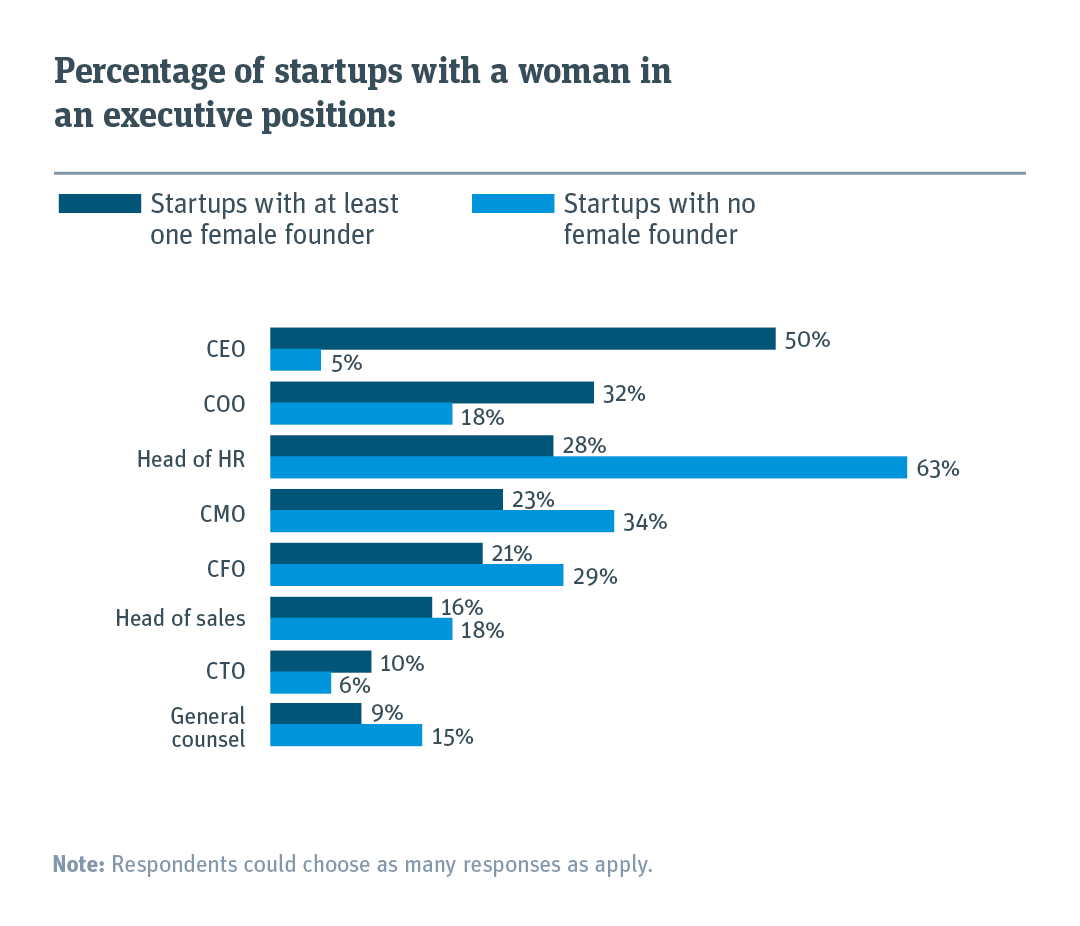 Six in 10 startups have programs to increase women in leadership 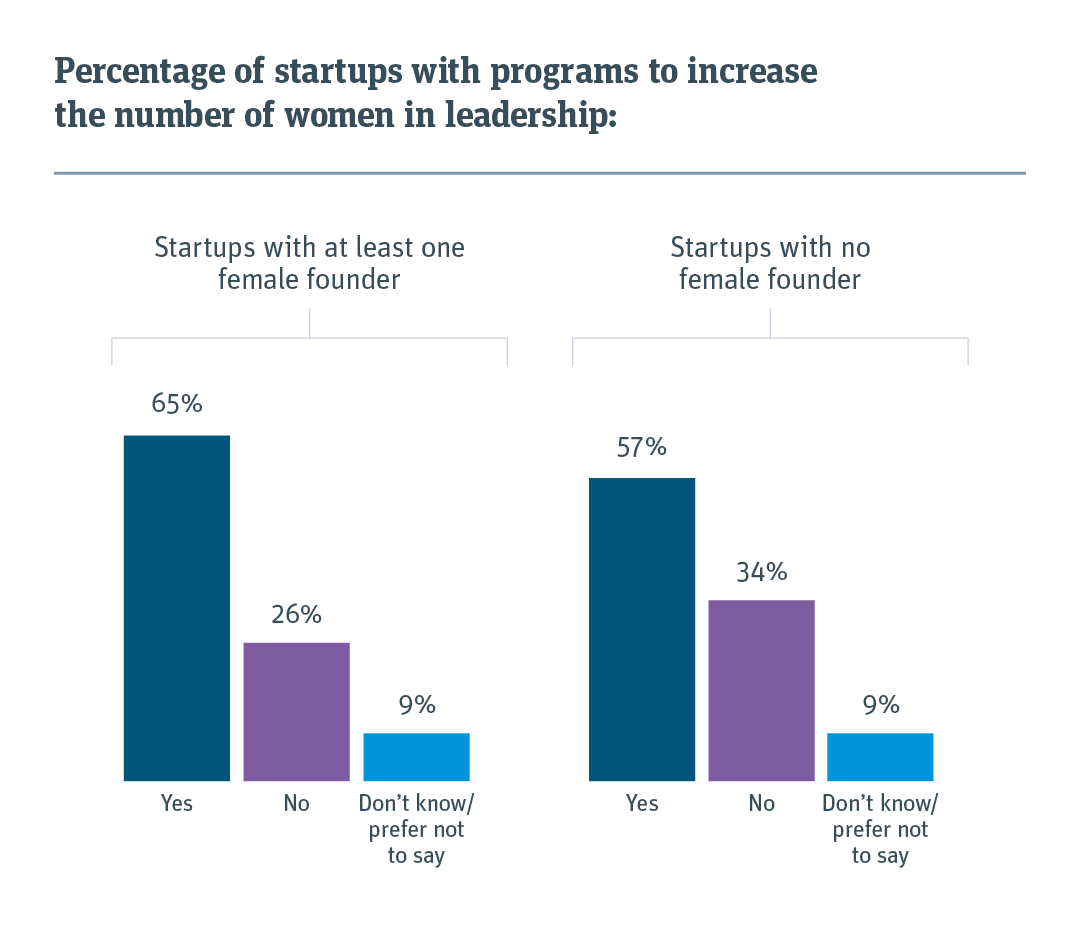 Of startups with programs in place to support gender diversity, the most common programs are a flexible work environment, recruiting/interview techniques and leadership development. Startups with promotion/hiring goals typically apply them companywide — just 7 percent have goals for C-level positions only.

Raising capital is harder for startups with a female founder

Finding startup capital is typically hard. Startups with at least one woman on the founding team say the current fundraising environment is even more challenging than for those with an all-male founding team. 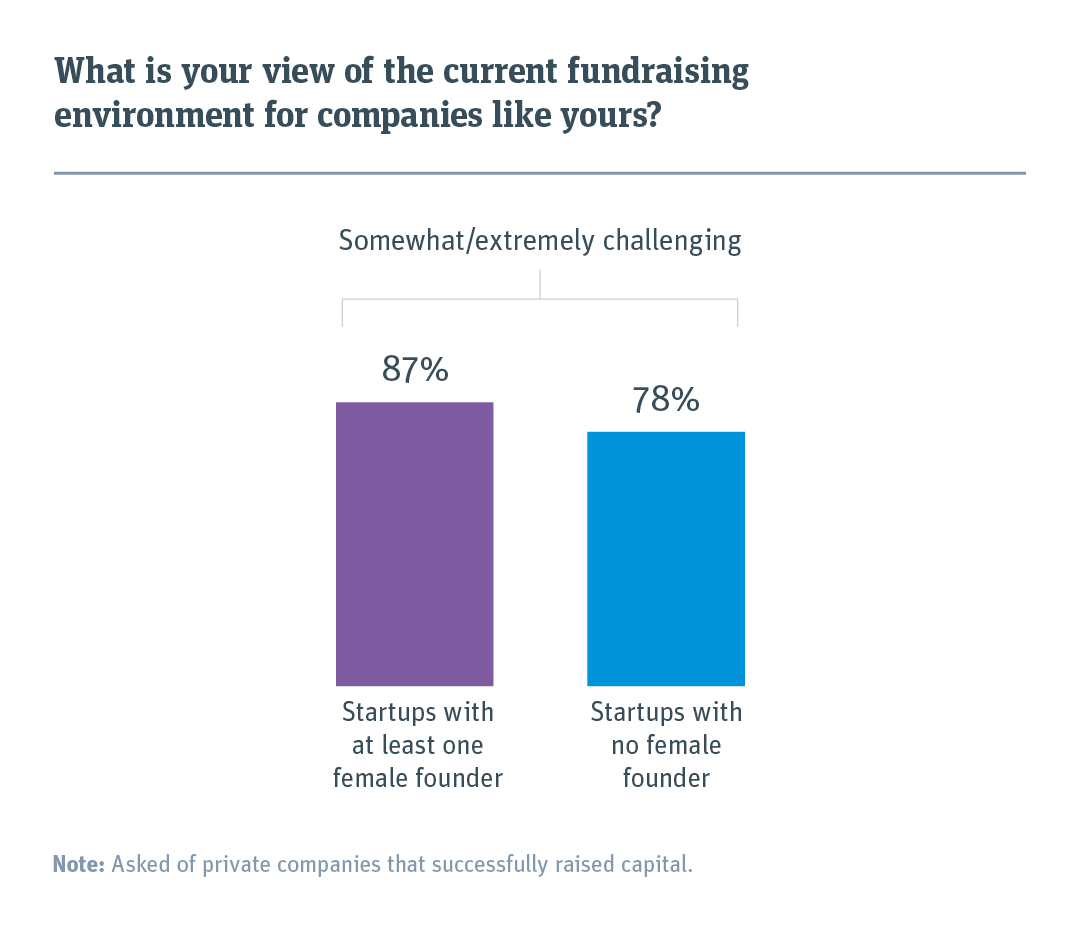 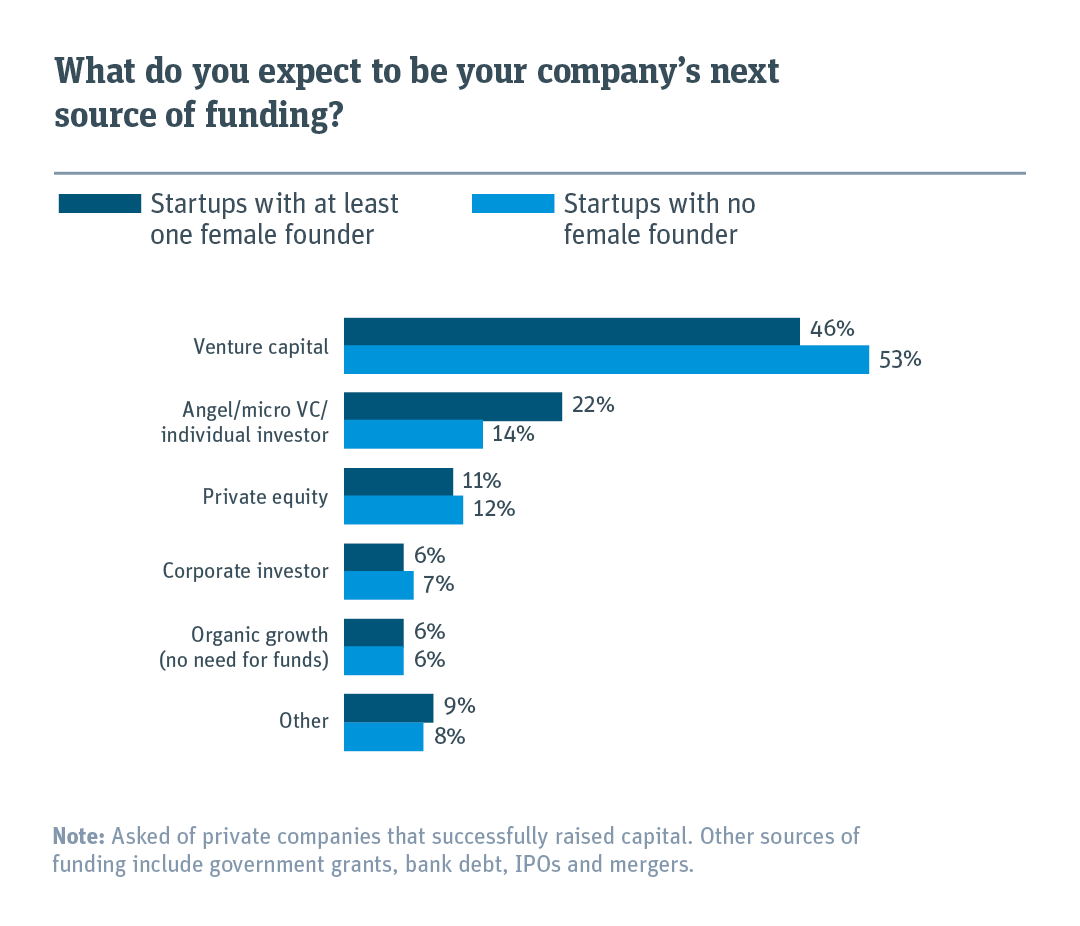 Hiring is challenging for all startups

When it comes to hiring skilled workers, the gender of the founding team plays no role: It is challenging for everybody. The skills that are most in demand among all startups are product development, technical and sales. 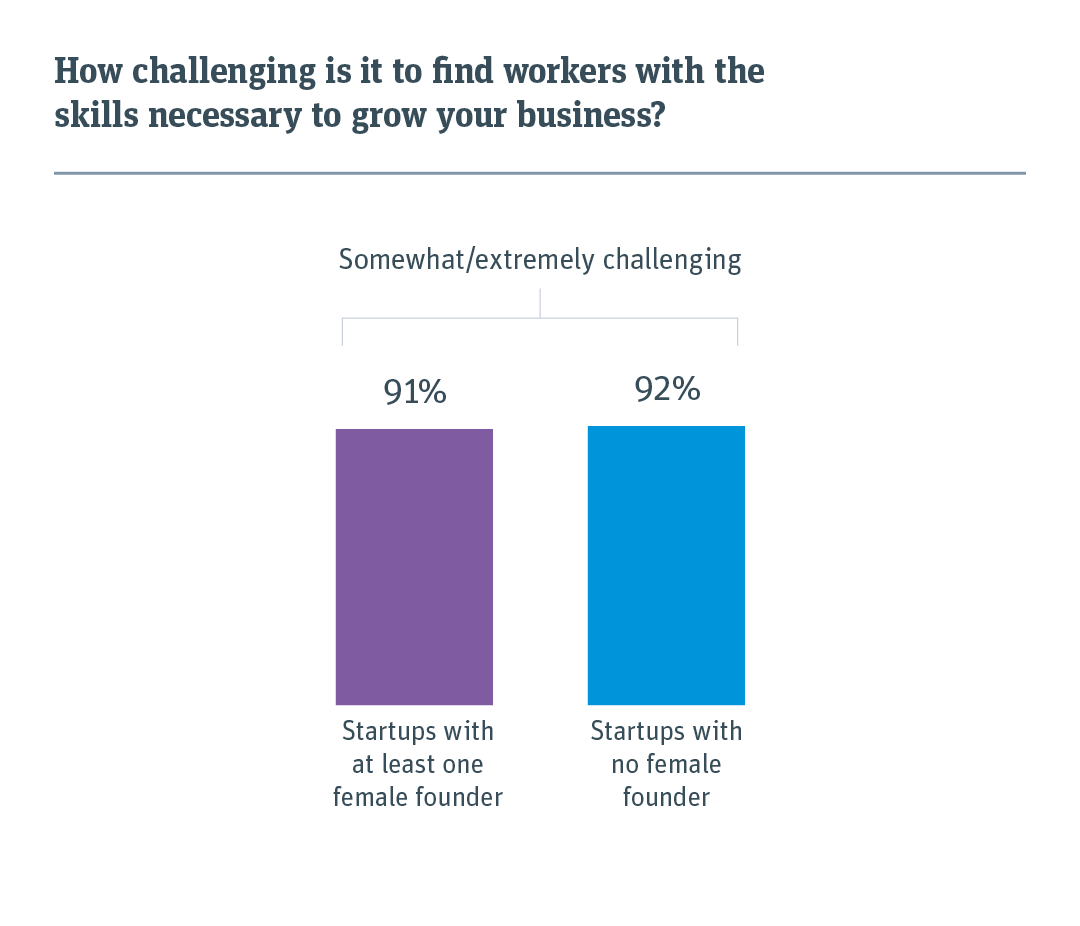