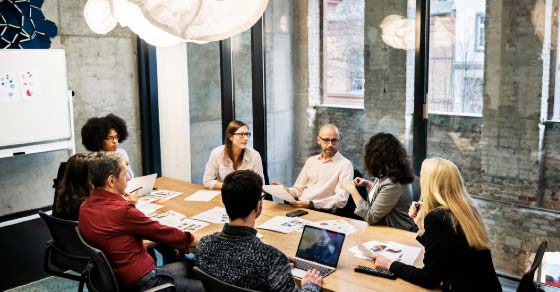 Many entrepreneurial successes don’t end with an IPO and that’s fine.

No one gets into the startup game with modest ambitions: founders and their financial backers always harbor dreams of outsized success. The reality, however, is that entrepreneurial home-runs are rare and happy outcomes often come in singles or doubles. To understand when to pursue those, you need to honestly assess your startup’s potential and limitations — and consider the life circumstances of all your stakeholders.

Joshua Greenhough harbored the same dreams of runaway success as most every other tech entrepreneur. Certainly the seed investors who backed BankOns, the San Francisco-based startup he founded in 2010, had hopes of a big payout.

But then reality hit. Although his team had made steady progress, Greenhough was having trouble selling his idea for an app-based coupons business to venture investors. He faced a choice: “Go all-in on an A-round and really take a swing,” Greenhough says; or he could get “on base” — his shorthand for selling to a larger company. The deal would make money for his friends and family investors, secure jobs for his team and increase the chances that his nascent product would thrive.

Greenhough chose to sell — a wrenching decision for any entrepreneur but one that left him feeling proud. “The professional seed investors were not as happy,” he says, but most everyone else involved was. “Obviously not the hopes and dreams but, given the variables, it was a huge relief.”

“Go all-in on an A-round and really take a swing, or he could get 'on-base'”

A plethora of exit strategies between IPO and failure

While many founders may think that some day they’ll ring the opening bell on a stock trading floor as their startup goes public, the reality is that most don’t. In 2018, for example, 85 venture-backed companies went public, whereas 799, or nearly ten times as many, were acquired, according to the National Venture Capital Association. (The data, of course, doesn’t begin to account for outright failures, which represent the vast majority of startup outcomes.)

Acquisitions big and small — including acqui-hires — can represent happy exits for any young company. Indeed, Silicon Valley Bank’s own 2019 survey of 1,400 startups shows that half expect to be acquired. As an entrepreneur, swinging for the fences makes sense. But, as Greenhough did, recognize that often the wisest course may be a single or double despite the professional investors pressing for the big score.

“The advice I give younger entrepreneurs is don't get caught up in who had the latest giant exit on TechCrunch,” says Ivan Gaviria, a lawyer at Gunderson Dettmer who has been advising startups for more than two decades. Consider your personal circumstances, Gaviria says, and those of your key employees. Are there student loans to be repaid? Plans to start a family? Challenges making ends meet? Then factor in the odds against achieving the kind of success that puts a company’s name in lights.

Big financings only raise the bar

“I think sometimes people underestimate what it means to have five quality VCs that want to put twenty or thirty of forty million bucks into your company,” Gaviria said. That kind of financing round, which implies a post-money valuation of between $100 million and $200 million, may seem like a victory in and of itself — until you realize that for your investors, it’s just the opening gambit in a play for a 10x return. “Ask yourself,” Gaviria says, “how many companies in your space have sold for a billion dollars?”

The answer, of course, is not many. So as they weigh a big financing round, entrepreneurs need to be honest with themselves about how big they think they can get. Most startups — even those that are on a healthy trajectory — will run into limits on their growth potential that will force founders to grapple with whether to sell or go for it. “That’s typically where that question comes into play,” says Gaviria.

And so it was for Greenhough. BankOns (a melding of “bank” and “coupons”) built tools that let merchants reward their customers based on their location and purchase history. Launched in 2011, it became one of the “it” startups in fintech after it won a best-of-show award at Finovate, a San Francisco gathering of finance-related startups. That led to a lot of meetings, Greenhough says, but they were quickly learning they were too small for the big banks they were pursuing as customers. Did they raise money to target a different set of customers — or go to Plan B and find a potential suitor?

Any deal is better than a strikeout


“So as they weigh a big financing round, entrepreneurs need to be honest with themselves”

Life also has a way of intruding on an entrepreneur’s swing for the fences. Greenhough’s lead developer was working for very little money but then he learned his girlfriend was pregnant. “His risk profile changed overnight,” Greenhough says. He also had his own circumstances to consider. His wife was supportive, but already he was falling short of the internal milestones that might let him start earning a decent salary.

In May 2012, one year after BankOns launched, Capital One purchased the company for an undisclosed sum of money. Every employee who wanted to stay got a job with what the bank now calls Capital One Labs. “The investors got a return on their money, and I was able to get the next version of our product started in a bigger ecosystem,” Greenhough says.

An offer you can’t refuse

Like Greenhough, serial entrepreneur Joe Beninato’s first startup, When.com, also ended in an acquisition. At the height of the dot-com boom, AOL bought the web-calendaring startup for $225 million, barely one year after Beninato and three others had founded it. “We said no twice but eventually it was so silly that, even if we executed flawlessly, we might never make it to that level,” Beninato says. “At some point, you’ve got to say it’s not exactly what we wanted when we started, but this is a very good outcome for everyone involved and in everyone’s best interest to do a deal.”

There’s no definitive answer for when it’s right to sell and when it’s not. “If I knew, would I be selling my life in six-minute increments?” Gaviria jokes. Sometimes it’s obvious. If a struggling startup is presented with an acquisition offer, it’d be irresponsible to say no, even if doesn’t represent a win for investors. “The percentage [of success] drops precipitously for a company looking at a down round or any kind of big management change,” Gaviria says. “That’s just math.” In other words, always remember than any deal is better than a strikeout.

But more often than not, things aren’t so black and white. Gaviria says the decision whether to be acquired can be both difficult and deeply personal. “If you’re 23, 24, 25, you’ve probably got school loans,” Gaviria says. “You probably don’t have money in the bank. And here you’ve got an opportunity to sell the company in a transaction that might yield six, seven, eight, ten million bucks. That’s super life changing.”

Focus on execution, not selling

A warning, though: don’t let the question of whether to sell become a self-fulfilling prophecy. “The problem is when you go too far down the path of selling the business, it’s very hard to come back and think, ‘I’m going to build this for the long-term,’” says Nikhil Basu Trivedi, a partner at Shasta Ventures. “I try not to let the founders I work with go down that path unless you’re really at this inflection point in value creation and there’s serious doubts about you making it to that next level.”

The Takeaway: Don’t let outsized ambition get in the way of a great outcome

Following a similar logic, Beninato sums up his advice from his vantage as a repeat founder with a track record that would be the envy of any entrepreneur. “Keep on charting your course and hopefully it’s up and to the right,” he says. “Focus on the executing and not on the exit.” But if at any point along the way, somebody makes an attractive acquisition offer, he adds, “you have to evaluate it for the sake of the employees and the shareholders. As well as yourself.”

Written by
DeMarcus Williams
DeMarcus specializes in helping startups through solutions that focus on competitive research, trade-off analysis, business planning, and sourcing opportunities.
Sign up for insights from across the innovation economy
Subscribe now