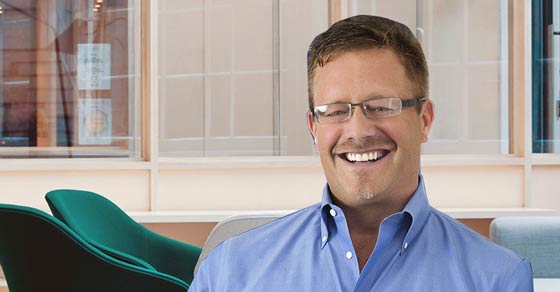 Convinced that electronic signatures would replace pen and ink, DocuSign founder Tom Gonser made tough decisions in 01’ and 08’

Tom Gonser is the picture of informal calm, doing a Zoom call in a well-worn sweatshirt before heading out for a sail near his Seattle area home. That calm served him well during the nearly two decades it took to take DocuSign from an idea to cloud software royalty. The 3,900-person company, which provides a simple way to electronically gather signatures and manage business agreements, has seen its stock more than triple in the last year, giving it a valuation of $29 billion.

Over that time, Gonser navigated DocuSign’s predecessor company through the dot-com crash in 2001, only to be fired by the board for wanting to scale back the company’s operations too aggressively. He acquired some assets from a company they had purchased years earlier, and formed DocuSign in 2003 with a couple of others, and spent the next half-decade solving a variety of knotty technological, legal and business obstacles to acceptance of electronic signatures.

Just when large companies were beginning to believe in the cost and time savings the DocuSign approach could deliver, the Great Recession hit. The company went back into retrenchment mode before bringing in a veteran growth-minded CEO in 2010. The company went public in 2018, taking five years longer than the average IPO company that year.

Gonser, who stepped down as DocuSign’s Chief Strategy Officer in 2016, agreed to share some lessons on how to survive and learn from tumultuous times.

Trust in the inevitability of your idea

Gonser spent the 1980s and early 1990s working at Apple and cellular pioneer McCaw Communications, observing how companies can convert big ideas into world-changing companies. In 1998, he founded NetUPDATE with just such an idea in mind: taking the complexity out of business agreements, so they could be completed with a few clicks on a keyboard and mouse rather than with a flurry of in-person meetings, faxes, email-attachments and delivery of Fedex envelopes. “It was super obvious to me that in five or ten years, people would no longer be scribbling their names on pieces of paper,” Gonser says. “There had to be a better way.”

The company was making fast progress by focusing on a famously overcomplicated process: getting a mortgage. But when the Dotcom Bust hit in early 2001, many of the big lenders he’d lined up decided they no longer trusted a young company. Gonser, then 40, put a plan in place to cut the staff of around 120 people by 40. “I felt we needed to have 24 months of runway to survive,” he says. To his surprise, the board balked at the austerity plan and replaced him. “They threw me into the briar patch,” he says.

But he didn’t give up. Just four months later, he and two friends started DocuSign, and quickly bought the assets of an electronics signature company called DocuTouch that NetUPDATE had purchased the year before. “If you truly think something is inevitable, then you believe it will actually happen. You just have to make sure you are the one to deliver it.”

Don’t depend on the biggest enterprise accounts

From its early days, DocuSign had set out to create a solution that would work for companies of all sizes. That decision helped when the 2008 downturn hit. For years, Gonser felt he’d been largely successful convincing customers of the savings of going digital. One large financial services company, for example, was just about to sign a big deal after it figured out it was wasting $400,000 a year on what they were doing. But when the crisis hit, the bank and many other large companies simply hunkered down. With enough cash to ride out the storm for a while, they imposed corporate policies blocking new projects.

Smaller firms didn’t have that luxury, and many signed deals to turn those theoretical cost savings into real money. Rather than try to talk the biggest accounts into breaking policy, DocuSign homed in on the details of helping mid-sized customers deploy the service as productively as possible.

Just because something is inevitable doesn’t mean it’s going to happen just the way you think it will.

Maintain your vision, but change with the times

In both downturns, Gonser and his team moved quickly to adapt their tactics while staying focused on the overarching goal. “Just because something is inevitable doesn’t mean it’s going to happen just the way you think it will,” he says.

DocuSign got its initial growth from the real estate market, as the demand for quickly signing was the difference between winning a deal or not. As it gained traction, it began spreading virally to other markets such as insurance, credit unions, and communications.

As the company grew, it was hard to keep focus on its core markets. So in 2008, Gonser urged the team to put some clearly strategic projects on hold, including an initiative to embed DocuSign within the Salesforce’s platform, which he had helped drive. “It slowed us down a bit,” he says. “We weren't going to spend the money and spin up a completely new ecosystem right in the middle of that mess.” A year or so later, when the economy began stabilizing, DocuSign completed the Salesforce integration.

He says the current crisis has a level of uncertainty even beyond the ones he navigated while an executive at DocuSign. Entrepreneurs who want to thrive should learn to be nimble. “Things are changing really fast,” he says. “This is no time to say, ‘We have our strategy for 2020 and we’re not going to change it until 2021. Especially in tough times, the key is to know what you are good at, and make sure you don’t lose that focus”

Just another set of challenges

As unsettling and unpredictable as the world is during an economic crisis, Gonser says entrepreneurs — the good ones, at least — are uniquely suited to surviving them. That’s because startup life amounts to a constant set of challenges with no easy answers. That was certainly the case with DocuSign. While figuring out the technology to make electronic signatures secure and widely available was hard enough, the company also had to hide that complexity in a drop-dead simple user experience. It had to do the heavy lifting to meet the legal requirements of various sectors, such as financial services and legal. It had to overcome the psychological barriers to doing away with pen-and-ink signatures.

“There were 20 times in the life of DocuSign that we had to accomplish something that seemed to be actually impossible,” says Gonser. “But if you really think something is inevitable and that you have the right team to pull it off, then you just get in the habit of doing impossible stuff. That's the definition of starting a new company, right?”

Remember that you are not your company

That said, it pays to be flexible and understand you may not be able to fix everything. “You can only control so much,” Gonser says. “So it’s important to think about your company as a project that's separate from you. Your job is to give this company the best chance of success.”

That includes being open to bringing in someone with a better mix of skills and experience to see the company through, if necessary. DocuSign did just that when it brought in CEO Keith Krach, who had overseen fast growth at software company Ariba during the dot.com boom, as the Great Recession began to fade.

As a founder, you should never undervalue the people who accomplished the impossible with you, sometimes staying up all night and going without paychecks. But you have to be honest about what’s best for the company. “If you think of the company as a project, you’re more likely to admit, ‘You know, I’m a bit over my skis on this,’” Gonser says. Even if you think your odds of growing into the challenge are high, he adds, “It’s probably better to find someone who can teach you something about dealing with that particular cycle.”