Getting from Series A to Series B requires lots of work, planning and grit. Silicon Valley Bank invited Weebly Founder Dave Rusenko to share his advice as a founder on how to prep for Series B and asked Khosla Ventures’ Partner Keith Rabois to describe what he looks for before making a Series B investment. Ultimately, Weebly's success continued and the company was acquired by Square for $365 million. Read on to get their advice. And read this related article for tips on becoming a successful Series B CEO.

Watch this 90-second clip of Weebly's Dave Rusenko, left, and Khosla Ventures' Keith Rabois discussing preparing for your Series B

The journey should start with a gut check.

Failing in his first Series B pitch, Dave Rusenko, founder of Weebly, recalls the experience was like going from flag football to tackle.

“It’s shockingly different,” he adds: “Series A is selling the dream. Series B is about delivering on that dream.”

Silicon Valley Bank invited Rusenko to share his advice as a founder and an investor on how to prep for Series B and asked Khosla Ventures’ Partner Keith Rabois to describe what he looks for before making a Series B investment. 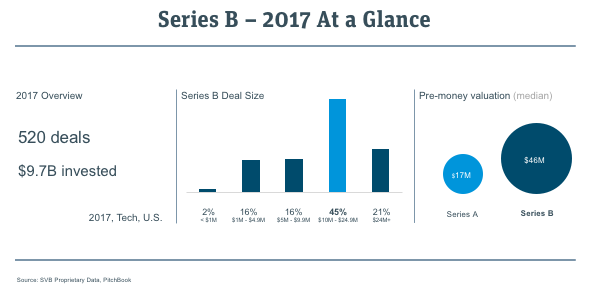 Understand where you stack up

There’s good reason why Redpoint Ventures partner Tomasz Tungus calls Series B the “hardest round to raise.” Only the strongest companies preparing for Series B have a good handle on product-market fit, as most others are still building out their teams – and all are burning cash. 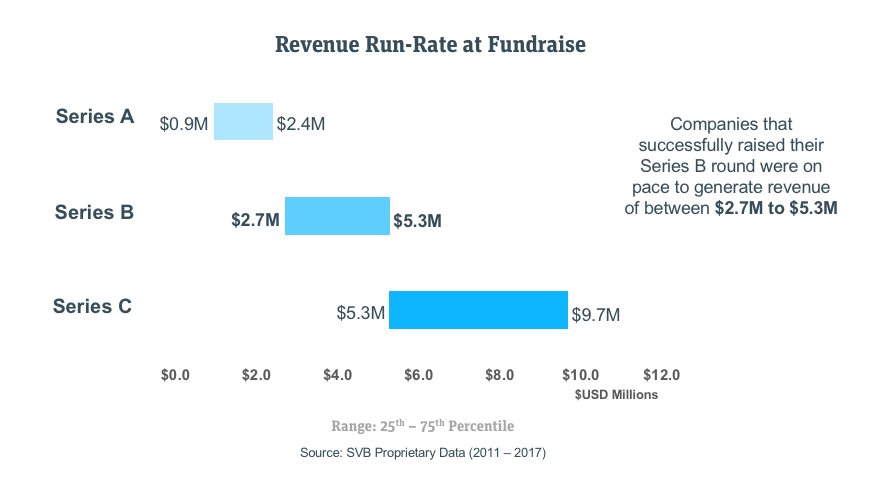 This SVB analysis may help you see where you stack up:

If you spent a week or two slapping together a Series A pitch, set aside a month to six weeks to work full-time on your Series B pitch.

When preparing your pitch, put yourself in Rabois’ shoes: When he’s considering writing a $3 million check at Series A, he expects a good chunk of startups to fail; at Series B, when it’s a $10-$25 million check, he wants to be “directionally right” half to two-thirds of the time.

At Series A, investors evaluate how ripe the startup’s target market is for disruption. By Series B, he says, the key question becomes “Is this the team that can pull it off”?

Negotiating the deal – how to impress investors

The best investors will dive deep for details: They will be far more interested in financial metrics than hearing how your company will change the world, or where it will be in 10 years.

Expect questions such as:

Leverage in negotiations is about understanding motives. It often boils down to how much they want to invest in you vs. how badly you need their money. Treat every investor interview like a final exam and practice financial literacy: Nothing sours a prospective investor faster than if you don’t have your financial metrics on instant recall, suggests Rusenko. Rabois also recommends leaving out the exit slide. In fact, he won’t invest if a founder talks about exits at the pitch.

Don’t get too caught up in valuations

While Rabois as an investor gives more consideration to valuation at Series B than A, Rusenko says founders should worry less about it. Instead, he says focus on the value-add of the investor. Picking the right investor may lead to a better long-term outcome than demanding a certain value. A recent SVB analysis found that the median Series B pre-money valuation for 2017 deals stood at $46M, more than 2.5 times the median Series A ($17M) and most Series B round sizes fell between $10M and $24.9M (45%), with 21% of rounds raising more than $25M. 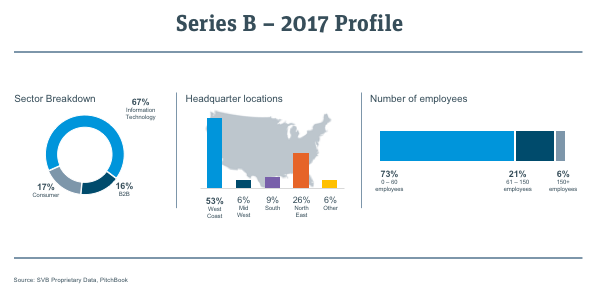 Do focus on the terms. From a founder’s point of view, be vigilant about understanding the short- and long-term implications of those terms, including seniority and participation rights, liquidation preferences, board seats and voting rights. Says Rusenko, “Be prepared to live with the terms you negotiate; they’ll be there every round.”

Jake Moseley is the Head of Relationship Management for Technology Banking. He is responsible for the leadership, client relationships, sales and risk management for SVB’s core constituency of venture-backed and independent technology companies in the United States. Jake has more than 20 years of experience working with technology, life science, clean tech, private equity and venture capital clients worldwide.

Prior to his current role, Jake was a Senior Market Manager for SVB’s National Fintech Practice and Northern California region and Global Senior Credit Officer for SVB’s lending activities in the UK and Israel, as well as within the payments space.

Jake also served as Head of Commercial Banking at Silicon Valley Bank’s UK office. In this role, he helped establish the bank's UK branch in June 2012, and led the sales and marketing teams in the region.