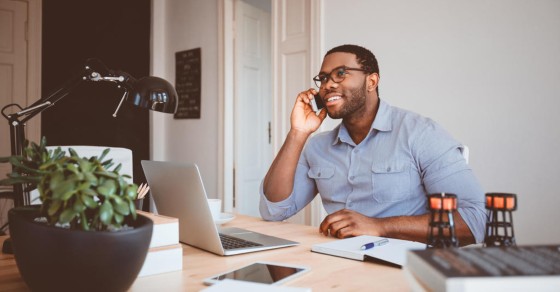 Silicon Valley has long been obsessed with culture, and for good reason.

Culture is what turns the ideas of lean startups into businesses. It’s the “blaze your own trail” ethos that Salesforce is known for.  It’s the employee empowerment and inclusivity that Workday not only preaches, but also practices. And it’s the many activities – from hackathons, to weekly all-hands – and identity traits that make every company unique and help solidify direction, mission and values. As the management guru Peter Drucker once said, “culture eats strategy for breakfast.”

But what happens to culture when there’s no face-to-face contact with colleagues, no regularly scheduled team-building activities, no spontaneous walks, no watercooler encounters, and no serendipitous chats over coffee? How do visions and values get shared when colleagues, and founders, can’t be seen living them?

The risks that remote work will dilute a company’s culture and undermine the cohesiveness of its workforce are real — with potentially serious consequences for any startup. The shared mission and sense of purpose could be clouded. Underlying systemic issues could be hidden. Uncertainty about the task at hand could easily spread.

“It’s very easy to forget to include people if you’re working remotely,” says Kelly Wulff, general counsel at Vouch Insurance, which develops insurance products for startups. "So it’s really critical for managers to be super aware and ask whether they are keeping their team up to date and in the loop.”

Some savvy entrepreneurs who have been forced into remote work by the pandemic have been grappling with these issues in recent months and have found ways to foster and strengthen their startups’ culture. They embraced new initiatives and adopted tech hacks that include always-on video channels to facilitate communication; increased transparency to keep colleagues tethered to the mission; “shared” virtual meals; celebrations to promote team spirit; and renewed vigilance toward performance and morale issues to prevent them from spreading.

With many companies planning to work from home until sometime next year, focusing on culture may indeed prove to be a defining difference between those who thrive in this moment and those who struggle, or worse.

When offices closed and employees headed home, the well-oiled startup culture-building playbook had to be rewritten.

“Communication’s obviously been more challenging when remote, so we make sure to communicate through different means,” says Charlie Javice, CEO of Frank, a financial aid startup. Employees now email a lot more, creating a record of conversations. They document meetings and plans far more frequently than when they were in the same office. To keep communications channels open, many of Frank’s workers keep a video chat open all day long, even when they aren’t actively collaborating.

Increasing transparency can also help make sure that tasks are not misunderstood or mistakes missed in the haze of a distributed team. Frank now relies on daily “stand-up” meetings in the mornings and check-ins in the evening that help keep everyone connected and aware of what others are working on. “Our culture, if anything, is even more about teamwork,” says Javice. “Especially for people who are quarantining alone. We’re their lifeline.”

Vouch’s Wulff says increased communications and transparency helps to solidify trust between employees and leaders. “If you have a culture where you’re comfortable with being transparent and holding yourself accountable, that puts you ahead,” she adds.

With remote work, it’s critical for managers to keep a finger of the pulse of their employees, in part, to make sure they’re not overworked and are getting the support they need, Wulff notes.

After Urgently, a digital roadside assistance company, went to remote work, leaders quickly realized that such care for employees’ wellbeing had happened somewhat serendipitously. “In a physical environment, someone might overhear you, or might see that someone is having a challenging case that they’re dealing with,” says CEO Chris Spanos. “So now how do you make that soft connection in a remote environment?”

Urgently’s answer was to divide up the teams into smaller groups and hire more managers to create more touchpoints with employees. This has made the company more virtual, more quickly, with “a growing percentage of people who’ve never been in a physical space with people and only know them on video.”

Overcommunicating also means sharing the bad stuff along with the good. When Perch Interactive, which develops interactive displays for retailers, had to lay off 35% of its staff, executives took pains to explain the rationale to staff.  “We communicated a lot about how we made the decision and what we care about,” says CEO Trevor Sumner. “It’s important to be honest about failure, to create resilience.”

Perch, of course, never wanted to downsize. But when it was forced to by its changed prospects, it used the layoffs as an opportunity to weed out disaffected employees. “There were some talented but negative people,” says Sumner, that the company let go first. “That alone has had big dividends. Think about the impact a single negative person could have in this context. It would crush the morale of everyone right now.”

Our culture, if anything, is even more about teamwork. Especially for people who are quarantining alone. We’re their lifeline.

Before the pandemic, Urgently had a habit of celebrating new clients with parties and music. Determined not to lose what he knew was an important company tradition, he worked to devise a virtual alternative. For a new launch in July, “we got everyone on video,” says Spanos. The virtual celebration included a series of contests tied to meeting certain client goals that helped to promote camaraderie among the staff.

Frank has worked hard to keep the connection and enthusiasm going through “structured spontaneity,” Javice says. There are happy hours on Thursday, where employees are encouraged to hang out but not talk about work. Virtual team lunches are held on Fridays. “They’re not mandatory,” Javice notes.

The company has redoubled efforts to recognize employees by giving them shoutouts and highlighting their work to colleagues. “Have a system for recognizing people when things go well,” Javice advises.

Vouch has also hosted themed happy hours, including a “pet parade,” where employees showed off their animals. The company also created a “culture committee” tasked with coming up with other ideas. Among the first was a weekly women-only lunch.

Of course, remote work isn’t new. Even in the pre-pandemic era, some companies had opted to be remote-first for a number of reasons, including access to a global pool of talent. The lessons some of them have learned still apply to those who are remote only because of the pandemic. They include:

In his book Remote, Office Not Required, Jason Fried, the co-founder of Basecamp, noted that one of the biggest management challenges in remote work is ensuring that employees aren’t overworked. Indeed, reading physical cues and other subtleties, especially as it relates to employees’ satisfaction and workload, is much harder over video than in person. But there are ways to make sure everyone has time to decompress.  “One of the things we underestimated going into this was just burnout,” says Javice. “Everyone loves their work, but now they’re working 24-7, they have unlimited spectrum.” At Frank, everyone now gets a day off every two weeks. The company has also instituted forced breaks during engineering sprints.

And yet, as home and office become one and the same, a key question for many companies and employees may be “what is time off”? Finding the right answer will be critical for companies hoping to hold on to their culture.

Aside from the obvious macroeconomic challenges posed by the pandemic, COVID-19 is exposing startups to a new set of risks. They include the challenges of maintaining a cohesive culture in a remote work environment, ensuring safety and security of work-from-home tools and procedures, and reopening offices safely. This three-part series, produced with our partners at Vouch Insurance, offer practical advice for mitigating these risks.

“I’m picking up steam. I have the admin under control, have my first employee, and am now focused on building my product and learning about how to raise funds.”

Listen to a panel discussion to find out how you can preserve and strengthen your work-from-anywhere culture.

$500 back on business insurance, exclusively for SVB Clients.