Some of the greatest technology businesses have been built during periods of economic stress. It’s more than likely that the current COVID crisis will be no different. We have already seen an acceleration in the uptake of technology across all sections of society, and rapid innovation is forcing companies to realise the value of digital transformation.

This time around, Europe has an interesting advantage. It’s an immature ecosystem compared to the U.S., but the market is seeing a lot more first-time founders emerging. There is a certain fearlessness when it comes to new ideas and market disruption. These founders just need the capital to bring their ideas to fruition, and in the current climate, that could seem like a daunting task.

Tech innovation is going to play a large part in the "next normal," and planning for this post-COVID business environment should be top of mind for tech entrepreneurs right now. So, to get a better perspective on the funding process, it always helps to view the situation through the eyes of those with first-hand experience.

Recently, we spoke to our clients Leila Zegna, Co-founder of Kindred Capital, and James Henderson, CEO of Zephr, to tap into their unique insights on the funding process.

Zegna was a founder herself before starting Kindred Capital with her partners back in 2015, so she is uniquely positioned to offer advice around raising venture capital. Her ability to relate to the founder community continued into Kindred and resulted in them coining the term "equitable venture." This is a model where every founder in the company portfolio can receive upside and benefit from the success of their companies as well as Kindred.

Be bold, but realistic

​When selecting founders to back, Zegna is drawn to businesses with a technological and scientific focus, but this is a broad church.

“We've invested in an autonomous vehicle company, a future of protein engineering company and a peer-to-peer sales platform," says Zegna. "The variety of startups out there today is quite staggering.”

"What we look for in a founder is a combination of courage and genius."

However, Zegna also looks for a delicate blend of brilliant ideas that push the envelope with a certain coolness of thinking rooted in the realism of delivery.

“Fundamentally, what we look for in a founder is a combination of courage and genius," Zegna says. “Someone with an almost irrational belief that they can go out and fundamentally change the way the world works but combined with enough rationality to run a successful business in the right way.”

First-time founders often have lots of the former and little of the latter, which brings us to Zegna’s second point.

Seek out the benefits of experience

A unique blend of irrational and rational isn’t enough for success. Zegna says that all founders should focus on building their network and getting a strong set of advisers around them.

“Sitting down with a fellow founder and being able to ask questions that may seem basic or uninformed will get you the richness of answers from someone who's recently been through the same process,” Zegna advises. “Successful founders are often surprisingly keen to share how they did it.”

"They're all Davids fighting a Goliath in their own field."

​Zegna believes that this is due to the great camaraderie and “pay-it-forward” mentality of the founder community.

“They're all Davids fighting a Goliath in their own field, so there is a sense of peer support. Something as simple as a cold InMail or having a friend introduce you to a founder can lead to someone willing to meet up and discuss lessons learned.”

Be a founder with purpose

​Zegna says the biggest turn off as an investor are founders who have no clear reason for why they are founders. This might sound strange, but she says there is a growing trend in recent years of the cult of celebrity and quick success to be more important than the purpose behind the company.

As Zegna says, “What turns us off typically is someone who is very opportunistic and just wants to build a company as opposed to solving a problem. Typically, with the founders we back, there's a real obsession with a problem that they're trying to solve. Often, they themselves have typically felt the pain of that problem and want to scratch their own itch. They extrapolate out their own experience and others of the world.” So, if you are not solving a problem and aren't emotionally attached to that problem, you are less likely to be seen as credible.

Henderson started Zephr in 2018 to help companies gear up for the subscription economy. Its SaaS platform enables the swift and scalable deployment and optimisation of unique personalised subscriptions and experiences. Based in London, Zephr works with a range of international clients including NewsCorp, Dennis Publishing and The Consumers’ Association, helping them to build sustainable, long-term customer value.

Find the right partner and mentor

Henderson admits that he was very green when it first came to raising funding and working with the right partner proved invaluable in understanding the world of venture capital.

"SVB really provided us with an unfair advantage."

“At first I thought SVB was simply a bank and didn’t realise how hands-on it could be when nurturing new businesses. They really brought us into the industry by helping to organise events and sitting down with us to go through the finer details,” he explains. “In all honesty, SVB really provided us with an unfair advantage. Their specialist knowledge and ability to provide us with an introduction to the VC environment was a game-changer.”

Like Zegna, Henderson also advises first-time founders to seek out those who have already had successful exits and learn from them. The UK venture community is easier than the US to access due to its relatively smaller size. According to Henderson, “Access to the UK founder ecosystem is simpler than many imagine and people are extremely willing to share their experiences. So don’t be scared to reach out and ask people for help.”

Be adaptable – there is no perfect deck

Many websites will try to tell you that they have the perfect deck; but, just as every business idea is different, so is every VC. Henderson advises that remaining flexible when presenting is key. “VCs see a lot of decks, and you need to speak their language. Don’t try to reinvent the wheel. Take a data-led approach, do your research and tailor your presentation to who you are presenting to.”

Finally, Henderson believes that raising VC funding is neither incredibly easy nor impossible, but somewhere in between. It is, however, an arduous process. “You’ve got to have a thick skin and be prepared to take some knockbacks,” he says. “The process is absolutely worth it though. Every small failure is a learning experience. As we progressed and fine-tuned our approach, our confidence grew about going to market. And ultimately finding the perfect VC with Nauta Capital.”

The shape of the future

The two most recent recessions showed radically different patterns of recovery in terms of deal volume, especially for early-stage companies. So, no one can be truly sure what the investment landscape will look like post-COVID. However, it’s important to remember that prior to the COVID pandemic the market had been extremely bullish. Median valuations had been growing to unprecedented levels, and episodes like the WeWork fiasco were warning signs that a correction in the market was long overdue. Perhaps this is it.

What is important to remember is that there will be a recovery. And it will be fueled by innovative business ideas, many of them arising from the tech sector. Out there right now is a startup that will become a household name, and VC funding will play a large role in its success. The big question is: is it yours? 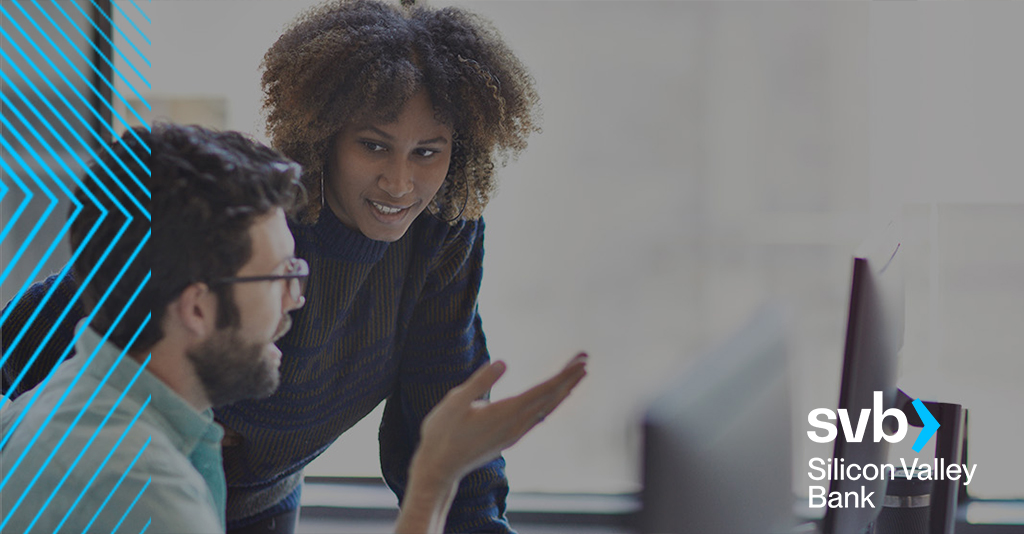