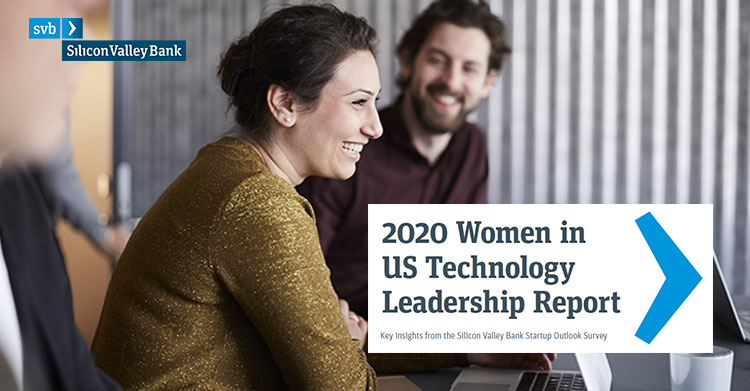 More than Half of US Startups Lack Women in Leadership, According to Silicon Valley Bank’s 2020 Women in US Technology Leadership Report

SANTA CLARA, Calif., March 5, 2020 - Silicon Valley Bank (SVB), the bank of the world’s most innovative companies and their investors, today released its 2020 Women in US Technology Leadership Report. The report reveals that the gender parity gap persists for women in US tech leadership, with 42% of startups having at least one woman in an executive position and 40% have at least one woman on the board of directors. The survey also found that 30% of US startups have a program in place to increase women in leadership roles.

As part of SVB’s annual Startup Outlook Report, the company recently surveyed 691 tech and healthcare founders and executives in the US to get a quantitative measure of how startups are doing when it comes to opening paths for women to leadership roles.

“Clearly, there is still a lot of work to do. But I believe the innovation economy is dynamic and open to making positive change, which is why I continue to be optimistic,” said Greg Becker, CEO of Silicon Valley Bank. “We know companies are more likely to thrive when they are made up of individuals with different voices, experiences and backgrounds. We encourage everyone in the ecosystem to support diverse teams.”

SVB’s Women in US Technology Leadership Report measures the percentage of companies with at least one woman in a leadership position and compares how startups’ views of the innovation economy differ based on whether a woman was on the founding team. Key survey findings include:

The full report is available at www.svb.com/women-in-technology/.