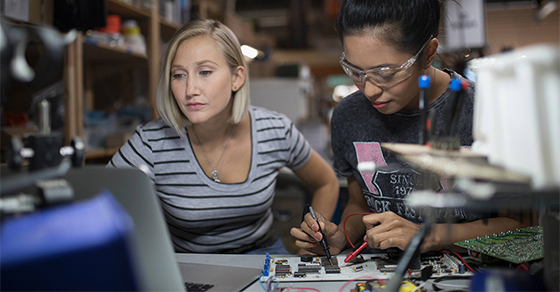 SVB survey finds significant numbers of startups continue to have no women in leadership, yet a growing percentage have programs in place to change that

SANTA CLARA, CA – February 22, 2018 – Silicon Valley Bank (SVB), the bank of the world’s most innovative companies and their investors, released itsWomen in Technology Leadership 2018 report today.  The report found that 67 percent of startups surveyed have no women on their boards and 51 percent have no women in executive positions. The number of startups that say they have programs in place to increase the number of women in leadership, however, in one year jumped from 28 percent to 43 percent.

Views were collected as part of SVB’s ninth annual Startup Outlook 2018 report, which surveyed 1,045 startup executives primarily in the US, UK and China. Globally, 25 percent of startups had a female founder or co-founder.

In addition to measuring the number of women in leadership, SVB’s Women in Technology Leadership report compares startups’ views of the innovation economy based on the gender of their founders. Survey findings include:

SVB asked startups to describe the programs they have implemented to increase the number of women in leadership. They say they are setting and tracking diversity goals, actively coaching employees for leadership and encouraging industry involvement in female-focused organizations. Startups also report they are changing the way job descriptions are written and how they are recruiting and conducting interviews to mitigate potential unconscious bias.

“Our clients are always looking at what’s next, how to improve on the status quo, and once they decide to do something they move quickly,” said Greg Becker, CEO of Silicon Valley Bank.  “With that mindset, a willingness to think differently and being open to candid conversation, we believe that the innovation sector has the opportunity to change. There is much work to be done, and it starts with each business leader making inclusion, equal representation and diversity an imperative.”

The full report is available at www.svb.com/startup-outlook-report/