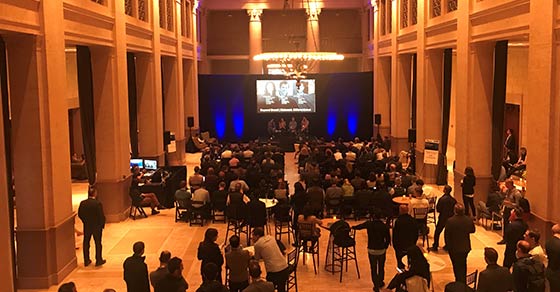 SANTA CLARA, Calif.—November 15, 2018—A majority of micro VC limited partners and general partners seeking new deals say they expect to make an international investment in 2019, according to a survey by Silicon Valley Bank (SVB), the bank of the world’s most innovative companies and their investors. Two-thirds of LPs and GPs surveyed at the sixth annual Micro VC Summit, hosted by SVB and Cendana Capital in San Francisco in October, said they are looking for investments abroad in 2019.

The survey also found that half of GPs expected to raise a new fund in 2019. Asked separately about the VC fundraising environment, 38 percent expected it to become more difficult next year, while 50 percent expected no change. Many acknowledged that the overabundance of capital would lead to increased competition for deals and higher valuations.

LPs that invest in VC-backed companies reported that they are nearly equally interested in life science/healthcare (48 percent) as they are in crypto/blockchain (45 percent).  Ten percent said they are interested in investing in cannabis funds.

Jim Marshall, Head of SVB’s Emerging Manager Practice, said the results underscore the strength of micro VCs, especially as their reputations and track records are growing.

“With growing interest in the innovation sector from nontraditional investors, we’re predicting ample new opportunities for emerging managers. We have found that the majority of LPs are looking to invest in emerging managers for their greater likelihood to generate alpha,” Marshall said.

He added, “We also expect more VCs to look internationally for new investment opportunities. Many tell us they are exploring regions in which they have never invested previously. They are in search of new talent and lower startup operational costs, notably in Asia and Canada.”