New York City – November 17, 2015 – According to a survey released today by Silicon Valley Bank, the bank of the world's most innovative companies and their investors, fintech company founders and investors expect regulatory issues to be the biggest impediment to their success in the coming year. The survey examined issues that are top of mind for startup companies interested in disrupting traditional financial services.

"The attendees at the Fintech Mashup event validated what fintech companies around the world have been voicing in recent years – an effective regulatory and compliance strategy is critical to their ultimate success," said Bruce Wallace, Chief Digital Officer of SVB Financial Group. "As innovators continue to redefine innovative operating models across the financial services sector, it is important to us to help our clients navigate challenges as they identify opportunities to improve financial services for consumers and businesses."

The survey of 101 company founders and investors in the financial technology space was conducted at Silicon Valley Bank's Fintech Mashup on November 3 in New York City. During a series of presentations and panel discussions at the event, top executives joined SVB from companies such as Circle, InVenture, LearnVest and MasterCard and shared their insights in areas including alternative finance, digital currencies and commerce, API banking, payments, and compliance, among other topics.

Findings from the survey:

The complete survey results are available below. 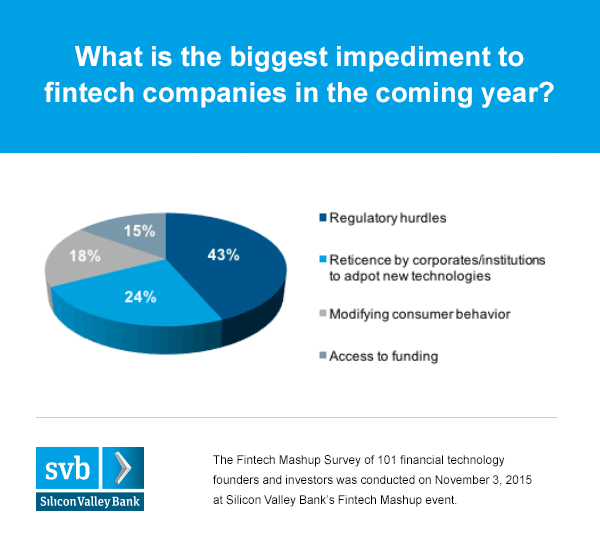 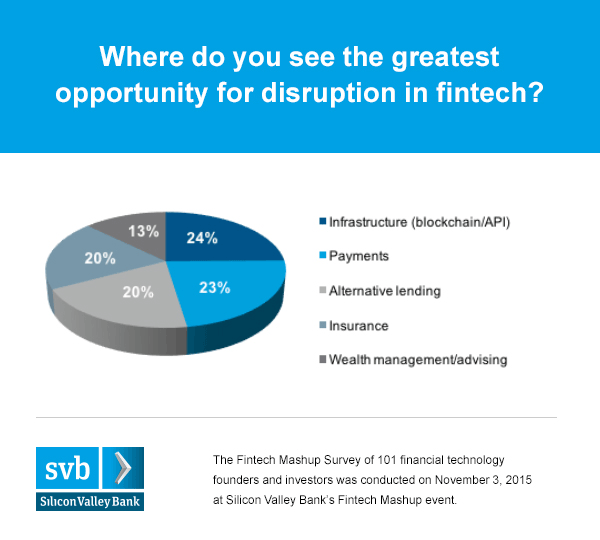 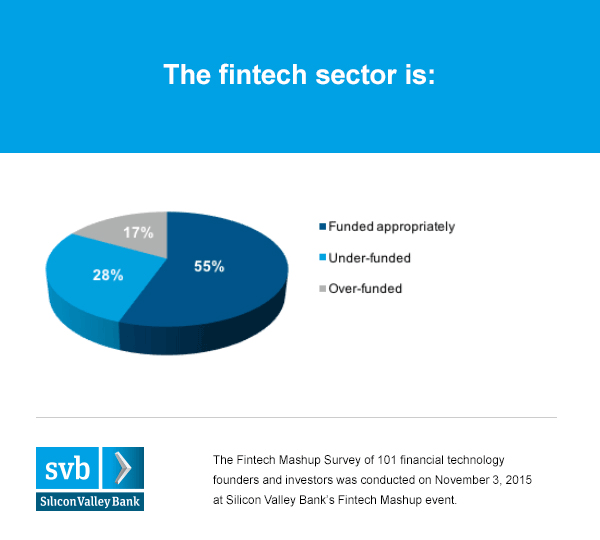 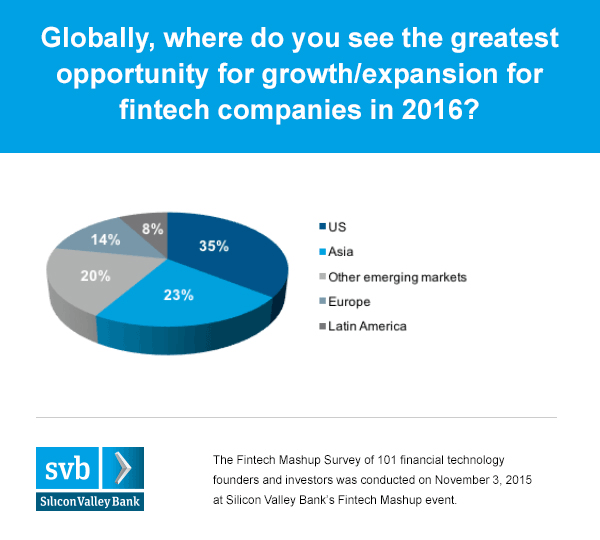 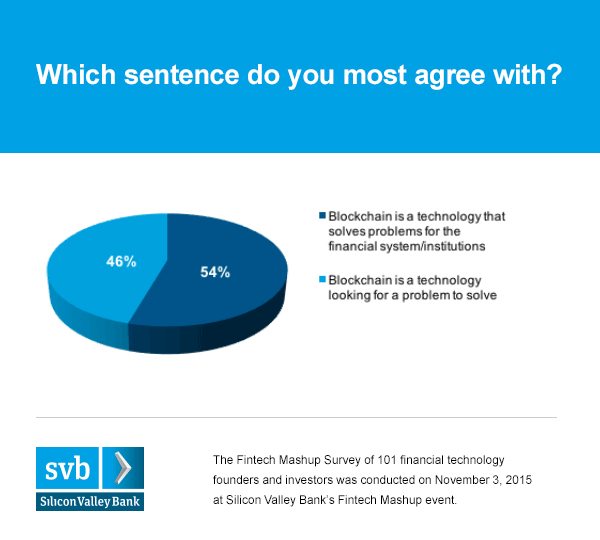 Editor's Note: The Fintech Mashup Survey was conducted on November 3, 2015 at Silicon Valley Bank's Fintech Mashup event. The 101 survey respondents, who were among the attendees at the Fintech Mashup, included financial technology founders and investors.

For more than 30 years, Silicon Valley Bank (SVB) has helped innovative companies and their investors move bold ideas forward, fast. SVB provides targeted financial services and expertise through its offices in innovation centers around the world. With commercial, international and private banking services, SVB helps address the unique needs of innovators. Forbes named SVB one of America's best banks (2015) and one of America's best-managed companies (2014).