Chinese innovators are seeking venture capital to prime growth and say their long-term goal is to go public. They are also navigating challenges similar to those of other startups around the world. Entrepreneurs expect continued difficulty raising funds and finding the talent they need to move their businesses forward. Read Letter from SVB’s CEO 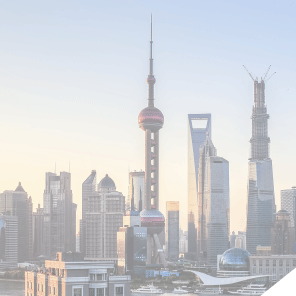 Venture capital is the top funding source for Chinese startups 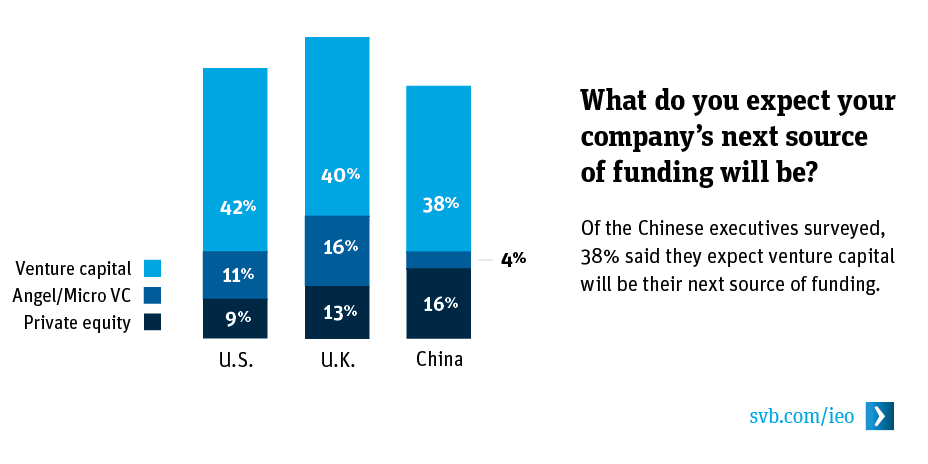 Fundraising is difficult regardless of geography 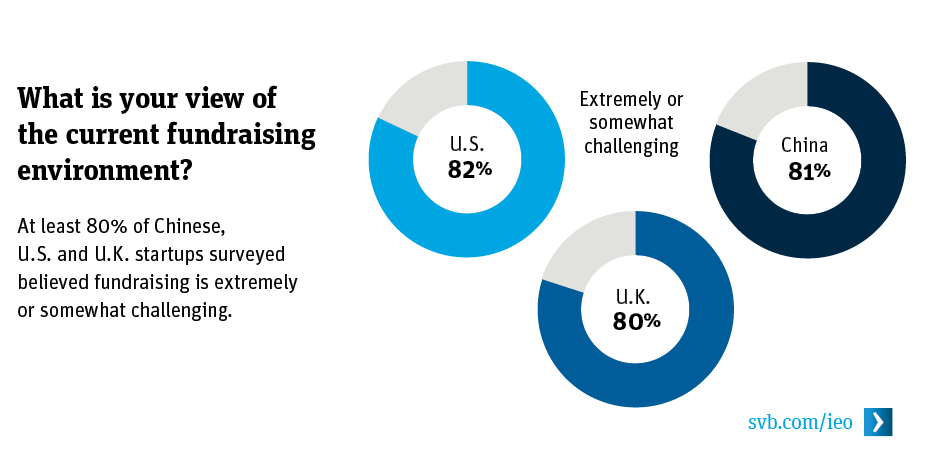 Chinese startups are aiming for IPOs

Of the Chinese startups surveyed, 62 percent said their long-term exit strategy is an IPO, while 5 percent planned to be acquired. Startups in the U.S. and U.K. have a different end goal. Some 56 percent of U.S. startups and 59 percent of U.K. startups said they are setting a course toward acquisition. 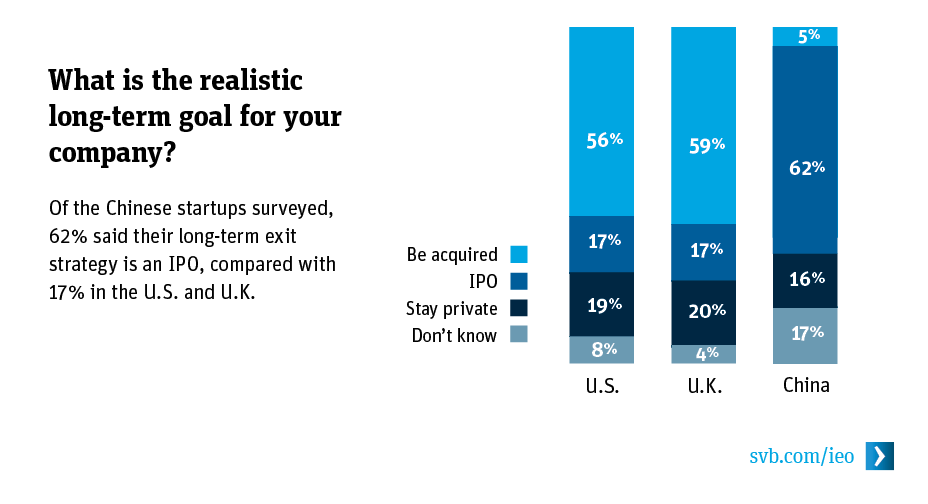 While an IPO may be their long-term goal, Chinese startups are looking for M&A opportunities inside and outside the country as a way to access technology know-how and new markets. Among the Chinese startups surveyed, 90 percent believed there will be as many or more acquisitions than there were last year.

Recruiting and access to financing challenge startups around the world

Similar to startups in the U.S. and the U.K., 20 percent of Chinese startups said recruiting is their biggest challenge, and 16 percent said it’s access to financing.

Startups struggle to fill jobs with the right talent 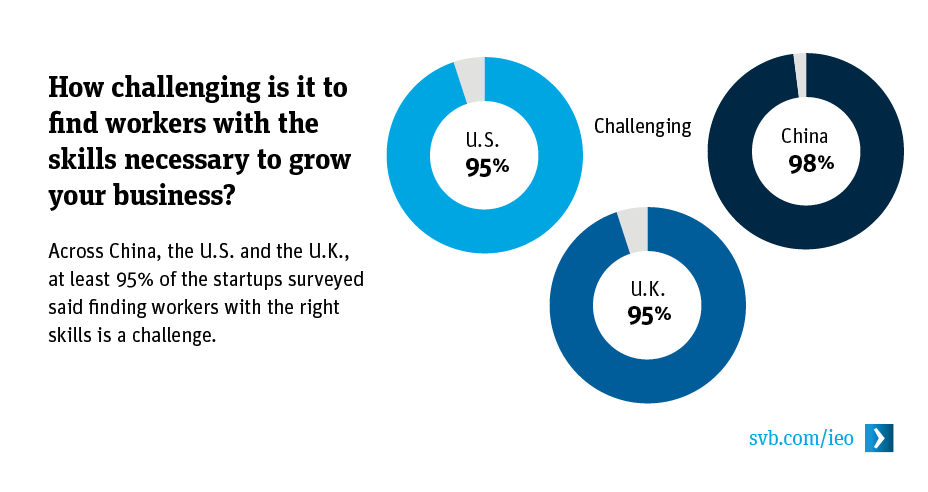 Chinese startups outpace their U.S. and U.K. counterparts when it comes to the number of women in leadership positions. Among the startups surveyed, 79 percent have women in C-level roles, compared with 54 percent of U.S. startups and 53 percent of U.K. startups.

Cybersecurity is the No. 1 policy concern for Chinese startups

Among the Chinese startups surveyed, 47 percent said cybersecurity regulation is the policy issue with the most impact on companies like theirs. Corporate taxes, consumer privacy regulations and banking regulation are also key concerns. 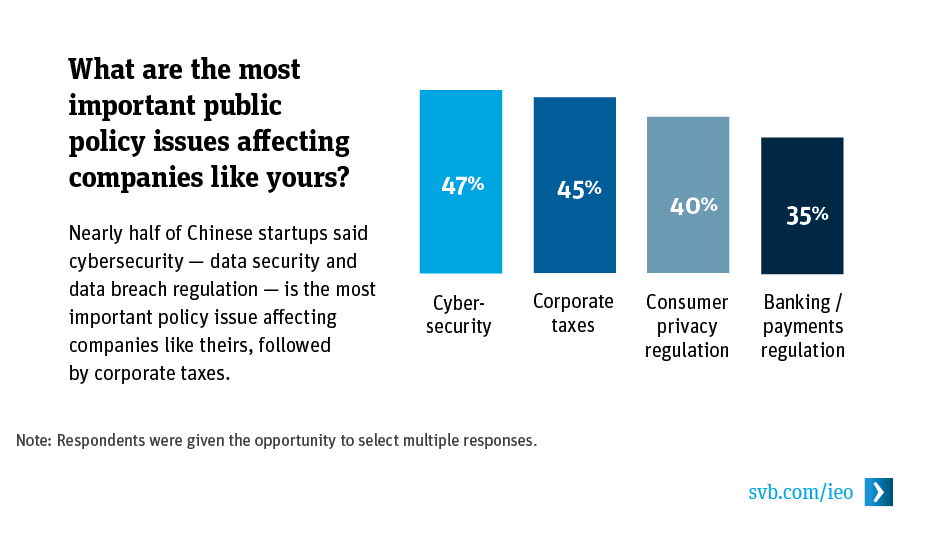 This material, including without limitation to the statistical information herein, is provided for informational purposes only and is compiled from the survey that we worked on with Peerless Insights, a third-party source. The information should not be viewed as tax, investment, legal or other advice nor is it to be relied on in making an investment or other decision. You should obtain relevant and specific professional advice before making any investment decision. Nothing relating to the material should be construed as a solicitation, offer or recommendation to acquire or dispose of any investment or to engage in any other transaction.

SVB, SVB FINANCIAL GROUP, SILICON VALLEY BANK, 硅谷银行, 硅谷银行金融集团, and the chevron device are trademarks, separately and in combination, of SVB Financial Group in China, Hong Kong, and elsewhere, and are used under license.

SPD, SHANGHAI PUDONG DEVELOPMENT BANK, and 浦发银行有限公司 are trademarks, separately and in combination, of Shanghai Pudong Development Bank, Ltd. in China, and are used under license.