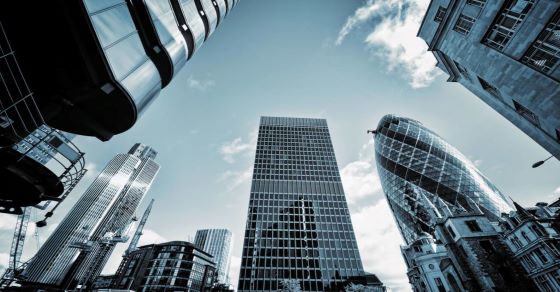 In September, markets often experience huge moves, many of which are unexpected and, in some cases, unprecedented. This year, movements in key financial markets followed this historical phenomenon.1

Investors grow more cautious. September saw a big shift in investor sentiment – to the cautious side – which has helped push the dollar higher in its role as a safe haven. The calm in financial markets was shattered by an unsettling combination of high inflation, broken supply chains, delta-variant outbreaks, regulatory crackdowns and a potential debt crisis in China, and US political wrangling. Meanwhile, investors are preparing for a tapering of stimulus by the Federal Reserve as early as next month. In Bank of America’s latest monthly survey of fund managers, only 13% expect a strong global economy and only 12% expect corporate profits to improve—down from 41% in August.2

US dollar breaking higher. Long-term forecasts for the US dollar remain bearish; however, over the near-term, the dollar seems like the best game in town. Strong demand for the greenback emerged from heightened expectations of Fed tapering – which led to higher, more attractive yields – and from the dollar’s role as a safe haven asset in an increasingly uncertain world. Longer-term, expectations for a global recovery later in 2022 should fuel renewed demand for foreign assets/currencies.

Global bonds were battered. Bond markets were jolted by signals from several major central banks, including the Fed, that interest rates will rise and tapering is drawing closer, triggering the steepest price declines (rise in yields) since the global debt fiasco at the start of the year.5

Large Chinese property developer may default on debt. A sell-off in global equities was triggered after China announced that Evergrande, China’s most indebted property developer, may default on its debt obligations. Markets eventually steadied following reassurances from China that it will contain the crisis, but traders are unsure whether China will bail out the company or what its collapse would mean to China’s economy, with knock-on effects for the world.6

China expanded its regulatory crackdown. Earlier this year, Beijing took regulatory measures against China’s big-tech companies. More recently, the crackdown was expanded to encompass a broader range of industries, including entertainment, gambling, gaming, education, online finance, cryptocurrency and property. Chinese equities have struggled all year, but there is evidence that selective investment in China continues, favoring sectors supported by the Chinese government.7

European Central Bank remained dovish. President Christine Lagarde has distanced the ECB from the shift to tighter monetary policies favored by many of its peers, promising not to “overreact to transitory supply shocks” driving inflation higher.8 Meanwhile, eurozone inflation in August rose to its highest level in nearly a decade and German inflation in September rose to its highest level in 29 years. As the Fed and BOE set out on tightening paths, the ECB will remain behind, which will serve as a headwind for euro strength.

Canada’s Prime Minister Trudeau was re-elected on September 20. In August, PM Justin Trudeau called a snap election after ruling for two years as head of a minority government. The opposition conservative candidate forged a strong campaign, and with the re-emergence of COVID-19 in the final days of the campaign, it became a close race. Trudeau ultimately won, but once again failed to secure a majority.9 The Canadian dollar was initially sold on the news, but traders quickly re-focused on soaring oil prices and CAD recovered.

German election outcome may delay the forming of a coalition government. On September 26, Olaf Scholz of the center-left Social Democratic Party won a close election, but he is not yet assured of becoming chancellor. A coalition must now be formed, which most likely will include two smaller parties, the eco-friendly center-left Green Party and the liberal Free Democrats Party.10 German business leaders are upbeat, hoping that these two parties can put aside their differences on fiscal spending/tax policy and climate change to join one of the main two parties in a coalition. Allianz CEO Oliver Bate opined, “Germany’s future economic model is at stake,” calling for “true transformation” that combines digital innovation and decarbonization.11 This was the biggest vote in Europe this year, but there was little market reaction to the news.

Risk of a recession. Despite concerns that economic growth has peaked, that supply chain disruptions may persist, and that rising inflation may not be ‘transitory,’ investors still believe that moderate growth—not contraction—lies ahead.

Fears of stagflation. Worries over rising inflation have persisted in the markets for much of the year. Now, with oil reaching $80 a barrel and food prices soaring, many investors predict the inflation surge may not be short-lived and may coincide with a slowdown in economic growth, causing stagflation.

Reopening trades. Pent-up demand for certain goods and services should start to find its way into the economy once COVID-19 lockdowns and restrictions are lifted. Investors are ready to rotate into/invest in companies that will benefit from a post-pandemic economic reopening. Travel, retail, value, and short-duration fixed income investments should outperform.

Our long-held view of a dollar decline over the long-term remains intact.

Higher US interest rates. An ultra-loose monetary policy and aggressive bond buying by the Fed has kept US Treasury yields at incredibly low levels for the last 18 months. Interest rates are likely to move higher in 2022 on the back of high inflation, faster economic growth, and a less accommodating Fed.

A firm US dollar in Q4. The US economy is still strong relative to other G-10 economies. A hawkish Fed combined with a relatively dovish ECB and Bank of Japan, along with safe-haven demand in an uncertain global market, means the dollar should stay firm over the remainder of the year. Tempering the dollar’s strength may be a possible US debt default after October 18, reports of declining consumer confidence and a watered-down fiscal stimulus program. Our long-held view of a dollar decline over the long-term remains intact.

Foreign stocks/currencies to outperform next year. The global economy is expected by many analysts to trend higher next year. Vaccination rates overseas have gained speed with many countries outpacing the US.12 Valuations are attractive for many foreign stocks, some of which are at their lowest price levels relative to US stocks in over 20 years.13  Coupled with lower trade tensions and prospects of a long-term decline in the dollar, greater demand for foreign assets/currencies should be expected.

4. “Norway hikes rates, becoming the first central bank in the developed world to do so.” CNBC. September 23, 2021.

6. “China’s embattled developer Evergrande is on the brink of default. Here’s why is matters.” CNBC. September 16, 2021.

7. “Uninvestable? Rather than abandon China altogether, investors may have to work around Beijing’s tech crackdown.” Fortune. September 9, 2021.