Delta variant outbreak puts country into lockdown. New Delta variant infections show no signs of slowing, and now Australia is faced with costly restrictions as it struggles to protect a largely unvaccinated population. More than half of Australia’s 25 million people are under lockdown.2

Economic recovery may be short-lived. Australia’s economy expanded in Q1, but analysts predict it will stall in H2, as declines in economic activity are expected due to recent shutdowns in Australia’s largest cities – Sydney and Melbourne. CNN commented “Sydney in lockdown, borders shut and hardly anyone vaccinated. How long can Australia go on like this?”3 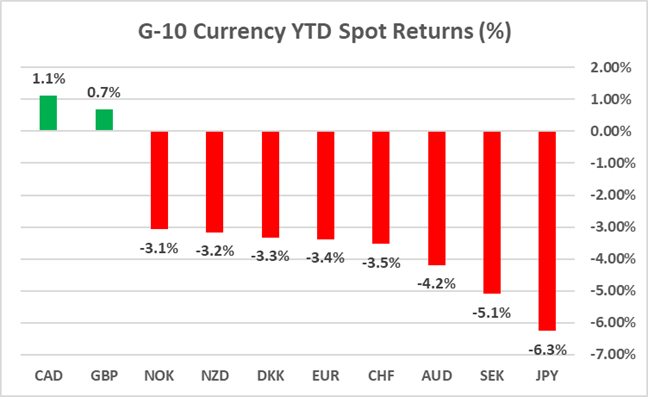 Several factors are influencing the value of the Australian dollar:

Reserve Bank of Australia (RBA) keeps rates low but plans to taper its asset purchases. At its July 6 meeting, the RBA kept its cash rate at all-time low 0.10%, stating that stimulus remains necessary and rate hikes would be a long way off. Nevertheless, it opted against pushing out the horizon of its yield target, while extending its asset purchase program but at a reduced level – from A$5Bn to A$4Bn per week effective September 9 – which analysts consider as slightly hawkish signals.

Australia accuses China of cyberattacks. Last week, Australia joined the US and other allies by officially accusing Chinese government-linked hackers of ransomware attacks.11 This may escalate the tensions between China and Australia which began last year. This is significant, as China is Australia’s top trading partner.

TECHNICALS:  The long-term uptrend in the AUD/USD – in place since May 2020 – remains intact. Despite several trend indicators leaning towards further weakness, only a solid move below last November’s low of $0.70 would change our bullish view, and we put low odds of that happening. In the meantime, expect trading to consolidate in Q3 within a wide $0.7250-$0.7550 range, before the currency pair resumes its secular uptrend.

3 “Sydney in lockdown, borders shut and hardly anyone vaccinated. How long can Australia go on like this?” CNN. June 28, 2021

7,8 “Australia’s economy will be weak and in need of support after the pandemic, top economists say.” ABC News. June 30, 2021