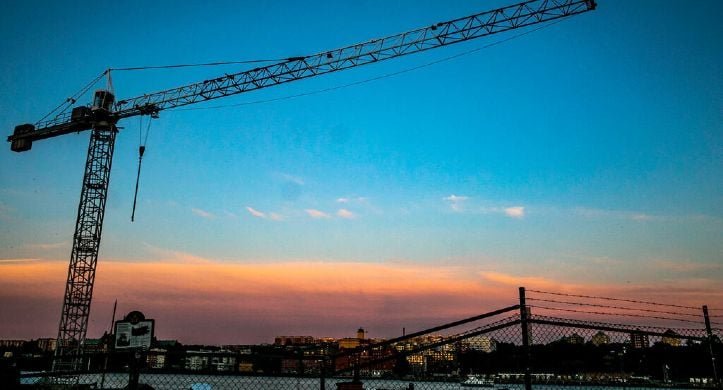 “A lot changes with having resources, right?” Oren says. "The company was growing at 10x year-over-year when we raised our Series A funding and the pace has continued to accelerate from there, across all key metrics."

CraneView's machine learning-powered software gives general contractors real-time planning and job scheduling insights, promising to make sure projects can be completed faster, on budget and with greater health and safety regulations and protections. So far, every pilot has turned into a revenue-generating customer, as site superintendents and project teams discover the insights the company’s product  supplies.

“You must have the ability to transform yourself from being a Jill-of-All-Trades, in the early days and start to hire people who are smarter than you in key roles."

For Oren, hiring became the No. 1 priority, as she sought to fill positions in every department at the 50-person, then 75-person company. She went about it systematically, focusing on building out Versatile’s senior leadership team first, so that each of those leaders could then hire the right people in areas like sales, operations and customer success.

"Hiring became the No. 1 priority."


The growth spurt that followed Versatile’s Series A funding has required some changes. For most employees, it meant:


No one felt that change more acutely than Oren, who had to fire herself from many founder tasks.

Shedding those tasks has allowed her to grow into the CEO role and tackle important initiatives that were previously on hold because she was trying to do it all.

Oren understands that the transformation is an ongoing process, as the company continues to scale and its needs change.

"As you grow a company from zero to IPO and beyond, you must be willing to be flexible and evolve," Oren says.

"Maintain focus on your customers, and you will get there."

Versatile's current product is packed with cameras, GPS and other sensors that send images and data to a cloud-based building management platform. All these devices allow contractors to manage construction jobs in 4D — three visual dimensions overlayed with scheduling functions to keep projects moving. But Oren believes that’s just the beginning. Over time, CraneView will be just the foundational piece of a broad technology platform meant to support the construction industry.

SVB client, Even Walker, Founder and CEO at Route shares his journey after Series A and how he put that new capital to work.

Protecting intellectual property: What every startup founder needs to know

How much equity should you give key employees