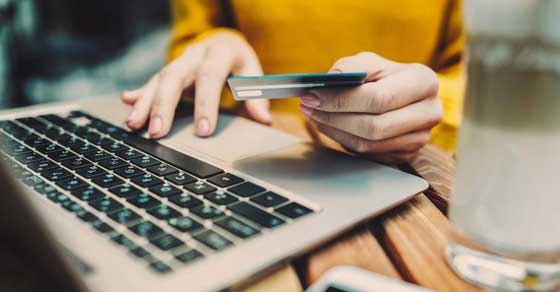 Now closed, Intuit’s $7+ billion acquisition of Credit Karma, ranks among the largest fintech deals ever. For the two companies, it quickly became clear that a combination could accelerate their mission of providing tools that could save people money and help them make financial progress.

But a merger of this size — roughly five times larger than any other Intuit acquisition — takes a lot more than synergy and good will. It took Credit Karma founder and CEO Ken Lin and Intuit’s Anton Hanebrink, EVP and chief corporate strategy and development officer, over a nearly two-year period to hammer out an agreement that would position the combined companies for success and could clear the intense scrutiny it would inevitably face.

In a fireside chat at this year’s Commerce Summit, the fintech conference co-sponsored by Silicon Valley Bank and Commerce Ventures, Lin and Hanebrink gave us an exclusive, behind-the-scenes look at the journey they embarked on together. The two shared much more in their lively conversation, which was moderated by Ysbrant Marcelis, of Commerce Ventures. Here’s a transcript of it, edited for length and clarity.

Marcelis: Ken, you started Credit Karma 13 years ago. Tell us a bit about the company’s journey.

Lin: Credit Karma was started in 2007. At the time, there were a lot of sites geared around marketing free credit scores. The reality is none of them were actually free. I couldn't help but think about the value and the importance of credit scores in the mind of the consumer and for the financial institutions that were looking for their next generation of customers. If you could bring those two pieces together, you could really build something transformative.

We launched a product in 2008. From the consumer perspective, the timing was right. The Great Recession created a focus on personal finances, safety nets and building the right financial habits. The recession really put that into focus for a lot of our early members and reinforced how we operated, as an organization.

“Empathy is part of our product thesis. Rather than building for the Silicon Valley tech problems that we might see, we built for the 99% of Americans.”
- Ken Lin, Founder and CEO of Credit Karma

Marcelis: What were some of the key lessons that you learned through that crisis? And what would be your biggest point of advice to founders and CEOs for how to navigate a lot of the uncertainty that we're seeing today?

Lin: We had really good traction. But overnight, we went from 30 advertising partners to one. I remember saying to ourselves, "If advertising isn't going to happen let's make sure we do one thing well, which is focus on the product. We don't have to build a product for advertisers, or think about our banking partners. Just think about the consumer and build the very best consumer experience.” That turned out to be the right choice over time.

Along the way, we almost went out of business three or four times. In each of those instances, we said, "Do we want to do something different to the revenue model? Do we want to start charging? Do we want to sell data?" And we resisted that temptation each and every time. That is part of why we were successful.

Empathy is part of our product thesis. Rather than building for the Silicon Valley tech problems that we might see, we built for the 99% of Americans. A majority of consumers don't understand credit and the financial services market. We have spent a lot of time thinking about what are the next problems around the corner — savings, tax. We’re just launching our checking product.

The other really important thing that’s key for founders, CEOs, management teams is keeping your company in the game. Grit is phenomenally important when you are in challenging environments. As soon as you strike out, it's over.

Marcelis: Pivoting to the story behind the acquisition, Anton, when did you first meet Ken and how did you think about the company? Was it love at first sight or was it a more gradual courtship over time?

Hanebrink: Any acquisition of this size and scale is based on relationships, especially when you have a founder-led, mission-driven company like Credit Karma. You don’t just walk in with a big number, and he says, "Great, I'll sell." It’s about building trust, aligning on what's most important, and then figuring out how to make one plus one equal 11. The only way that these things happen is if Ken believes that his vision gets accelerated by joining us. And it’s the same for us.

I originally met with Ken about two years ago. It was just an intro conversation. I don't think I intended it to be love at first sight, but we were whiteboarding, we were quoting the same stuff on consumer pain points. It very quickly turned into serious dating. But it was a two-year journey to get to where we are today.

“Any acquisition of this size and scale is…about building trust, aligning on what's most important, and then figuring out how to make one plus one equal 11.”
- Anton Hanebrink, EVP and Chief Corporate Strategy and Development Officer, Intuit

Marcelis: At what point did you go from, "Yeah, this could be interesting," to, "Yeah, this really fits with that?"

Hanebrink: Consumers struggle to have enough money to pay their bills, put food on the table. Forty percent of Americans don’t have a rainy-day fund. And people are overpaying on all kinds of things, and spending to their limit and beyond. [Intuit] had identified those issues and said, “How do we solve these?"

There were some big capabilities that we didn't yet have: year-round engagement of customers at scale; a financial marketplace that had enough partners to help people get better rates and solve some of those core problems. Credit Karma aligned with what we were doing, addressed some of those pain points. Our assets could accelerate each other.

Lin: For us, focusing on our mission has been the guiding principle for the last 13 years. When I learned more about their mission, it was pretty clear that we were highly aligned.

The lesson from day one was to build a great consumer experience. And whether it's an acquisition or an exit, whatever it might be, those things tend to happen if you're focused around the experience and the product.

Marcelis: Both of you have been in fintech for a long time. If you look at some of the valuations in fintech, do you think the market is overheated?

Hanebrink: I love that view, and totally agree with it. If you deliver differentiated consumer value, that's worth a lot. There’s real opportunity, but it does feel like things are overheated right now. I think people are applying very aggressive models on what every company can achieve and they won't all win.

In an exclusive conversation, Plaid CEO Zach Perret shares lessons learned in his entrepreneurial journey and thoughts about the future of fintech.