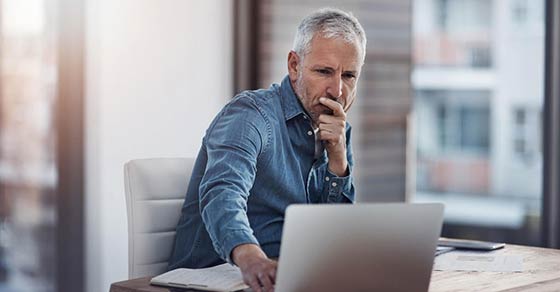 It’s not an exact science, but these methods can help you appraise your company.

You have a great idea, perhaps a brilliant one. You may have the beginnings of a prototype and perhaps a partner in crime or two. You’re officially an entrepreneur at the helm of a company. But what is it worth? Answering that question can be difficult. And an exact value may ultimately depend on what potential investors think. But the investors and entrepreneurs below offer useful yardsticks that can help you put a dollar figure on your fledgling startup.

Setting the valuation for an established startup is relatively straightforward, even if it can spark arguments and disagreements. At least there’s revenue, cash flow, growth rates and other financial metrics to help decide its paper worth.

But what if a young tech company has little or no revenue and maybe not even a prototype?

“At the very earliest stage of any new venture, it’s all about hope and not metrics,” says Jason Mendelson, a founding partner at the Foundry Group, a venture firm based in Boulder, Colorado, and the managing director of Techstars.

So how does a founder — or investor — put a value on that hope and potential?

The most basic valuation method borrows from the playbook used by realtors, who assess the value of a home by looking at “comps,” or comparable homes. Mendelson recommends establishing a startup’s valuation that is “on scale” with those of other early-stage companies. The more similar the startup — be it its sector, location or potential market size — the better.

Fortunately, comps are easy to come by. The law firms of Fenwick & West and Cooley, for instance, both publish quarterly VC financing reports based on deals they’ve seen. The median dollar worth of a seed deal that Cooley saw in the first quarter of 2019 was $8 million. The median Series A deal had a pre-money valuation of $20 million.

Even so, not all startups that are little more than a few engineers working on an idea sketched out in a PowerPoint slide deck are the same. “We laugh at [venture] firms that use spreadsheets for seed and Series A deals for valuations,” says Mendelson, co-author with his long-time partner, Brad Feld, of the book, Venture Deals: Be Smarter Than Your Lawyer and Venture Capitalist. “There’s just not enough data.”

How much money you need?

As a consequence, investors often turn to another method: they reverse engineer a startup’s post-money valuation based on the amount of cash a company is seeking and the ownership stake the investors need to warrant their time and money.

“I need an ownership stake big enough that I can justify to my investors taking a board seat and taking time on a company,” Mendelson says. If the founders are asking for $4 million and he needs a 25% ownership stake to rationalize the investment, then everyone agrees that, on paper, the company is worth $16 million.

That’s been the experience of Peter Pham, cofounder of Science, an incubator in Santa Monica, California behind Dollar Shave Club and Bird, among others. “Valuation is really based on how much money the founders think they need,” says Pham. “Every round you’re giving up 20 or 25 or up to 30%.” That rule of thumb, he says, helps guide every valuation negotiation.

A blend of approaches

As you engage in calculations based on comps and the amount raised, another figure may affect the outcome: the size of a potential payout — a figure your investors will be particularly keen to think about. “The most important task for an investor,” Boston-based venture capitalist Alex Wilmerding writes in his book, Term Sheets & Valuations, “is to project the likely value for a company at the time at which the company may generate liquidity.” The investor must then discount that future value to the present value based on the rate of return they are hoping to achieve.

Of course, the size of an exit like an IPO or acquisition is impossible to predict. But that doesn’t stop investors from making back-of-the-envelope estimates. And those calculations are bound to be affected by the mood of the public markets. “I’m not sure why Uber falling 20% [on its first day of trading] has any effect on early stage valuations, but I can tell you after doing this for twenty years, it does,” Mendelson says.

If your startup has buzz, you’ll have more leverage

The competitiveness of a deal, of course, will also affect the valuation. “The more people who want in on a deal,” Pham says, “the more the entrepreneur can negotiate one investing team against another.” As a result, a founder may only have to give up 15% in a given round, rather than the typical 20 to 25%, he adds.

And your experience, especially if you’re a serial entrepreneur, counts for something too — though probably not as much as you might hope. “The range on these deals is tight,” Mendelson says.

Aim high but not too high

There’s no disputing that trying to maximize your valuation can be good for you and your company: it means investors will pay more for a slice of it. But Mendelson advises founders against seeking too high a valuation, as it can set expectations that could prove impossible to fulfill. “Metrics are going to start to matter in the A round and they’ll count in the B and C rounds even more,” he says.

A high valuation comes with high expectations. Miss the milestones needed to justify an inflated valuation and a company might be looking at a down round, if not worse. “You need to be aware of that, or you can get yourself in trouble,” Mendelson says.

It’s what happened to Shyp, a well-regarded, innovative package shipping company that raised $63 million in venture funding. “The investment we took, everything we got, wasn’t warranted for where the business was at,” Shyp founder and CEO Kevin Gibbon told Fast Company. “The expectations were way too high.” Shyp shuttered operations in 2018.

Maybe you don’t value at all

An increasingly popular option for founders who are still searching for a business model and revenue is to postpone any decisions on valuation. Financial instruments like a convertible note or a SAFE (Simple Agreement for Future Equity), which was popularized by Y Combinator, allow companies to raise modest amounts from friends and family or angel investors while putting off a decision on valuation. The SAFE or notes will convert into equity if and when the startup raises its first priced round, presumably at a time when it will have actual metrics to determine a fair valuation.

“We weren’t entirely sure how our business model would morph over time,” says Lauren Jonas, the founder and CEO of the San Francisco-based Part & Parcel, a community and ecommerce site catering to plus-size women. She used a SAFE when seeking a friends & family round of funds, Jonas says, “which allowed us to postpone valuing the company.” A valuation was established in May 2019, when Lightspeed Ventures led a $4 million seed round in Part & Parcel.

Valuing a startup that has no revenue — and perhaps not even a product — can be a challenge. That said, there are plenty of guideposts founders can use, including comps, fundraising needs, a company’s potential and the buzz their startup is receiving. But ultimately, investors and founders will have to get comfortable with some amount of uncertainty. “You look at how potentially big the market is, how crowded the market is, how early or late they are — all kinds of things,” Mendelson says. “But it’s still an approximation based on feel.” In other words, it’s more art than science.