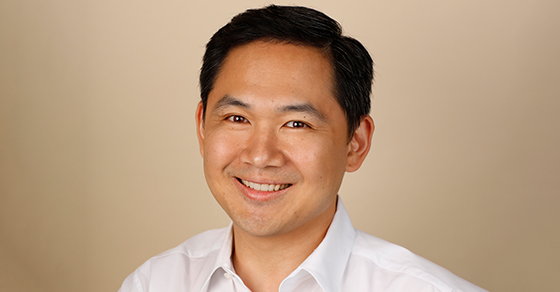 Why Spencer Lee focused on financial systems, data and people to help Hims & Hers scale


When Spencer Lee joined Hims & Hers as its first CFO in March of 2019, the telemedicine startup, which offers virtual doctor consults and sells a variety of medications and wellness products online, was barely a year-and-a-half old. But the company, which had fewer than 50 employees, had already raised about $200 million in venture funding on the strength of its rapidly expanding business.

Lee’s job was to help lead the company through its next phase of growth. As an experienced CFO, who had run finance departments at a handful of other high-growth startups, he went about it quickly and methodically, focusing on a handful of critical areas in his first 90 days: establishing a financial infrastructure for scale, analyzing the intricacies of the business, and understanding its people. A year later, Hims & Hers had tripled in size.

While not every startup can boast of a product-market fit that drives such explosive growth, the steps Lee took in his first three months offer something of a playbook for finance executives and leaders of high-growth startups. His opening move: triage. “It began with an exploratory process, a fact-finding mission to really understand the state of the business, so I could prioritize what needed to be done,” Lee says.

Naturally, the exploration began with an assessment of his own department — a bare-bones operation where a handful of people handled the accounting reporting and analysis — to determine resources it would need over the next 12-to-24 months. “We identified the gaps and set to prioritize hiring to make sure we could continue to scale and support the growth of the company,” Lee says.

On the accounting and reporting side, Hims & Hers, like most startups of a similar age and stage, focused on transactions, not policies or accounting standards.

As he laid out a plan to build the financial reporting systems that could sustain growth, one of the key tasks was to transition the company’s cash-based accounting and revenue recognition operations to ones following generally accepted accounting principles, the standard for publicly-held companies.

Understanding that his own strengths were in financial planning and analysis, not accounting, Lee set out to find someone to lead the process. He ended up recruiting a top-notch controller, who was a veteran of KPMG and several venture-backed high-growth startups.

“My weakness is probably on the super technical accounting side of things, so it was really important for me to find someone with those skills to help lead that function,” he adds.

Digging into the business

In parallel with the revamp of the accounting systems and policies, Lee focused on another critical priority — gathering and analyzing the data required to really understand the dynamics underlying the company’s business. This also required staffing up. Hims & Hers had just two employees supporting the company from an analytics perspective. “The team was taxed beyond capacity,” says Lee. Finding the right people was critical, and Lee immediately embarked on a recruiting process that over a year would expand the team to eight people.

My job is to work with everyone to understand how to achieve outcomes both at a company level, but also at an individual level.

As he brought on additional staff, Lee’s data gathering and analysis capabilities improved quickly, helping him add nuance and context to his understanding of the forces driving the company’s success, starting with the sales side of the business.

“My default is usually understanding the consumer side of the equation,” he says.

The goal was to answer a set of key questions: Where do customers come from? How many show up daily, weekly, monthly? What happens to them after they buy? Do they come back, and if so, is it to buy more of the same product, or different products? What is the frequency of repeat purchases? “What you're driving at understanding the lifetime value of customers,” Lee says.

Soon after, Lee embarked on a similar data gathering process on the expense side of the business, to get a handle on all the fixed and variable costs of servicing customers. With both sides of the equation in place, Lee finally had “a model of how the business really worked,” he says.

As a deeper, more nuanced picture of Hims & Hers’ business emerged, Lee and the management team were confronted with some surprises. “Inevitably you uncover things that might be counterintuitive,” he says. “We noticed that certain customers were more prone to come back and shop across categories, whereas other types of customers would come back for the same product.

“A number of actions and projects got spun out of this analysis,” he adds. For example, as Lee worked with the marketing team to drill down on the effectiveness of discounts and promotions, the company decided to reduce its reliance on discounting. Instead, it focused on communicating more effectively the value proposition of its products and services. “We were able to build a stronger customer base as a result,” Lee says.

"I think when you come to folks with that level of partnership and listening, you will get buy-in even when tough budget decisions need to be made."

As he dove into these tasks, Lee worked also worked to lay the groundwork for something he understood would be vital to his own long-term success and that of the company. As CFO, he had to earn the trust of his fellow executives. That meant dispelling some myths about the role of the CFO.

“A lot of people think that the CFO is something of an enforcer, a person who tries to catch people that are spending money that they’re not supposed to spend,” Lee says. It’s not an unreasonable perspective, he says, given how many CFOs see themselves as enforcers. “I’ve run into colleagues who have said they had PTSD from previous interactions they’ve had with CFOs and finance teams.”

Lee favors a different approach. He sees himself as a service provider whose role is to help others on the management team achieve their priorities. “I try to be an empathetic partner who understands that people are trying to do what’s best for the business and that sometimes involves deploying capital,” he says. “My job is to work with everyone to understand how to achieve outcomes both at a company level, but also at an individual level.”

So Lee set out to spend time with key executives from marketing, engineering, product and other areas to earn trust by showing his bona fides. “It really boils down to being a good listener and understanding nuance,” he says.

In meeting after meeting, Lee peppered fellow executives with questions to really understand how a specific budget item furthered their goals: Why do we need it? How does it help your team? If we didn’t have it, what are the consequences for the business, for our customers, and for our revenue goals? “I think when you come to folks with that level of partnership and listening, you will get buy-in even when tough budget decisions need to be made.”

Lee credits the work that began during those first 90 days — especially the initiatives that sprung from his team’s analysis of the business — for putting Hims & Hers on stronger financial footing. Revenue has continued to grow, even as margins have expanded materially.

“A lot of companies here in the Bay Area can execute on growth really well,” he says. “Others decide to execute on margins and sometimes have to sacrifice growth. We were able to pull off both at the same time. And the way we were able to do that was through the data-driven initiative that we put in place.”