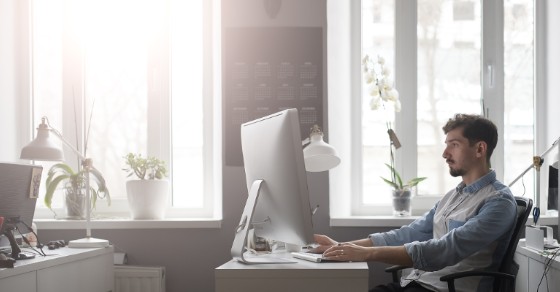 How to calculate burn rate and understand a cash burn analysis

Knowing the nuances of your burn rate can make or break your next round.

When Efrat Kasznik asks first-time founders about their startups’ burn rates, they often tell her how much cash is disappearing each month and how long what’s left in the bank will last. They rarely talk about why the burn rate is what it is, or how spending levels will change as the company grows.

“If you haven’t tried to figure these things out, you might as well go back to the drawing board,” says Kasznik, a former CFO who created consultancy Foresight Valuation Group in 2010. “In my mind, you don’t have the right to ask someone for money until you do.”

It will be time well spent: Twenty-nine percent of startups fail because they run out of money, according to CB Insights. That’s the second most-cited reason behind lack of product-market fit at 41 percent.

“Managing burn is what it’s all about,” says Larry Augustin, who has been a founder, a CEO and a board member of many startups since the mid-1990s. “People get into trouble because they plan for what they’ll do with the next funding round rather than plan based on the funding they already have. That next funding round may not happen. Managing burn rate is a way to give yourself options.”

“But burn rate…is not necessarily a measure of danger”

But burn rate—technically, the negative cash flow of companies that have greater expenses than revenue—is not necessarily a measure of danger. It is also the lifeblood of successful startups. Companies with great growth opportunities rarely capitalize on them unless they’re willing to burn through a lot of cash along the way.

The goal, then, is figuring out the right balance between sufficient and excessive burn rate. But how?

For the founder who has little more than an idea and some free hours to pursue it, burn rate is unknowable, says Tim Lipton, who has provided CFO services for more than 100 startups. With no financial assets, the only burn rate that matters is the founder’s rough estimate of how long and how much it will cost to develop a product.

“Of course you can’t know, but you’ve got to get out there and start making mistakes until you have a better feel for what it will take to hit key product milestones,” he says.

“What type of company do you hope to build?”

But it’s never too early to be thinking about a key question that will inform your ultimate cash burn analysis: What type of company do you hope to build? If you are targeting a massive consumer market and won’t be happy with anything other than an IPO, for example, you’ll need to make hefty investments to attract top talent from other successful companies and establish a widely recognized brand. If you are building a gaming app or a cloud service serving a niche business market and hope you’ll get acquired within a few years, your need for capital will be lower.

Obviously, the more you need to spend, the higher your burn rate will be. And the more money you’ll need to raise.

“Managing your burn rate is all about containing monthly expenses”

Once you get started in earnest, managing your burn rate is all about containing monthly expenses. “We’re a big believer in free,” says Joshua Browder, founder of DoNotPay. The five-person company, which makes a chatbot to help consumers challenge parking tickets, file lawsuits and accomplish other tasks, works out of free space in San Francisco provided by Amazon for startups that use AWS. (“There are free drinks and everything!”)

Like almost every startup, DoNotPay leans heavily on cloud services to support everything from email to HR and payroll services rather than setting up its own in-house processes.

The two burn rate metrics that matter: unit economics and cost of growth

But frugality alone won’t be enough as your business gains traction and you’re looking to raise money from professional investors. At this stage, you need to get serious about the two main variables that will determine your burn rate: unit economics and the cost of growth, says Kasznik.

Unit economics is the amount your company earns on every item your company sells, whether it’s a hardware product, an app or a cloud service. You calculate it by subtracting the cost to acquire each new customer from the lifetime value of that customer.

“The main expense for most companies will be employees”

When it comes to the cost of growth, the main expense for most companies will be employees. In Silicon Valley, the average salary is around $120,000, not counting benefits, according to a study by the Computing Technology Industry Association. Even in lower-cost locations, payroll frequently exceeds 60 percent of a startup’s costs. Many first-time founders don’t properly factor salaries and benefits into their calculations of future cash burn, says Kaznik. If they do factor them in, they often underestimate how many people they will need.

By understanding your unit economics and your cost of growth, you can make an informed decision on how much needs to be raised to cover the burn rate for long enough to achieve your goals. As a general rule, companies should raise enough to last 12-to-18 months.

Burn rate can rise, but should never fall

Many founders are tempted to increase their burn rate as sales increase, and this is justified if the company is beating its financial goals. “If every $1 of investment is generating $3 in profits, you’re obligated to pour on more jet fuel” and spend more to capture market share, says Lipton.

While increasing the burn rate will delay profitability, it’s usually worth it for fast-growing companies because they’ll end up with a stronger market position that will, in turn, lead to higher profits from far more customers than would have been possible with a lower burn rate. (Venture capitalist Mark Suster does an excellent job of explaining the trade-offs in this post).

But lowering your burn rate should be seen as a measure of last resort. Most early stage startups have a very hard time recovering from major cuts in spending, particularly if it involves layoffs. “I tell founders to consider this a one-way street,” says Brett Galloway, a former Cisco Systems executive and serial entrepreneur. “These are real people you’d be hurting, and it’s not okay. Avoid lowering the burn rate at all costs.”

More often than not, investors won’t appreciate a falling burn rate, either. Venture capital firms are usually focused on the vast riches they can make from a standout company and less concerned with losing their initial investment on the rest. Even if a company’s sales grow twice as fast as expected, investors would usually rather see additional spending to maintain or even increase the burn rate instead of keeping expenses flat to cut it.

“Venture capitalists will usually push you to move faster,” says Kasznik. “They didn’t give you money not to spend it.”

Sometimes, reality forces the issue. If your unit economics are eroding and there are less than 12 months of runway, it’s time to act, says Augustin. Since it typically takes five months or more to raise funds, you’ll want to bring down the burn rate quickly before drastic, last-minute surgery is required.

That’s what Augustin had to do three years ago, when he cut spending on a big sales and marketing campaign at SugarCRM, where he was CEO. The move required layoffs, but eventually the $24 million in monthly burn rate turned into a positive cash flow of $7 million. The shift not only kept the company from going out of business, but gave Augustin the breathing room to sell it.

As a general rule, startups should keep expenses as low as possible. Strategic burn to gain market share and win customers is different from everyday spending on operational expenses. Founders will need to craft a “spend culture” that’s appropriate for their business.

A company on track to becoming a unicorn may want to offer free food and massages to retain high-priced talent during what is likely to be a protracted drive to profitability. But for most companies, offering fewer perks makes sense. Founders may even want to locate to a lower-cost home base. Don’t forget to factor in the state of the overall economy. Your investors will certainly be thriftier if there are storm clouds on the horizon or overhead.

While managing your burn rate is important, it shouldn’t become a time sieve. Look at the financial statements once a month, get a sense of how much runway you have left, and—unless the company is approaching bankruptcy and every penny counts—only spend more time if a key line item is out of the norm. “If you’ve got 12 months of runway, whether someone spent $5,000 more or less on travel isn’t that important,” says Lipton. “Don’t be cavalier, but if there’s no smoke, there’s definitely no fire.”

And while common sense suggests burning through cash is a surefire path to bankruptcy, remember that startups are governed by different rules: a healthy burn rate may be just what you need to win.

When it comes to startups, the adage that “cash is king” only goes so far. Layer in other common industry catchphrases such as “growth at all costs” and “always raise more than you need” and it’s enough to make an early stage founder’s head spin.

Having cash is critical, of course, but more so is knowing how to manage it and when to spend it. However, learning to be strategic about your burn rate—and understanding why you should spend what you’re spending—isn’t always easy to figure out.

We talked to founders, CFOs and industry experts about how startups should think about their burn rate. Here’s their advice.

Lewis has spent the past decade working to research, develop, and invest in innovation at the intersection of rapid business growth, large markets, and massive global challenges. Through various stints in research, diligence, fundraising, investment management, education and formation of new concepts he has been at the bleeding edge of innovative investments that are changing the world.