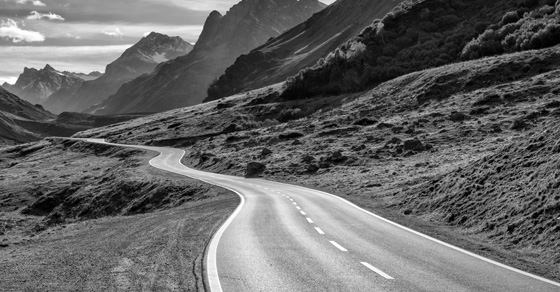 No two fundraises are the same. That’s especially true for emerging managers raising their first fund. At the messy beginning of fund and firm formation, there are a lot of processes to coordinate and open-ended decisions to make that range from tactical to philosophical.

At the same time, learning about the experiences of others can offer valuable lessons like: options to consider, questions to ask and pitfalls to avoid. Silicon Valley Bank recently invited three early-stage fund managers — Jarrid Tingle of Harlem Capital, Katie Jacobs Stanton of Moxxie Ventures and Nisha Dua of BBG Ventures — to share the challenges they faced raising their first funds, as well as what they learned through that process.

Committing to the fund

Emerging managers often start their first fund as a side venture before investing full-time. Tingle and his partner, Henri Pierre-Jacques, started Harlem Capital as an angel syndicate in 2015, before enrolling in Harvard Business School in 2017. Each facing $200,000 in student loan debt, Tingle and his partner found it hard to envision running the company full-time. But a well-timed combination of bad news and good news provided the inspiration they needed to take the plunge. “The tipping point was not getting a final-round interview for my top firm, while Harlem Capital started to get some significant press, in Black Enterprise and then Forbes,” says Tingle.

Tingle and Pierre-Jacques spent the summer of 2018 raising their first fund. A titan of private equity committed $1 million and allowed the duo to use his name while fundraising. Soon after, they secured TPG Capital as their anchor investor and strategic partner, which gave Tingle the confidence to make Harlem Capital a full-time enterprise. Stanton, meanwhile, had been ranked among the world’s most powerful women in 2015 by Forbes for her role as Twitter’s vice president of global media and for turning social media into a venue for political and activist campaigns during her time in the Obama administration. And yet, “It wasn’t clear at first that starting my own fund was the right choice,” she says. “The logical path was to join a traditional VC firm.” Instead, in 2019, Stanton launched Moxxie Ventures, largely because she wanted the sole power to decide which types of founders she would back.

Specifically, she wanted to bring more women and people of color into the venture capital (VC) world. Those aspirations led her to take what she calls “the harder path” of starting her own fund.

At the same time, Dua had faith in her own recognition of a market opportunity when she launched BBG Ventures in 2014, which exclusively funds businesses founded or co-founded by women. “No one else — or almost no one else — was doing what we were doing,” she says. “It was clear the market was wide open and that the focus on investing in female founders was something I couldn’t do at an established firm.”

The current early-stage VC space is as crowded and competitive as ever, which means a firm making its way into the market will experience discouraging moments. Some firms use those stretches as opportunities to evolve and grow as entrepreneurs.

While Harlem Capital received some negative feedback from Tingle’s colleagues and professors, he chose to focus on the voices of those who had taken similar entrepreneurial risks. “We found that people who founded investment firms in their 20s or 30s had the appropriate mindset to be helpful,” says Tingle. “Almost everyone we met with this profile was supportive.”

Even bad advice can be useful with the right framing. “I had one friend and potential limited partner (LP) tell me I was too old to start a fund,” says Stanton, who was in her late 40s at the time. “It took my breath away because we are the same age, and I felt like this was exactly the right time for me to start a fund. I tried to detach the negative emotional effect his comment had on me, acknowledge that he might be verbalizing a stereotype that others might have, and address it.” As a result, Stanton looked for LPs of various ages, giving her a ready response to anyone who might share her friend’s concern.

Incorporating diversity from the beginning

Part of being a successful investor is recognizing value where others don’t. To that end, building diversity into your team is more than a socially responsible goal; it can generate more successful outcomes.

According to Dua, this focus on diversity should go beyond the makeup of your investment team. She suggests investors self-evaluate their deal flow. If you pass on a company in the due-diligence phase, consider whether your decision may have been influenced by unconscious biases and then commit to mitigating those biases going forward.

Stanton recommends incorporating diversity into your firm’s first five hires. When your team is diverse from the beginning, you’ll build a more diverse and expansive network. If you begin with a homogeneous group, branching out becomes an uphill battle. Further, if you aren’t in an underrepresented demographic yourself, you may have to be particularly proactive about meeting founders and investors who are. Dua, Stanton and Tingle agree that hitting diversity goals requires metrics and self-audits.

“If we want to move the needle forward for VC and founders, we have to measure,” says Dua. “Unfortunately, it’s a decision that individual firms have to make. There’s not going to be an industry standard.”

That said, a person or group can’t always be neatly reduced to a demographic identity and inquiring about the demographics of team members may not always be appropriate. In such cases, Tingle recommends inferring demographics from available information because you must have some sense of whether you’re reaching your goals, even if it’s a rough one.

Starting a fund that reflects its founder(s)

New managers should remember that your VC firm is exactly that: yours. As you go through the process of raising your first fund and establishing your firm, you will get lots of feedback — both explicit and implicit — about what you should and shouldn’t be doing. In those moments, remind yourself why you decided to start this journey and that you and your partner(s) are the ones who will be operating your business day after day. Make sure the decisions you make reflect your values and the impact you want to have. Building those outcomes starts on day one.

The second in a three-part series on building your fund's foundation.
Read more

2021 SVB Financial Group. All rights reserved. Silicon Valley Bank is a member of the FDIC and the Federal Reserve System. Silicon Valley Bank is the California bank subsidiary of SVB Financial Group (Nasdaq: SIVB). SVB, SVB FINANCIAL GROUP, SILICON VALLEY BANK, MAKE NEXT HAPPEN NOW and the chevron device are trademarks of SVB Financial Group, used under license. This material, including without limitation to the statistical information herein, is provided for informational purposes only. The material is based in part on information from third-party sources that we believe to be reliable but which has not been independently verified by us, and, as such, we do not represent the information is accurate or complete. The information should not be viewed as tax, investment, legal or other advice, nor is it to be relied on in making an investment or other decision. You should obtain relevant and specific professional advice before making any investment decision. Nothing relating to the material should be construed as a solicitation, offer or recommendation to acquire or dispose of any investment, or to engage in any other transaction. The views expressed in this article are solely those of the author and do not necessarily reflect the views of SVB Financial Group, Silicon Valley Bank or any of its affiliates. Strut Consulting; AngelList; Allocations; Frank, Rimerman + Co.; Cooley; and Y Combinator are independent third parties and are not affiliated with SVB Financial Group.

VC Insurance 101: Protecting Your Fund, Your Investors and Yourself