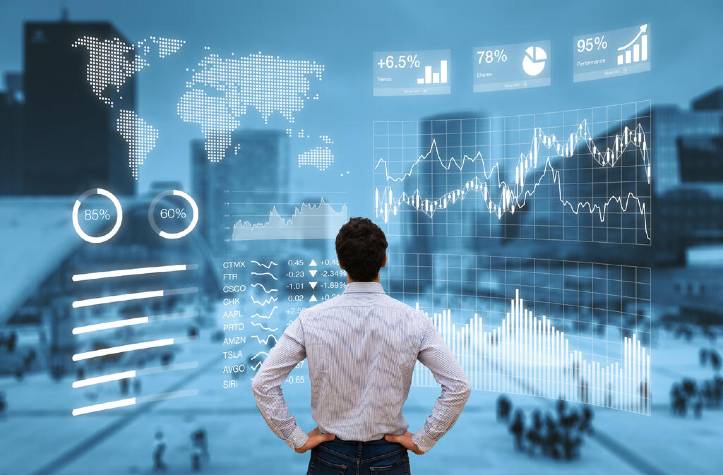 What should startups measure, and how should they gauge their success?

Since its founding in 2016, Versatile, a construction tech company, has largely stuck to a course charted by many successful startups.

The first few years, Versatile was focused on perfecting its core product, CraneView, a novel piece of hardware equipped with cameras and sensors that attaches to cranes. It gives builders a bird’s eye view of everything that’s happening on a construction site and delivers a wealth of real-time data and insights via a cloud-based management platform.

For co-founder and CEO Meirav Oren, the conviction that Versatile, whose customers include some of the largest construction firms in the U.S., was headed for success solidified as the company hit targets she had set for key metrics like revenue, number of customers, customer satisfaction and retention. “Metrics are the right steps to getting there,” Oren says. “You set a goal, then you work backwards and figure out how to make it add up.”

A contract with investors

Since landing a $20 million Series A round in late 2020, metrics have taken on even greater importance: Oren’s investors are watching to make sure she is delivering on her promises. They include expanding Versatile’s customer base, getting more revenue per customer, keeping customer satisfaction and retention at 100%, and growing headcount. On the last one, she’s already hit her targets for the full year, tripling the number of employees in just six months.

"Earlier on, the focus was pretty much on understanding what our customers were telling us," Oren says. "Now I have more data points and more ways of knowing where the business is headed than I did a year ago.”

While entrepreneurship is built on big dreams, once a startup raises a Series A, those long-term dreams must be backed by shorter-term benchmarks and goals. They help entrepreneurs and their companies to keep on course, day-to-day and week-to-week, offering windows into performance. They also serve as informal contracts with investors.

What are the metrics that matter most? Which ones should founders pay attention to and how should they go about goal-setting? And what should they do when not everything goes to plan?

In recent years, the venture firm Andreesen Horowitz, or a16z, has done more than most to spell out the core metrics entrepreneurs need to focus on, all while providing ways to calculate them as they seek to capture rapid growth in super-sized markets and new verticals.

A good place to start is with bookings, the value of a company’s contracts with customers, and revenue, which is recognized when a product or service is delivered. Entrepreneurs must also learn to differentiate total revenue, which includes one-time items, from recurring revenue, which investors put a premium on.

While growing revenue and bookings can validate that a startup’s product is a hit, entrepreneurs and their investors need to know how profitable their business is. To measure gross profit they must calculate all the costs associated with making and delivering your product or service.

That’s just the beginning. Companies need to show they can be profitable over time, which requires understanding more sophisticated gauges, such as the lifetime value of a customer and the customer acquisition cost. The relationship between these two — and investors generally look for an LTV/CAC ratio of 3 or more — can give you a basic outlook on profitability.

Those measures can play a big role in determining your burn rate, the speed at which your cash goes out the door. But a high burn rate is not necessarily a bad thing.

From there, complexity can increase quickly, as entrepreneurs may choose to focus on benchmarks like active users, average revenue per user, conversion rate, total addressable market and others, depending on the specifics of their business.

"The actual benchmarks for what we consider great metrics versus good metrics versus mediocre metrics differ dramatically between different sectors," says a16z partner Kristina Shen, noting, for example, that B2B startups, and those in the creative economy have to grapple with their own set of measurements.


“Most companies set over-ambitious growth goals and venture investors love it, as it is a good measure of an entrepreneurs' thirst for outsized glory.”

Aim high, and be ready to adjust

Once you understand the critical metrics governing your business, the obvious question is what targets should you set? What should you tell your investors and your team about your expected, or desired, performance?

Investors typically want entrepreneurs to be bold. But they welcome a dose of reality too.

Shen agrees, saying that while fast growth is “amazing,” not all companies are destined for hockey-stick success. How entrepreneurs react when they hit hurdles is as important as their initial ambition. “Can they adjust and iterate?" asks Shen. "If they change their plan and re-forecast based on what they learned so far, we find that a very attractive trait. It almost means more than if they hit their initial targets."

Originally Chung focused on selling directly to enterprises, but their cost-conscious, risk-averse executives proved reluctant to try a new service. That drove him to discover a backdoor sales channel: if he could win over individual employees, they would take care of the rest. The approach, pioneered by companies such as Dropbox and Slack, worked. "Viral customer acquisition — letting users download our app everyday, and converting their company later in the sales process — is a very efficient way to go to market," Chung now says.

With the new strategy, TravelBank has grown its user base and its sales, while keeping retention high and churn low. That post-Series A success, and a growing customer list that includes the likes of Doordash and GrubHub, helped the company secure its second major round of funding from DCM Ventures.

"Not every company or founder gets the first idea, the first product, the first MVP right,” says Shen. “What matters is that they iterate quickly. If they do, they’ll eventually find the right kind of product-market fit."

A shifting focus in later stages

While quick iteration and adaptability are key early on, as startups inch closer to a Series B, entrepreneurs should expect that investors will step up their scrutiny of key metrics, with an overall emphasis on how efficiently they are operating.

"As the company continues to scale, let's call it closer to the Series B, we do start to look at more quantitative metrics: We go back to what does the growth, retention, the capital and sales efficiency look like?" Shen says.

Sometimes, however, efficiency may take a backseat to growth. “You have to have the courage to be aggressive when the metrics are working and have the maturity to reduce expenses and extend the runway when it's not,” Green says. “The ability to understand when to step on the gas and when to slow down is a critical element of getting the journey right.”

New York is growing as a life sciences hub — and rewards startups for R&D in the state. From tax credits to talent, here’s why you should consider building a life sciences startup in New York.