People
Having been with SVB for more than 10 years, Namita discusses her impressive journey from associate to managing director, from California to London, detailing the support and opportunity offered by the bank, as well as her continued learning experience. 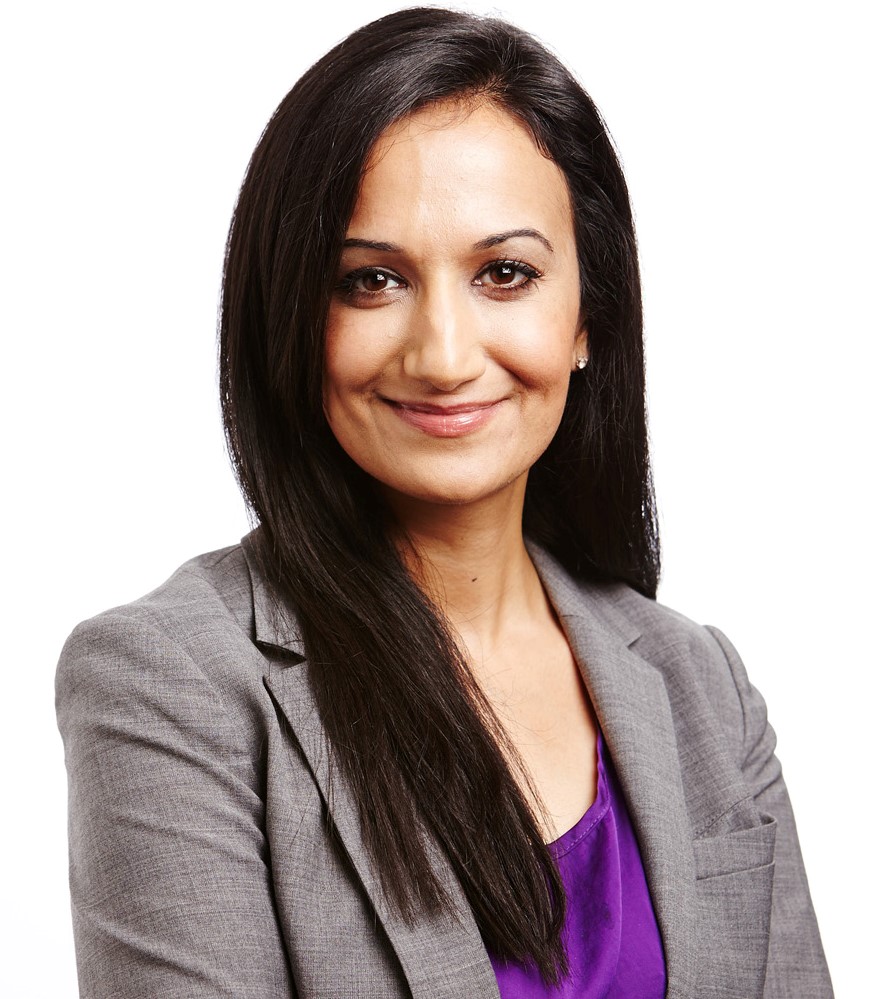 How did you come to SVB? Had you always wanted to work in financing and banking?
Namita Anand: I studied both computer science and business, and was very interested in both worlds. However, I graduated in 2001, just as the tech boom had busted. This meant there weren’t opportunities in tech at that point, but there were interesting things to be done in banking.

I joined a bank in California and did my training there, having moved to their private banking division, working with a full range of the bank’s clients, which I really enjoyed.

I was then approached by SVB to join their private bank. When I began exploring the opportunity and finding out more about SVB, it was clear to me that the fit was perfect, given my interest in the software industry. The chance to work with venture capital partners and CEOs of tech startups was extremely compelling.

Since joining SVB, how has your career developed?
NA: The movement between teams is one of the great things about SVB. Having joined the Private Bank initially, I was really fortunate to be able to join the West Coast-based software team. Moving into that team was a huge learning curve; from lending to individuals to then lending to tech startups. Thankfully there were experienced people there to teach me. I spent five years in that role.

In 2012, the European VC and PE practice was expanding, so I moved over to the UK to support that team. I didn’t have experience in lending to PE funds either! But that’s another great thing about SVB; people can take risks, and loyalty is rewarded through opportunities.

The organisation listens and cares for its people, and tries to stretch and push to new places. That’s different to other places I’ve worked where you’re confined to your box. For me, this has meant opportunities to work in areas that I love.

Having worked in the US and Europe, what are the main contrasts between the PE and VC industries?
NA: When I first came to UK, LPs were less comfortable with the profile of venture capital and investing in the asset class. Over the course of last five years the strategy has seen phenomenal growth; we’re seeing European venture funds raising almost $1bn now. This is a stark contrast to Silicon Valley, where the asset class is mostly venture capital.

In terms of the various lending, FX, and banking products SVB provides, PE firms typically use products more extensively, though this distinction is lessening as VC firms are discovering the same benefits of bridging, GP facilities, NAV, FX etc.

What are you typically hearing from your clients at the moment? What are they most concerned about?
NA: Succession planning is a major talking point; of the last 50 conversations I’ve had, I’d say around 40 of them touched on this point. Many funds haven’t made succession plans and are rightly starting to think about it. They’re looking for ways to incentivise junior partners, who typically don’t have the required investment amounts needed to meaningfully participate in funds.

What does your typical day look like?
NA: My role has changed so much in recent years. Last year our team was four people and now we’ve doubled that number. While I love being with clients and out in the market, a lot of my role now is about supporting the team’s success. I spend more time training and providing them with the resources to better understand the industry and to deliver for our clients more effectively.

We recently opened an office in Germany, and are increasing our profile in Germany and throughout the EMEA region.

Being able to help people gives me so much personal satisfaction. The deals and transactions are fun but, seeing a team growing and being successful, as well as passionate about what we do; I feel so lucky.

The people we’ve brought in have experience from various parts of the market, so they’re excited, and that inspires me. It gives me so much joy to see their drive and excitement.

What do you think will be the major challenges and opportunities for 2019?
NA: Well, there’s the big elephant in the room! Over the course of the last four to six months, managers we expected to raise quickly have had mixed results, with a few firms taking slightly longer to hit their first and final close. This can be attributed to a combination of reasons but Brexit is definitely having an impact.

I am optimistic, though. Even though fundraising might be slowing, it’s still there. We have seen over the last two months, funds are being raised, money is being deployed – and they want the various banking and finance services.

There is still so much opportunity in terms of markets we have not yet been focusing on. We’ve been spending our time in UK, Germany and Israel, but we’re now distinctly Pan-European and can deliver on opportunities presenting themselves elsewhere in Europe.

Get in touch with Namita Anand