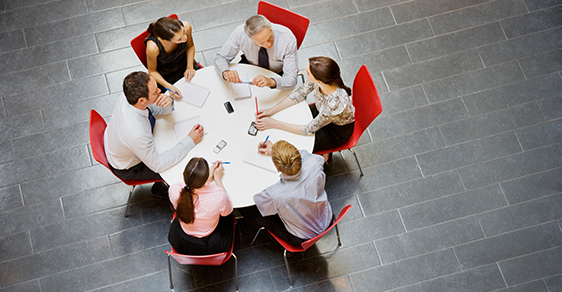 Amid the uncertainty over the health of tech IPOs, SVB Analytics examined Q3 2016 data for our latest State of the Markets report and found several encouraging signs that the IPO market appears to be returning to more normal patterns.

In 2015, 18 U.S. technology companies went public on major U.S. exchanges, the fewest since the financial crisis of 2008-2009. Only 11 companies have managed to go public in the first three quarters of 2016. But certain healthy dynamics in the venture capital ecosystem and equity markets overall suggest that the IPO window is finally starting to open.

Here’s our analysis of the factors that may lead more U.S. tech firms to go public in the near future:

The wave of public-to-private M&A activity has left investors and money managers with significant capital that must be reinvested. From Q2 2015 to Q3 2016, capital returned to investors and money managers reached $72 billion. In comparison, returns from IPOs and follow-on offerings in the same period amounted to $4.6 billion. That means for every dollar of new equity issuances offered by U.S. software companies, more than $15 has been returned to investors from M&A transactions. As a result, year-to-date returns for the S&P 500 Software and Services Index hit 17.1 percent at the end of Q3 2016, more than triple the 5 percent return for the broader S&P 500 Index.

Public Unicorns Begin to Grow into Their Private Values

Another key indicator of growing confidence is how tech unicorns are performing in the second half of 2016. At the end of Q2 2016, companies valued over $1 billion that had gone public since 2014 posted a negative median return, down 29 percent when compared to their last private round. But by the end of Q3 2016, the median return significantly rebounded and ended the quarter up 6 percent when compared to the last private round. As public unicorns grow into their valuations, investors are gaining more confidence in their viability.

A sustained period of low volatility in the public markets is normally necessary for a healthy IPO market. The Chicago Board Options Exchange Volatility Index (VIX), stayed below 20 for the full quarter in Q3 2016, the first time that has occurred since Q2 2015. The IPO window had shut during the particularly volatile second half of 2015, and the return of relatively stable markets in Q3 2016 provides additional evidence that an IPO thaw is sustainable.

For much of 2015, crossover investors took primary roles in many private IPO transactions (PIPO), or single-stage financings exceeding $100 million. We counted 27 of these transactions alone in Q3 2015. For the same period in 2016, seven U.S. tech companies went public, compared to four private IPOs. IPOs had not eclipsed PIPOs since Q2 2014. This may be yet another indicator of investor sentiment shifting back to public offerings, as crossover investing into late-stage rounds has cooled considerably.

Despite the particularly volatile U.S. election season, Brexit and low oil prices, the Nasdaq composite managed to reach an all-time high in early September 2016. While many private companies today would rather avoid the level of transparency required for an IPO, market dynamics are beginning to encourage IPO thinking again. We expect market volatility to decrease further after the U.S. election, creating an environment in which a sustainable rebound could occur.

Learn more about our perspectives in the new State of the Markets report.

This material, including without limitation to the statistical information herein,is provided for informational purposes only. The material is based in part on information from third-party sources that we believe to be reliable, but which have not been independently verified by us, and for this reason we do not represent that the information is accurate or complete. The information should not be viewed as tax, investment, legal or other advice, nor is it to be relied on in making an investment or other decision. You should obtain relevant and specific professional advice before making any investment decision. Nothing relating to the material should be construed as a solicitation, offer or recommendation to acquire or dispose of any investment or to engage in any other transaction.

Companies referenced are not affiliated with Silicon Valley Bank or any of its affiliates.