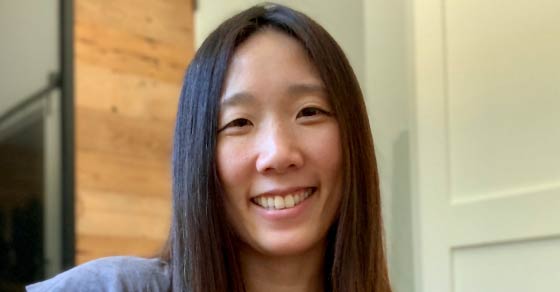 In 2008, as the recession was crashing down on the economy, Sandy Jen and her co-founders were in the hunt for a sizable series C round of funding for their startup, Meebo.

Founded three years earlier, Meebo had been doing what a lot of startups do: iterating on its  original idea — a web-based communications service — to find the right product-market-fit. Early investors had embraced Meebo’s overall vision of bringing instant messaging to the web, much like Hotmail had done for email, and they were happy to let the company experiment until it perfected its product and business model.

But following the collapse of Lehman Brothers, VCs’ appetite for risk had nose dived. With rare exceptions, their wallets were on virtual lockdown. Vision alone was no longer sufficient. Jen remembers the VCs Meebo met reacting with some version of the same question: “When are you going to get revenue and how much?”

Meebo was able to secure a $25 million investment, as Jen puts it, “by the skin of our teeth.” It was nothing like earlier raises. “We couldn’t just work on dreams,” she says. Investors demanded that Meebo commit itself to a hasty push toward revenue, a dramatic change after a few years of cushy creative product development. “If we didn’t make a business of what we were doing, we would go away,” Jen says.

In Silicon Valley’s dream-big-or-go-home ethos, entrepreneurs expect, and are encouraged, to have the freedom to create and experiment. But that changes with every downturn. In the 2001 dot-com collapse, companies once valued in the triple-digit millions suddenly became worthless because they had no revenue. Startups that survived the Great Recession did so because they learned those lessons. The same forces are at play now that the Covid-19 crisis has once again made it harder for startups to access capital.

That’s what makes the story of Meebo’s so timely. Through grit — but not without some near-misses — the company found its way to a solid business model and ultimately was acquired by Google in 2012 for a reported $100 million. Jen says the lessons learned have helped her and her Meebo co-founder Seth Sternberg to build their latest venture, Honor, with more of a revenue imperative, an awareness of broader economic conditions, and a better understanding of how to manage teams through the twists and turns of a new business.

Be nimble and stay on top of technology trends

Meebo launched before the mobile revolution, when digital communications was something that happened on our computers. At the time, a Web-based instant messenger (like today’s Google Chat or Facebook Messenger) made sense. But by 2008, when the Great Recession began, the iPhone was a year old, and smartphones were quickly becoming the preferred tool for digital interactions. What’s more, the rise of social networks further threatened to make Meebo’s messaging service obsolete.

That, along with the downturn, amounted to a wakeup call. It convinced the Meebo team that  the answers to its woes were in a pivot that would embrace the forces that were reshaping the web. “We thought maybe we can find a foothold and make a push as the internet was becoming more social,” Jen says.

Even in a downturn, businesses have pain points

While everyone wanted in on the social bonanza, Meebo soon found its entry into it. Social, as it turns out, was putting a particularly tight squeeze on one sector: media publishers. “We could tell that publishers were worried they were going to miss riding the social wave and to lose out to new competitors who would get all their users,” Jen says. Hoping to market to them, Meebo enhanced its core messaging product with features that could help publishers embed social and communication services on their sites. With enough publishers on board, Meebo could aggregate that traffic and sell it to advertisers.

Downturns force more short-term focus and if you’re able to get past that, the road to big dreams is well paved.

The plan, endorsed by Meebo’s investors, seemed sound. But as it turned out, the big publishers that Meebo hoped to serve weren’t ready to make the investment, in part because of the downturn. It wasn’t a failed strategy, it was just too early.

The long, and fruitful, tail

A relatively new business concept — “the long tail,” which entered the startup lexicon after the 2006 publication of a book by the same name — came to Meebo’s rescue. The idea was to target lots of small customers rather than a few big ones, and the burgeoning web was an ideal place to do that.

“We knew it would be easier to work with a lot more small to mid-sized publishers,” Jen says. “We could aggregate more volume with smaller sites and then have more influence and spread to then engage with larger publishers.” A particularly fruitful target was MySpace, where users could add “widgets” to their pages. “If you were 18 and you had a MySpace page, you didn’t care about the recession,” Jen says. The “Meebo Me” became a popular way for MySpace users to chat with a site owner or one another.

The traction with long tail sites allowed Meebo to work out kinks with the product as it built momentum. When big publishers eventually came around as the economy began to recover, Meebo was ready for them and could demonstrate the tangible results of its social web offering.

Rally the troops but ground them in reality

While Sternberg, who was CEO, worked with the board to refine Meebo’s plan, as CTO Jen was tasked with delivering the product changes and guiding the team in the new direction. That posed its own set of challenges.

Until then, the company’s engineers had been motivated by the opportunity to be creative with a consumer app, taking it in different directions and bringing new ideas to the table. All of a sudden, there was a clear revenue imperative and everything had to line up behind that. Many were unprepared for the shift, and surprised about it. “I hired people who really wanted to explore that space and the technical challenges that went along with that,” Jen says.

Jen, who was in her 20s at the time, admits that as a first time founder, she was new to the responsibility of having her team’s livelihoods on her shoulders. “It was an immense responsibility and one that I could not take lightly,” she says. “I really had to work with our leadership to make sure we were communicating the reasoning and strategy behind our shift.”

The experience taught her an important lesson. While it’s great to motivate teams with the promise of interesting technical challenges and exciting discovery, leaders need to balance long-term vision with an understanding of the economic realities facing any business, especially in a downturn. Bold visions and audacious goals are really only unlocked when they are built on top of solid fundamentals. “Downturns force more short-term focus and if you’re able to get past that, the road to the big dreams is well paved,” Jen says.

Mental Health Awareness: It’s Ok Not To Be Ok

Mental Health Day is October 10, promoting awareness around mental health challenges. This blog discusses mental health and the investments into technologies supporting it.