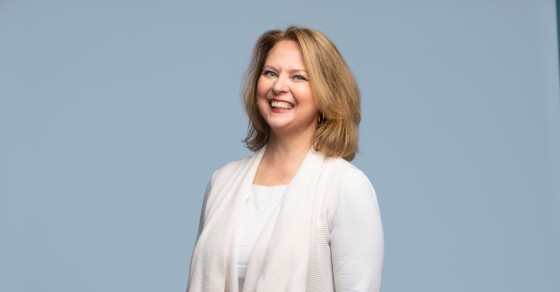 
Laura Onopchenko is used to the skepticism and thinly-veiled condescension. As CFO of NerdWallet between 2017 and early 2020, she’d heard it so many times — at investor conferences, cocktail parties, and just about anywhere she goes in Silicon Valley — that she learned to take it in stride.

The swipe at her, and at her company, boiled down to some version of this: “You guys must not be very ambitious to be profitable.” It was always delivered politely.  “People say it in a nice way,” Onopchenko says. “Because people are not inherently jerky.”

As it turns out, NerdWallet, which was valued at $520 million in its only venture round in 2015, is quite ambitious, having topped its own aggressive growth forecasts year after year. And it’s done so by remaining profitable for most of its existence. That makes the financial services and information startup something of an outlier in the growth-above-all culture of the venture-backed startup world.

As a veteran of the Valley who spent a dozen years as a venture capitalist starting at the peak of the dot-com bubble, Onopchenko is no stranger to the notion of putting growth head of profits. The formula has worked wonders for some of tech’s most iconic companies. After years of losses, the likes of Amazon and Salesforce, for example, became hugely profitable. It may still be the path to long-term success for many startups, she says.

But after spending six years outside the Valley as a top finance executive at Chiquita Brands International and pharmaceutical company DaVita Rx, Onopchenko is certain the growth-at-all-costs formula isn’t right for everyone. In fact, she thinks many companies, NerdWallet among them, have a better chance of succeeding over the long term when they prioritize profits. Understanding why is critical in a startup ecosystem, where even after debacles like WeWork, “profitability is not part of the conversation for most people,” she says.

“The folklore in the Valley has become that you are either growing fast or you are profitable,” Onopchenko says. “People talk about it as if it's an absolute trade. And what gets lost in this conversation is any sense of nuance of how you balance growth and profitability in a way that’s right for your business.”

With her perspective solidified by the experience of NerdWallet, Onopchenko has become something of an advocate for a different way of thinking at growth-stage companies. Her message, and the story of NerdWallet, offer lessons for leaders of money-making and money-losing startups alike.

NerdWallet’s conviction that profitable growth was the right formula for the company preceded Onopchenko’s time there. Founded in 2009, the company relied heavily on search engine optimization to attract customers in its early years and was able to be efficient with its use of capital, dialing up spending on customer acquisition as revenue grew. “A lot of businesses face the choice of growing the top line or growing the bottom line,” Onopchenko says. “We’ve been able to have a healthy balance between the two.”

Working hand-in-hand with CEO and co-founder Tim Chen and others on the executive team, Onopchenko came to a quick, if painful, decision: cut 11% of NerdWallet’s workforce, or more than 50 people.

The results were immediate and went beyond the bottom line. As the company regained profitability quickly, morale across the company improved, Onopchenko says.

“We hoped that might be the case, but we weren't sure.” What’s more, the cuts helped to eliminate redundancies and inefficiencies. “Our operational effectiveness very quickly hit a different trajectory,” she adds. That paved the way for NerdWallet to have its best year ever in financial terms in 2018 and to top those results in 2019.

It’s important to start building this muscle when your organization is smaller as it gets increasingly complex as you grow.

Operating at a loss may make sense for a lot of businesses, Onopchenko says, noting that “a lot of incredibly smart people in the Valley” choose that path. That’s especially true for companies that compete in markets with network effects and with winner-take-all or winner-take-most dynamics, like ridesharing or certain marketplaces. “Everybody needs to look at their own unique set of circumstances and decide what’s the right playbook, the right balance,” she says.

Whenever NerdWallet executives did so, they came back to the same conclusion. The market for financial information services is huge, and a handful of large companies, including Bankrate and Credit Karma and others, can serve customers successfully with slightly different offerings. “There’s room for lots of us,” Onopchenko says. Running at a loss to accelerate market share gains is certainly an option, but the company has rejected it time and again. “The good that we would gain versus the ability to control our destiny, it just doesn’t make sense,” she adds.

For starters, profitability means NerdWallet doesn’t have to constantly worry about where its next source of capital will come from. That has powerful secondary effects that empower the executive team to make decisions focused on long-term success.

Take marketing, for example. In 2019, NerdWallet embarked on its first national branding campaign, a double-digit millions effort to increase its name recognition across the country.

“If you were a company that was approaching a funding round, you would probably say, ‘hey, let’s just throw it all up against that wall and do everything we can to show that we can generate revenue,’” Onopchenko says.

Instead, NerdWallet was able to plot its campaign methodically and deploy it gradually. Following a “test and learn” approach, which Onopchenko calls one NerdWallet’s core values, the company tried a mix of messages and media types in a handful of small markets, iterating based on the results. “We tweaked some of the media mix and did all that ahead of the nationwide launch this year,” she says.

The approach wasn’t just good stewardship of dollars. It also gave Onopchenko additional ammunition as she built a financial plan for 2020. The results of the various tests allowed her to forecast the additional revenue the campaign would generate with a fair degree of precision. That, in turn, helped to support other spending priorities.

“If I didn’t have the confidence to count on those dollars coming in, I would under-invest in other things this year,” she says.

"Everybody needs to look at their own unique set of circumstances and decide what’s the right playbook, the right balance."

NerdWallet’s focus on profitability has also had important cultural and organizational benefits, Onopchenko says, as it has encouraged more collaboration and coordination across the company and forced NerdWallet to face complex issues that are paramount to long-term success. “Being singularly focused on maximizing revenue is easy to operationalize,” Onopchenko says. “Adding profitability to the mix makes everything exponentially more challenging.”

At any company, only a fraction of the staff is involved in generating revenue, she says. So if growth is the singular priority, it requires little internal coordination. “When you add profitability to the mix, every single person in the organization plays a role,” Onopchenko says. “For example, headcount planning isn’t about getting as many heads as fast as you can to grow the top line. It’s about responsibly adding resources to achieve both top line and bottom line growth, which requires alignment, engagement and trade offs across the entire organization.”

This level of coordination is challenging for a 400 person company. But the challenge grows far more complex with 2,000, or 10,000, or 20,000 employees, especially if the company hasn’t built the infrastructure to facilitate these trade offs. “It’s important to start building this muscle when your organization is smaller as it gets increasingly complex as you grow,” Onopchenko says.

Second guessing — to a point

Despite her convictions, Onopchenko still paused every time someone questions her approach. “I may go back to my hotel room and find myself thinking all night and listening to a podcast about network effects — see if I am missing anything,” she says. “I’m open to not being profitable if anyone can show me that there’s something I should spend money on that changes how much long-term shareholder value we can create.” So far, she’s sticking to her approach. “We’ve put a lot of thought into this. We feel like we have a great playbook.”

And Onopchenko always took comfort from the support she got from one group: fellow CFOs. Whenever she spoke of NerdWallet’s profitable growth, she got something of a verbal high-five. “Their response is always, ‘That's great. I'm so jealous.’”

COVID 19 has made startups reimagine the work environment. Here is the guide that explains the ways startups should plan to re open and get back to office in the post pandemic world.
Read more