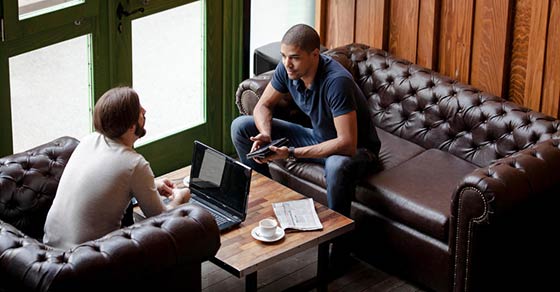 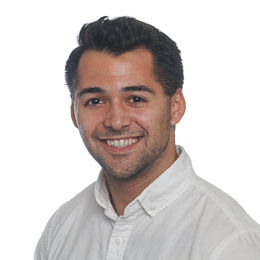 Equity is your most valuable currency. Here’s how to use it well for hiring.

Startups are all about talent. And since cash is always limited, you’ll have to rely on equity to attract key hires. But how much equity should you offer that engineering whiz or veteran VP of sales? The answer will depend on skills, seniority, and of course, timing. Here’s advice from some veteran entrepreneurs and VCs that will help figure out what makes sense for your own startup.

Anu Shukla had found the perfect VP of Engineering to help her build her latest startup, a company called RewardsPay. By that point, she had founded or cofounded several venture-backed startups (she’s up to five). The standard, she knew, was a roughly 1.5% to 2% stake for a key employee at the executive level.

But Shukla knew sometimes you need to give up more to get the right person. “At that point, there wasn’t much cash in the company,” Shukla says of RewardsPay, the company she founded in 2010 to help consumers convert rewards points into a commodity they could spend elsewhere. “This is the person we were asking to come in and build the technology and build our technology team,” she adds. He was also someone with experience who could command a sizable salary from a more established company.

Shukla ended up giving him a 3% equity share in the company. He needed to remain motivated to stick around for the long-run, Shukla explains, “and we also knew through subsequent rounds of funding he would become diluted.”

Tech’s main currency is built on a range of factors

Equity, typically in the form of stock options, is the currency of the tech and startup worlds. After dividing initial stakes among themselves, founders use it to lure talent and compensate employees for the salary cut that they almost inevitably will take when joining a startup. It helps keep employees motivated with the tantalizing prospect of a big payday when the company is sold or goes public.

But how much equity should founders grant the first engineers hired to help them build their product and the new hires that follow? What about that highly coveted VP of Sales brought on once a company has a product to sell? And what about others a young startup seeks to enlist in the cause, including key advisors whose insights and connections might increase its chances of success or perhaps an outside director with the right expertise to join a nascent board of directors?

Properly parceling out equity is a challenge for first-time founders. What stake an employee deserves depends on a range of factors, from skills to seniority and employee badge number.

“Is this employee #5 we’re talking about or employee #25?” asks serial entrepreneur Joe Beninato, who has founded or cofounded four startups and worked at another four. “What’s the experience of the person coming over? You have to look at each situation individually.”

"You have to look at each situation individually.”

Yet while complex, several online guides provide compensation benchmarks that help founders think about the size of each slice of the company they give away when recruiting talent. Index Ventures, for instance, has published a handbook aimed at helping entrepreneurs figure out option grants at the seed level. At a company’s earliest stages, expect to give a senior engineer as much as 1% of a company, the handbook advises, but an experienced business development employee is typically given a .35% cut. An engineer coming in at the mid-level can expect .45% versus .15% for a junior engineer. A junior biz dev person should expect .05%, which is the same for a junior person coming in as a designer or in marketing.

And just because someone gets a big title, it doesn’t mean you should give away the store. “We see a lot of role and title inflation going on at the seed stage, which is best avoided,” warns Reshma Sohoni, co-founder and general partner at Seedcamp, a European seed fund quoted in the Index handbook. “At this stage, you are unsure of who is going to continue the adventure with you.”

When Shukla was building her team at RewardsPay, she gave the earliest engineers joining her team an equity share of between .5% and 1%, depending on both experience and a person’s salary requirements. Some were willing and able to work for a minimal salary and higher equity, whereas others asked for higher cash compensation because of their personal circumstances. Regardless, Shulka says, “The early team you put together definitely gets a lot more stock than later employees.”

Indeed, in many circumstances, the timing of an employee’s decision to join has a disproportionate impact on how much equity is offered. It makes sense: the earlier someone commits to your startup, the more risk the hire is taking on.

If a key hire is the third person joining a two-person team, he or she can almost be considered a co-founder and may get as much as 10% of the company. But if a head of sales or VP of marketing joins once a startup has a product to sell and promote, they may get between 1% and 2%, depending on experience.

“The percentages really vary dramatically,” Beninato says. “I don’t want to say it’s like a decaying exponential, but it’s something like that. The first people get more, and it goes down over time.”

The early team you put together definitely gets a lot more stock than later employees.

Time for an employee option pool

Eventually, founders need to think about creating an employee option pool — a more disciplined way to award equity over shaving off more shares with each new hire. “After a seed round, you want to have that employee pool at around 10% or 12%, plus or minus,” says James Currier, a four-time founder who is now a managing partner at NFX, an early-stage venture capital firm. Calibrating the precise size of that option pool, Currier and others say, depends on a company’s hiring ambitions over the coming 12 to 18 months — through a next funding cycle.

Again, online guides can help. The Holloway Guide to Equity Compensation, for instance, is an 80-page handbook that explains arcane terms such as “cliffs,” “claw backs,” “single trigger” and “double trigger” that any entrepreneur must know to even understand what their lawyers and advisors are telling them. The guide also identifies landmines to avoid and breaks down the equity ownership of a pair of sample companies whose employee pools range from 9% to 20%.

Over time, founders will need to tinker with the option pool as everyone’s shares are diluted with each venture round. “After an A, you want to put it back to 10 to 15%, depending on how many managers you need,” Currier says. Adds Anu Shukla, “Usually, the VCs are going to ask for a completely empty option pool where every share is available.”

The size of the option pool must be part of the negotiations with any venture capitalist — and founders would be wise to have thought about the issue before sitting in a VC’s conference room. “VCs often sneak in additional economics for themselves by increasing the amount of the option pool on a pre-money basis,” warn Brad Feld and Jason Mendelson in their book, Venture Deals: Be Smarter Than Your Lawyer and Venture Capitalist. At that point, the option pool is coming from the founders’ shares and those of their earliest investor so Feld and Mendelson encourage founders to push back if they feel the VCs are asking for an unduly large option pool.

“The entrepreneur can say, ‘Look, I strongly believe we have enough options to cover our needs,’” Feld and Mendelson advise. To protect the VCs, they say, offer full anti-dilution protection in case the founders are wrong, and they need to expand the option pool before the next financing.

No one gets everything at once

Equity awards, regardless of their form, are subject to vesting schedules. Traditionally, startups have used a four-year benchmark with a one-year cliff: no ownership until an employee has worked twelve months, and then 25% for each year worked (or an additional 1/48th for every month worked). Yet there’s also the growing recognition that building a successful company usually takes a lot longer than four years, and options are about retaining people to build something great. As a result, longer vesting schedules are becoming more commonplace.

The growing time it takes companies to go public or be acquired is also affecting other stock option terms. Typically, employees have had up to 90 days after leaving a company to exercise their options, which can be costly and come with a large tax bill. Now companies are sometimes extending that period well beyond 90 days so that an employee won’t end up with nothing if they leave long before they can turn their equity into cash.

Boards of advisors and directors

Equity is also suitable for drawing a different kind of talent to your company: experienced people in the field who won’t come to work for you full-time but, if their interests were aligned with yours, might serve as advisors who increase your chances of success. (At this stage of a company, non-founder board members are likely to be its investors, so their equity will be commensurate with the size of their investment.)

Currier, the serial entrepreneur turned venture capitalist, says he typically offered between .1% and .3% of the company to attract an advisor to one of his companies. “What you’re hoping for is that one advisor who tells you something that triples the value of your company,” he says. “The problem is you don’t know which one of the five or six people you’d brought in as advisors will be that person. So you pay them all .2% and hope one gives you that idea that more than pays for itself.”

The Takeaway: Cash is limited, but so is equity

Giving out equity may feel painless. After all, it’s an easy way to preserve your cash as you staff your startup with top-notch hires that can significantly increase your chances of success. But take the time to understand the value of what you’re giving away, and bring discipline to the process early by creating an employee pool. Then if you have to spend a little extra to get someone really exceptional, as Shukla’s RewardsPay had to do, you’ll know where you stand.

Written by
Joe Sweeny
The views expressed in this column are solely those of the author and do not reflect the views of SVB Financial Group, or Silicon Valley Bank, or any of its affiliates. This material, including without limitation the statistical information herein, is provided for informational purposes only. The material is based in part upon information from third-party sources that we believe to be reliable, but which has not been independently verified by us and, as such, we do not represent that the information is accurate or complete. You should obtain relevant and specific professional advice before making any investment or other decision. Silicon Valley Bank is not responsible for any cost, claim or loss associated with your use of this material.