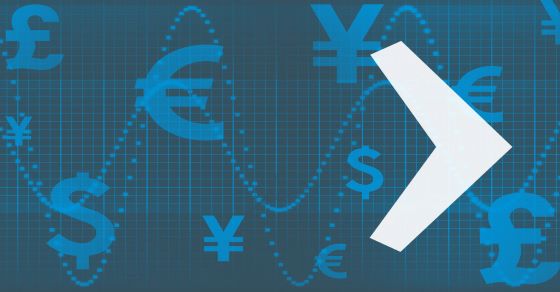 Technology companies are not only waiting longer to go public, but also approaching IPOs with larger and more mature businesses than before. In many cases, by the time these companies file they have substantial overseas revenues and correspondingly large currency exposures.

Nine in 10 of them reported global revenues. The companies under review generated 34% of revenues outside the United States, on
average — nearly as high as the average percentage of international revenues at S&P 500 companies. 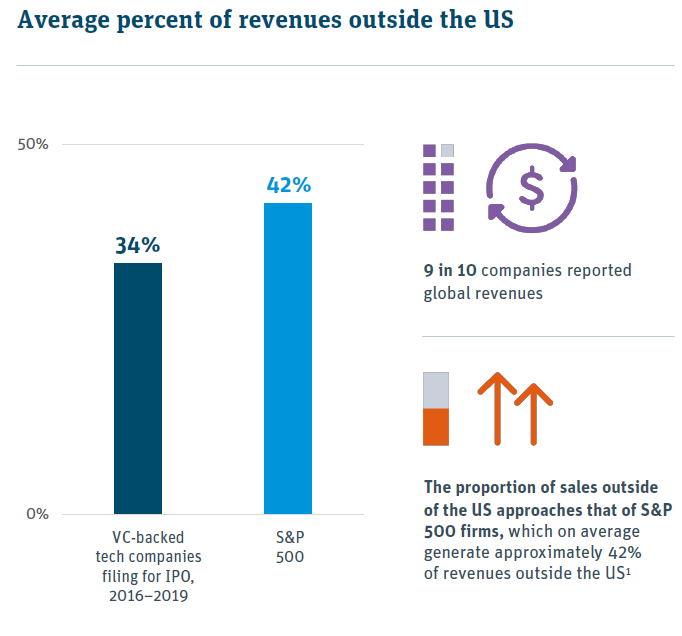 IPO filings consistently reported that pre-IPO tech firms' international revenues were growing much quicker than US revenues. Although international growth comes off a lower base and could slow in future years, tech firms' global currency exposure seems likely to increase in the years to come. 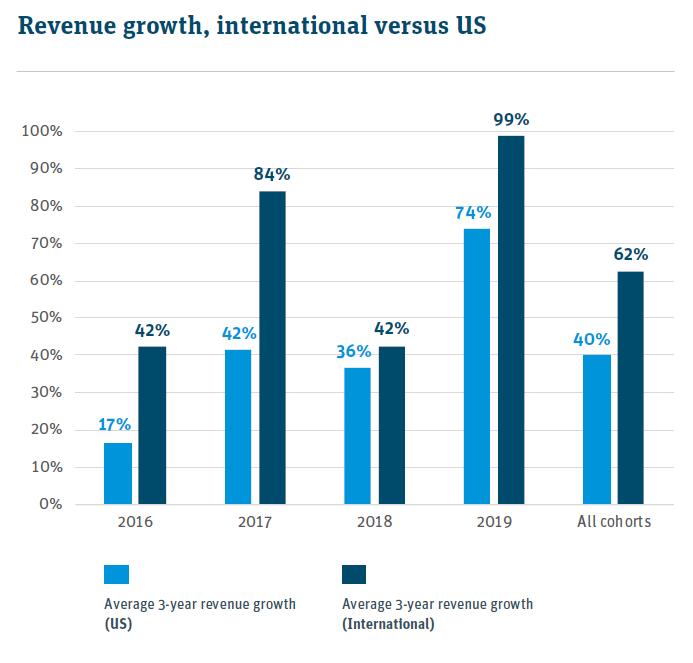 Generating substantial and increasing revenues outside the United States exposes these pre-IPO tech firms to considerable foreign currency risk. They know this: 90% of the firms reviewed identified FX as a risk factor in section 1A of their IPO filings.

But knowing the risk exists is not the same as understanding its impact on profits, which is the essential first step toward managing FX risk. To learn whether these firms had visibility into the ways currency risk affected their bottom line, we examined whether they broke out currency impact on their income statements. Very few did, suggesting that many pre-IPO tech firms have little visibility into an important risk that could affect profits. 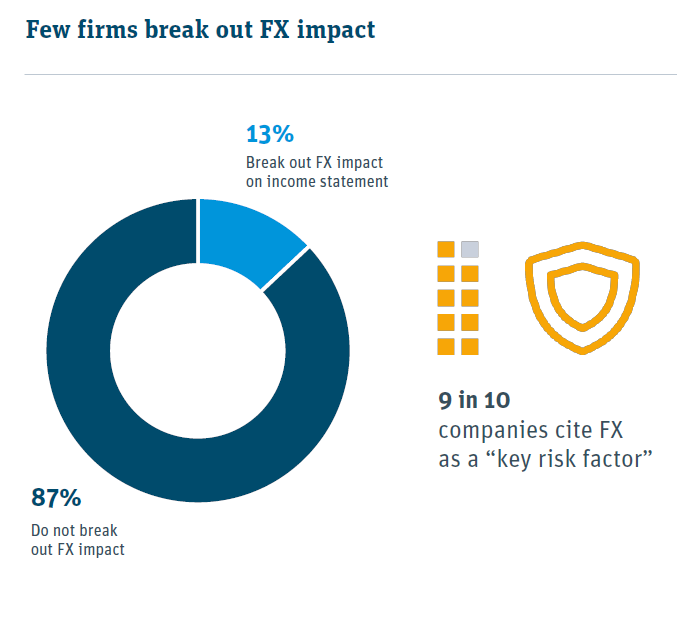 We examined whether the firms under review were taking steps to manage their FX risk. We found that many firms price their overseas goods and services in US dollars. That practice serves as a natural hedge to the currency risk associated with those revenues, but it tends to become more difficult as companies scale. Moreover, the vast majority of costs (84%) came in local currencies. 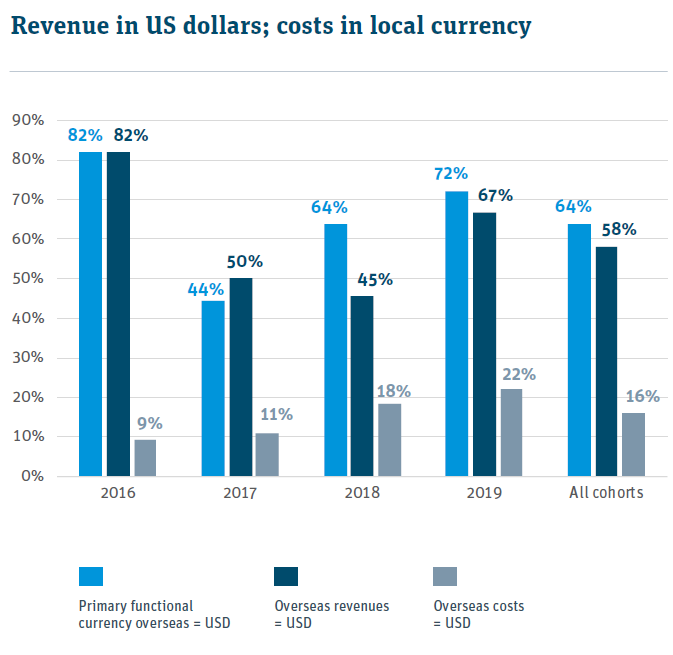 Most do not hedge with derivatives (yet)

Large firms commonly use derivatives2 to hedge currency risk. That practice was relatively rare among tech companies filing for IPOs between 2016 and 2019: One in 10 companies overall hedged FX risk using derivatives, including one in six among firms that reported non-US dollar revenues. About half hedged with other approaches, such as: 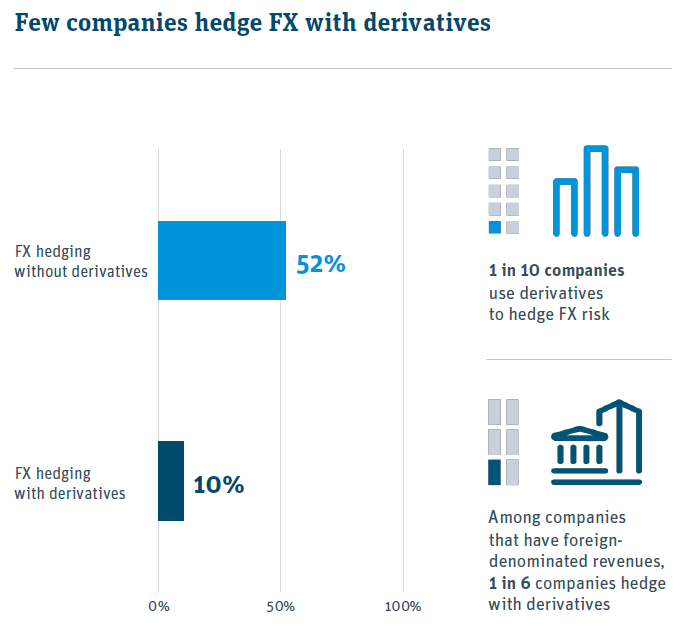 Follow-up study: FX practices at the next stage of the business lifecycle

Should pre-IPO firms take a more intentional and active approach to their FX exposure? We sought insights that could help answer that question by examining tech companies at the next stage of the business lifecycle: publicly traded small-cap US technology firms, represented by the Dow Jones US Small-Capitalization Technology index (Bloomberg ticket: DJUSSTH).

These companies' degree of FX exposure was strikingly similar to that of the pre-IPO firms we reviewed: 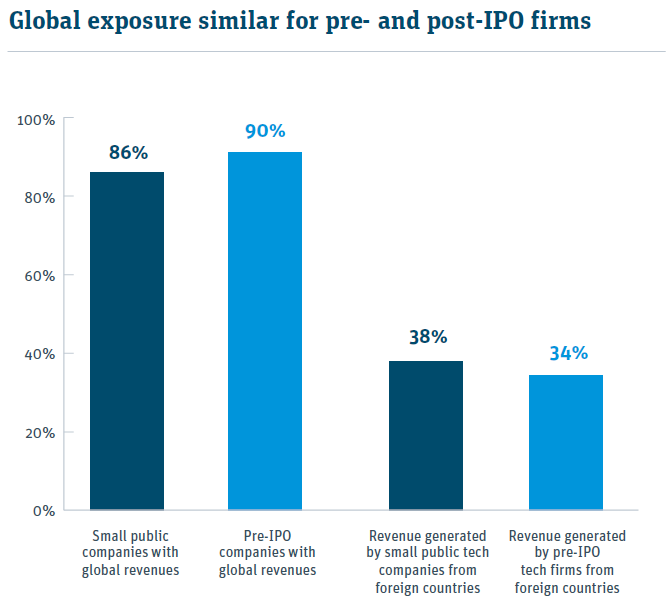 Given that post-IPO firms do not have significantly more FX exposure that pre-IPO firms, their greater use of derivatives to hedge currency impacts may reflect not a response to the size of their exposure, but rather a step in the corporate maturation process. 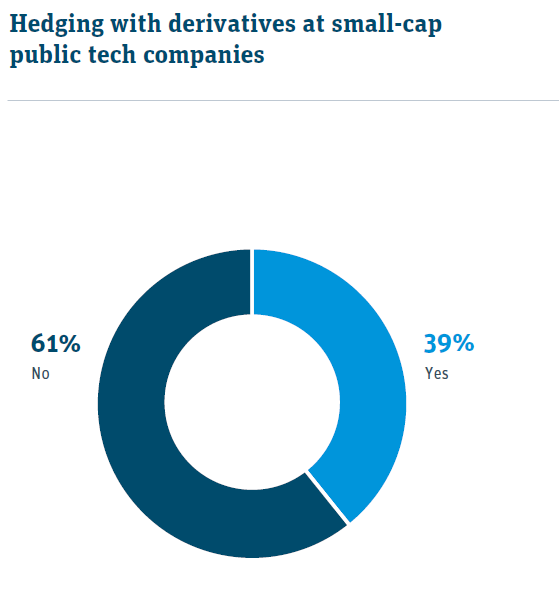 We compared the profitability of companies that hedge with derivatives with those that do not. Specifically, we examined several key metrics related to EBITDA (earnings before interest, taxes, depreciation and amortization), a useful tool for gauging core profitability. Companies that hedged currencies using derivatives performed significantly better on a variety of EBITDA measures.

An important note is that our statistical bias testing established that size alone does not fully explain why companies that hedge using derivatives are outperforming competitors. 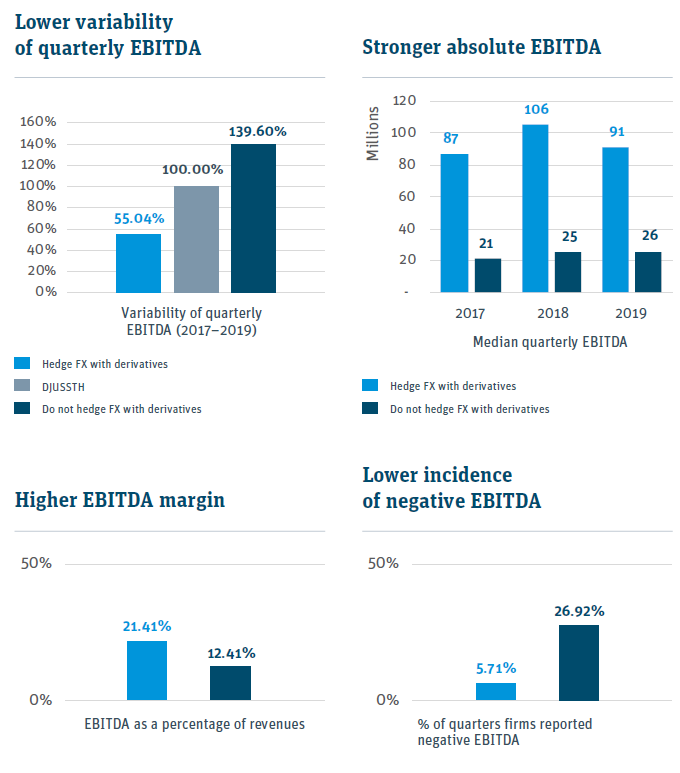 Today, profits are paramount. As high-growth companies navigate the current environment and plan for the future, they might consider emulating the practices of the most successful and profitable companies at the next stage of the lifecycle. A conscious, intentional approach to understanding and managing FX risk is one of those practices.

A trusted partner can guide high-growth firms through a methodical process to gauge and address FX impact:

If you’d like to discuss your specific situation or more details of this study, contact the author, Ivan Oscar Asensio, Head of FX Risk Advisory, at iasensio@svb.com or your SVB FX Advisor. 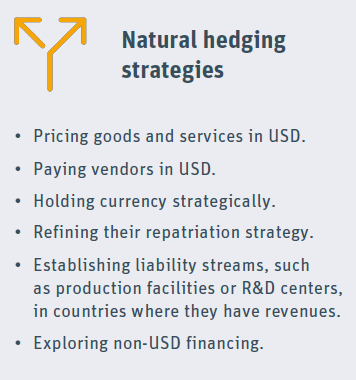 Go to top
Share this article:
Written by
Ivan Asensio